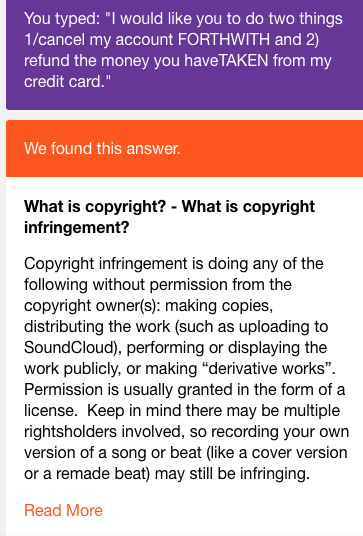 Last year I resubscribed to SoundCloud but when I tried signing into my new account it would not allow me to do so and kept going in a loop.

Yesterday, out of the blue I get a receipt for $162 which they simply took from my credit card without notification or invoice.

After a long search, through last years email from the robot I found a link to open a ticket

When I did that I got a response from a robot, as above.

Scrolling down the thing for opening a ticket I found ANOTHER link to send them an email. I filled out the thing with the same question 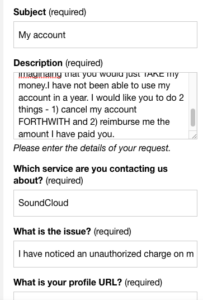 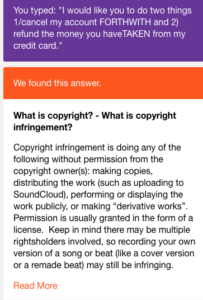 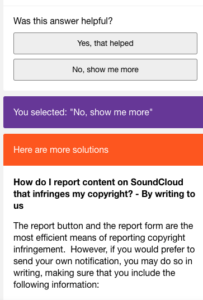 This morning I checked my email and found a response. The response came from….
….A ROBOT!

Canceling the credit card does not always work either because I had an experience of one company finding they couldn’t charge my credit card, so they managed to get my new details and charge off that.
That’s the bank. When dealing with the absolutely dreadful Bluehost in the United States at least I was able to ring them and talk to a human automaton.
P.S, I followed the instructions for canceling my account.
(It is obvious they won’t reimburse even though they never so much as give notice that they were taking my money).
No email to confirm that I have been successful.
Nothing.
So, I am back to having a conversation with a robot and hoping I get a response.
This is the world of AI and the world of European / German fascism

One thought on “Soundcloud are corporate thugs”