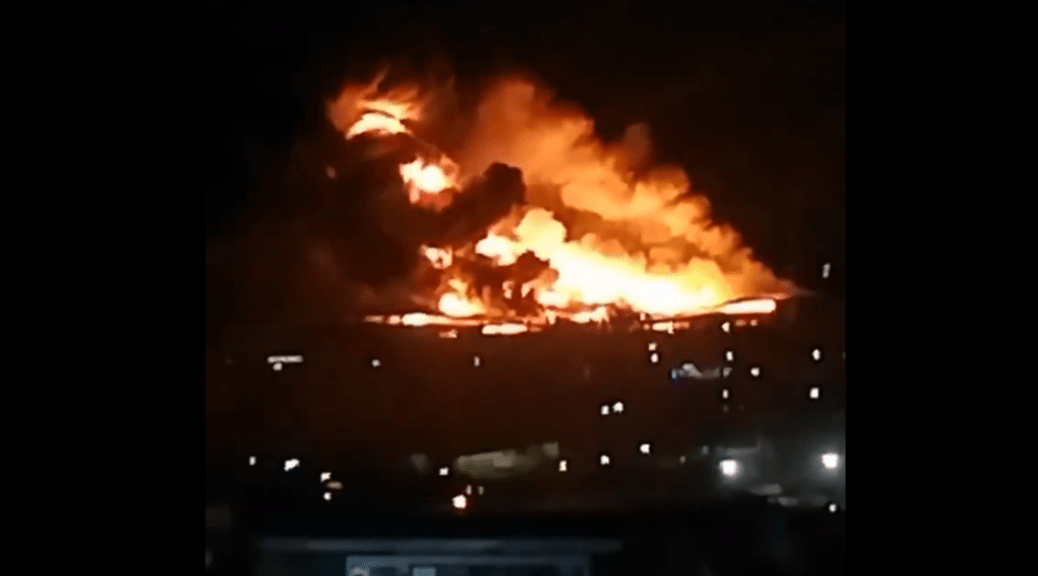 Hal Turner has done a report on South Africa. Near silence from most of the western media.

“NO FOOD LEFT” IN KZN, SOUTH AFRICA – “RACE WAR” BY ZULUS TO “STARVE-OUT WHITES AND INDIANS” 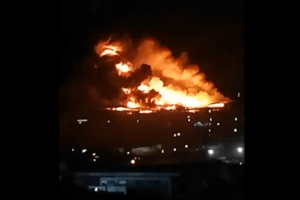 From South Africa, Wednesday, 14 July 2021, Day 3 of the South Africa societal collapse:  All food in KwaZulu-Natal (KZN) Province of South Africa has been either looted or intentionally destroyed.

The Zulu tribe is now publicly saying they intend to “starve-out” the white and Indian (sub-continent) people in that province.

On day 3 of the rioting and looting, it is now clear the _actual_ goal of the rioters is a Race War.

This audio update from a source in KZN, South Africa, which reports all food in KZN area of South Africa has been looted by Zulus (blacks). Farms are being attacked, and it is believed that the blacks are looting w/ the intention of starving out the whites/Indians. It looks like a race war is upon South Africa:

How many of YOU would be in the same situation — no food — if similar troubles came to your area?  Like YOU, the people in South Africa never thought it could happen.  Now, it has happened.

Social Media postings are saying it loud and clear:

In a looted S. African mall, a man lies dead as the poor pick over scraps Update (1810ET): As social unrest nears the 7th day in Gauteng and KwaZulu-Natal provinces, the South African Army Reserve has ordered “all Reserve Members” for duty on Thursday morning.

“As directed by Chief of the South African Army, Lieutenant General Lawrence Khulekani Mbatha all Reserve Members are to report for duty at First Light tomorrow morning 15 July 2021 at their respective units,” the statement read.

The statement wasn’t clear how many reserves the army has but a Wikipedia entry on the “South African Army” estimates around “12,300 reserve force personnel.”

Update (1702ET): Vigilante groups and armed community members patrol Gauteng and KwaZulu-Natal, the two provinces hit hard by the social unrest in South Africa. The country could become a failed state as the police and military have yet to quell the violence.

President Cyril Ramaphosa released a statement Wednesday that deployment of the military will expand. Political leaders have requested the president to put more boots on the ground as local police forces are overwhelmed. In some areas, police have looted businesses themselves as the country descends into what could be a failed state.

“President Ramaphosa welcomed proposals made by political leaders and said expanded deployment of the South African National Defence Force was being addressed,” according to a statement from the president.

According to the “Unrest Map” via PolicyLab, the unrest unfolds in two provinces, Gauteng and Durban.

Many rioters have crushed massive supply chains and transport networks in Johannesburg and the southeastern province of KwaZulu-Natal.

The Port of Durban, the fourth-largest container terminal in the Southern Hemisphere, has been impacted by the looting. Reuters reports looters have hit Durban warehouses and other news outlets say the port area has come to a standstill.

“Sadly, South Africa is on its knees. Entire communities have been razed, but more significantly – at least for those trying to calculate what the future might hold – the violence has targeted vital nodes of distribution: logistics capacity in Mooi River; local food and dry good stores throughout eThekwini; large malls and warehouse facilities along the coastline and up into Pietermaritzburg,” local newspaper Daily Maverick said.

Here are more visuals South Africa may be descending into further chaos.

YouTuber “Paratus” describes ‘citizen militias’ are guarding communities as the police and government have failed the citizens.

Gunshots are heard in KwaZulu-Natal.

All of this suggests the South African government should expand domestic military operations to quell unrest or risk spreading to other provinces by the weekend.

South Africa could be on the verge of collapse, and all the warning signs are there. The looters have targeted foreign shops, shopping centers, distribution centers/warehouses, and raided gun shops. Shortages are emerging in food, fuel, and ammo.

Over 70 have reportedly been killed since social unrest began last week after ex-president Jacob Zuma was jailed for failing to appear at a corruption inquiry. Supporters of Zuma, the nation’s first Zulu president, have been on a looting spree that has crippled KwaZulu-Natal and parts of Johannesburg and disrupted national supply routes, resulting in food and fuel shortages in the affected area.

According to the Consumer Goods Council of South Africa, more than 600 stores have been looted with hundreds millions of dollars in damage.

President Cyril Ramaphosa deployed the military to quell the unrest, but nothing has worked so far worked.

Civilians are defending their own communities and running low on food, fuel, and ammo; supply chains are destroyed, and it wasn’t quick, about a week, as the country faces collapse.

On Tuesday, Sapref refinery near Durban, operated by Shell and BP, had shuttered operations due to civil unrest.

There’s also news that the country’s top chicken and meat processor, Rainbow Chickens Ltd., was raided by looters, which means widespread food shortages could be imminent.

Allegedly, some security firms are reporting police are “low on ammunition.”

Supposedly from a security group, looters are targeting all the gun shops.

Community members have set up private patrols to defend their community from rioters.

Someone explains that the unrest from Zulu rioters is to starve out the “Whites/Indians.” The unknown person said this could be “civil war.”

More scenes of the chaos.

Even the police are looting.

Footage of private residences being petrol bombed by rioters.

Massive manufacturing facility on fire. This was one of many set on fire this week.