If you wan to get a good sense of where things are going in Ukraine you don’t need to go any further than this discussion.

Andrei Martyanov is someone I have been aware of for some time but never listened to or read.

He is an insider with a background in the Soviet Union who lives in the United States who understands the Russian military as much as anybody.

He Forgot To Clarify…

… that these brave “warriors” get pleasure only from wars in which they have the opponents armed primarily with AK-47s, RPG-7s and IEDs. That’s easy. (Real) war, on he other hand,

where your unit is decimated by high precision stand-off weapons and then rounded up and dug into (buried) the ground by artillery and the remnants of demoralized and scared grunts are taken POWs after that–that what REAL war is. It is not safari, it is a mass slaughter, but then again, they should have told this and other dudes like him from many other NATO countries when giving them their “job description”. Fire density, fire raids and shit like that. Hey, at least they could have listened to Iron Maiden’s immortal Trooper. Good song, good song, plus Bruce, actually, got his graduate degree in history and is a world-class pilot and fencer…

In related news, here is an example of  tactical C2 by Russian forces in which Russian tank disposes of  VSU’s T-64 based on recon in real time from drone.

They didn’t even try to get their third guy. Russians got to him after that but said he was dying. I am not sure if they managed to save him, but you can be 100% sure that everything possible under circumstances to save him was done.

I will, for now, abstain from commenting on this Canadian general until I hear official confirmation (albeit, the probability is high that he was taken POW) but in related news, Pentagon, and their Shitstone County local drama theater amateur actor John Kirby, says that: They don’t see any interest from Russian side to maintain any contact (in Russian). Who would, may I ask you?

Larry elaborates, by means of Baud’s thoughts, on the issue of this famous Ukie myth that they were fighting Russian Army for the last 8 years.

One of the myths readily swallowed in the west is that Russian troops entered Ukraine in 2014 and fought alongside the people in the Donbass who were fighting the Ukrainian Army. Baud says this is not true.

It is an important point, and this myth was sold to psychotic Ukie public and was amplified many fold by Western propaganda. No doubt, Russia did offer some assistance to LDNR in 2014-2015. But as VSU and many ignoramuses in the West who “planned” VSU assault in March of 2022 on LDNR, the assault which was forestalled by Russian Army SMO, the actual fighting with even numerically inferior Russian Army is a whole other story altogether. Only completely delusional people believe that BSU at this stage exists as well-organized and controlled force and not a collection of separate units with dwindling combat effectiveness.

Think about this for a minute–if the Ukrainian Army could not defeat the militias in the republics of Luhansk and Donetsk over the last 8 years, how in the world is that Army going to defeat the Russian Army? It is delusional.

It is delusional. And so are the West’s “planners” who thought that they can impose a long and costly war on Russia. As a good friend of mine, Bonnie Faulkner sent to me today. LOL)) I can confirm: 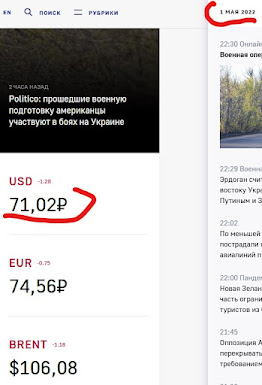 As you can see, Russia is dying especially dramatically today. On a lighter note. Russia opened a new bank for especially dense Europeans. You can transfer payments in this bank in any currency you want. 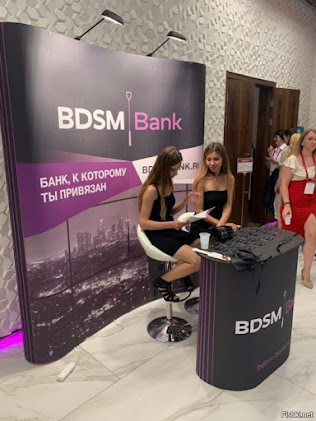 Just no complains about services rendered are allowed in this bank.