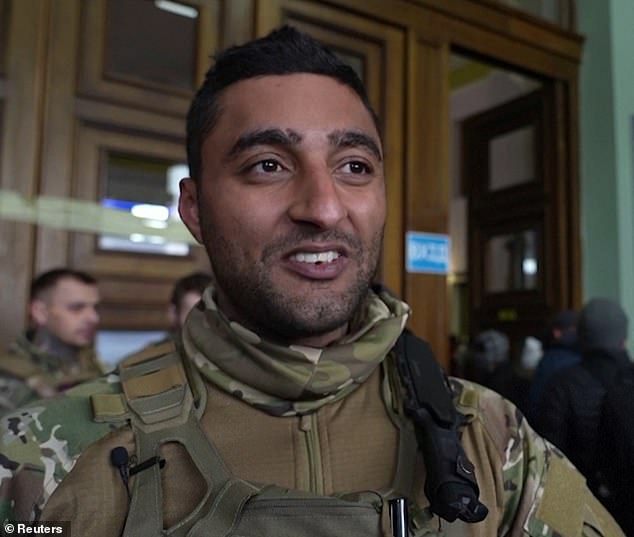 The second part of the confrontation between the British and American special forces with Spetsnaz in Eastern Ukraine has been published. In the 7-minute video, the Russians locate the group that dropped an anti-tank “Matador” on the BTR-80.

A battle ensued in the forest with British and American forces then falling into a Russian ambush. Mine seriously injures a member of their team.

The leader of the group is 30-year-old Ben Grant, son of the British MP Toris, Ellen Grant. Grant served for 5 years as a Paratrooper in the Marine Corps.

According to Grant, this is a joint operation of American and British special forces. The operation lasted 15 hours and was supported by 14 other Ukrainian soldiers.

Grant claims that about eight Russian soldiers were reportedly killed in the attack. The losses of the British and Americans are unknown. However, according to information, the audiovisual material lasts 40 minutes in total. The rest has not been made public.

US & British forces ambush Russians: The first “clean” confrontation in the forests of Ukraine (video)

“My 15-member unit, consisting of British and American volunteers and two Ukrainian translators, was preparing for an attack on a Russian target near Kharkov when we were ambushed.

I think they must have spotted us in advance with drones and set up their lines; so as we went on shots were fired as you can see [in the video].

“Dean was at the end of my group when he went to his knees; we shot, we lowered our heads and we shot them. I was terrified but he pushed me to complete my most important goal, which at that time was to get him and my team out of danger.

“What was so scary was being so restrained trying to carry someone when I could not lift my gun, while there were attack helicopters from above and tanks flying into the woods. It was unreal – I have never experienced anything like this in my life. “

“We have to move now or we will die!”

Ben Grant is heard in the video shouting: “We have to move now or we will die!” as he and his companions dragged Dean Arthur to safety in the forest north of Kharkov.

In the dramatic scenes, Grant and his unit take care of Arthur’s leg and tell him, “You have to try to walk or we’ll die, man.”

He said the mine – believed to be remote-controlled – exploded near Arthur , “opening half his leg”, adding:

“I try to give first aid in the middle of the battle while there are Russians shooting at us and around us it is so difficult.”

Many times the British team tries to hide and Arthur screams in pain, but Grant motivates him by saying: “Come on Dean, come on, they will shoot us, come on”.

With the bullets passing over their heads, the British-American team lies on a stretcher to assess Arthur’s injury, cutting off his uniform to see the wound.

“Are you okay bro?” It is OK. Din… bravo, bravo… we have to leave, come on, I can not leave you. Grab his helmet – someone to help! Helmet! Helmet! You have to try to walk or we will die, man. “

Arthur: I was very lucky – Many did not return

Arthur, 42, of Staffordshire Stoke-on-Trent, said: ” All I can remember is that we attacked. We beat their positions with an RPG. A few seconds later I was on the ground.

“One of the children came to me.” It was excruciating pain, with incoming fire, artillery, I remember the guys grabbing me saying, “Go, go.” We met a doctor, he helped me, he gave me morphine.

“I was really lucky at the end of the day. “So many men did not return that day.”

The Ukrainians refuse to carry out orders

V. Zelensky and the leadership of the Armed Forces of Ukraine are proving fatal as they did not give an order to evacuate Severodonetsk in time, as a result of which the Ukrainian forces are suffering an overwhelming defeat at the moment.

The Russians control 70% of the city. Those left over from the Ukrainian armed formations defending the city have been trapped west in the industrial zone.

Chechen forces have captured several who said that the forces of the “Aidar” and “Right Sector” Battalions abandoned them at the most critical moment.

Yesterday there was timely information that an evacuation order would be given to the Ukrainian forces. It seems that either it was not given or it came too late as hour by hour the Ukrainian lines of defense collapsed very quickly after the barrage of attacks they received.

This was followed by the entry of Russian forces into the city from different points.

Severodonetsk under Russian control: “Salvo” with TOS-1 disbanded the Ukrainian defenses – They receive an evacuation order!

Russian journalists are in a hurry – The first shots

The Russians publish the first shots from Severdonetsk, its suburbs and residential areas of the city.

Explosions are heard but by repulsed and trapped Ukrainian forces.

Journalists have started interviewing the citizens of the city.

“We control the city”

The Luhansk Forces Command recently confirmed that the city is controlled by Russian and allied forces.

The city is controlled by Luhansk forces with the support of Russian formations.

“On the Ukrainian side, Severodonetsk is being bombed rather than selectively, which leads to damage and destruction of civilian facilities and infrastructure,” their spokesman said.

Clashes have broken out at the nodes of several Ukrainian armed groups trapped in Severodonetsk.

Many blame V. Zelensky and the military leadership for the situation in which they have found themselves.

Several teams, Ground Defense Battalions refuse to carry out orders and take up battle positions. In fact, many left the city before the Russian troops entered.

Image of disbandment in the Ukrainian Army

It is no coincidence that Ukrainian President Volodymyr Zelensky fired Roman Dudin, head of the Kharkiv branch of the Security Service of Ukraine (SBU), for “failures in the first days of the Russian invasion.”

“And, what is very important now, with each other. They have 100% cooperation. The army, the police, the mayor of Kharkiv, the regional state administration – they all really work for victory and they do it very effectively. “Unfortunately, this can not be said for the local leadership of the SBU,” said the president.

“I fired the head of the Security Service of Ukraine in the region because he did not work to protect the city from the first days of the full-scale war, but only thought of myself personally. “Law enforcement officers will be informed of their motives ,” the head of state was quoted as saying by Kharkiv’s Kharkiv Today website. 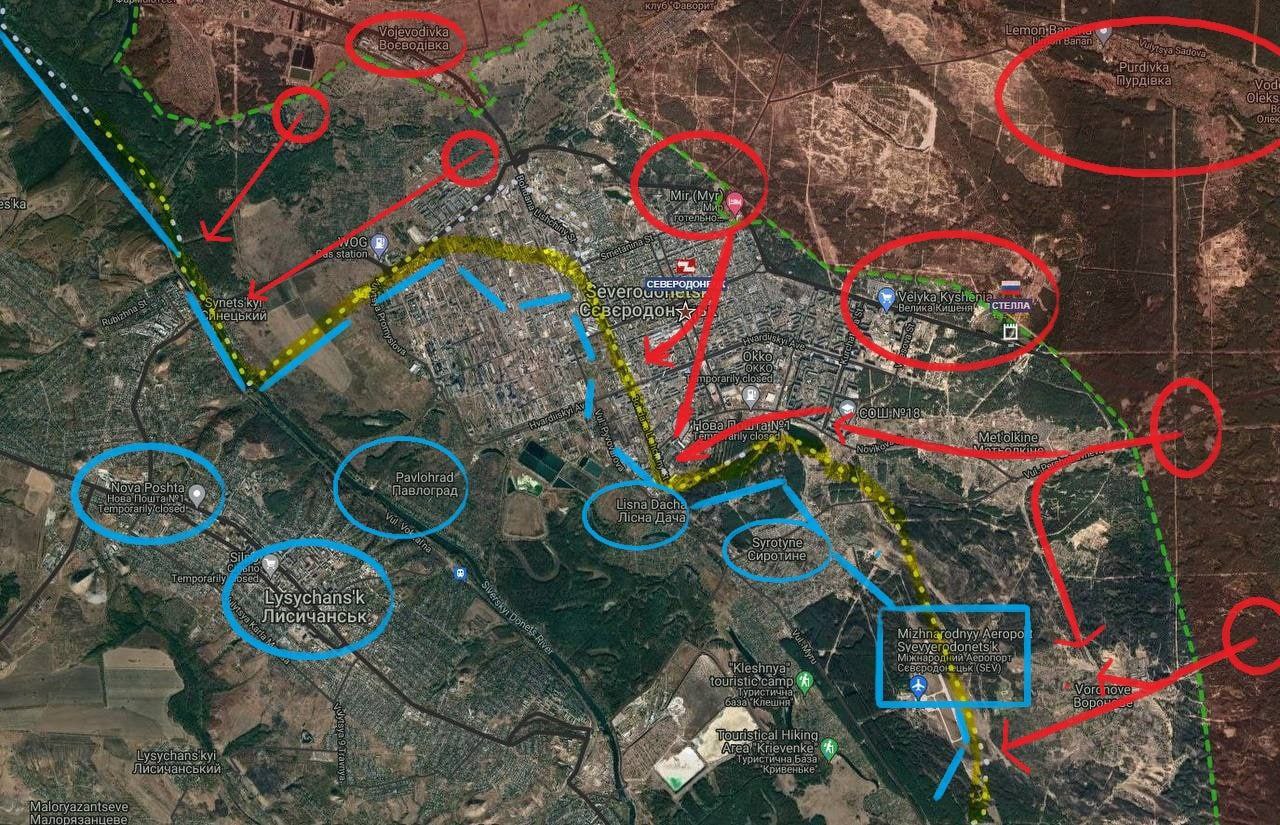 One thought on “Spetsnaz Ambush in British & Americans: Seven Minutes of Hell Following – Shocking Dialogues Amidst Fire “We have to move – We will die!””