New Zealand in hot water: the plight of the little blue penguins

Warmer waters and sediment has caused 35 percent of little blue penguin chicks to die in Wellington. 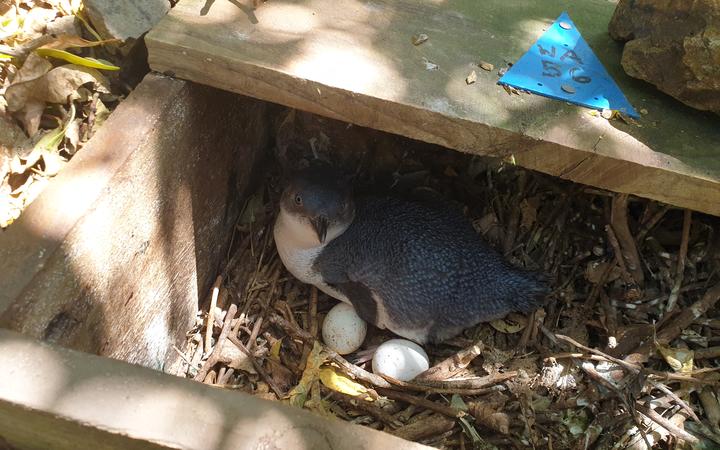 After a what was a successful nesting season, 66 baby penguins from Matiu / Somes Island died of starvation during a horror couple of weeks in November.

The season ended with a total loss of 82 chicks, 35 percent of the babies hatched this year.

Matiu / Somes is a predator-free Island in the heart of Wellington Harbour, and home to a usually thriving colony of Little Blue Penguins, or kororā.

But this season, it was a different story.

Penguin expert, and advocate – Mike Rumble surveys the island every two weeks with a team of volunteers to check the 600-to-800 penguins it’s home to.

During a routine visit in November, he and the team came across a horrifying sight.

“The number involved was very high … and it was all dead chicks in nest boxes and clearly something had gone wrong.”

Over three weeks they lost 66 chicks, 54 of them found on one day alone.

“It wasn’t always both chicks in the nest.

“Sometimes it was only one of two, and of course the problem we then had to do was try and work out what was going on.”

From there Rumble looked to the water, curious to find out what had caused the mass casualty.

“I had this perfect view of both sides of Matiu / Somes Island and one of the things I saw was what we call silting lines.

“The lines of whatever it was coming out of Hutt River was coming down both sides of the island so we knew immediately there was a serious problem.”

Mike Rumble believed a heavy downpour of rain and some stormwater overflow contributed to the silt. 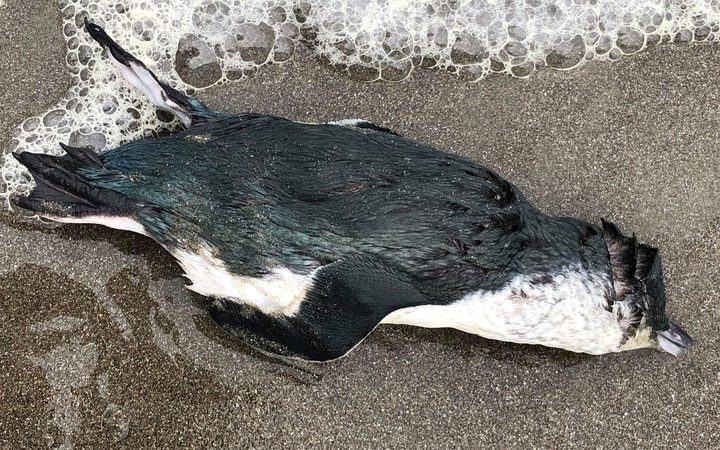 His suspicions were confirmed when the pathology results for one of the dead penguins came back – starvation was part of the problem.

These Little Blue Penguins were the canary in the coal mine when things weren’t right and they were warning us about climate change, Rumble said.

“The little penguins rely on small fish which stay down at the sea floor in the cold currents and if the harbour temperature rises, as it clearly must have, those cold currents don’t come up, they stay down which means the birds have got to work harder and things get very difficult for them when there is silting at the same time because they can’t see the food that they’re hunting for.”

The parent penguins, go out to fish before returning home to feed the chicks, but if they can’t get enough they won’t – or they have to make the call to only feed one of their babies, he said.

In total they lost 82 out of 260 penguin chicks for the nesting season.

It was normal for about 11 percent of the chicks to die in a seasons but Rumble said this year’s loss was sitting at 35 percent.

“The end result 2021 is 65 percent fledge rate, a massive drop. It could be a long-term effect hopefully eased a bit by the fact that whatever was causing the problem disappeared.

“It will still impact on what happens in the next two or three seasons.” 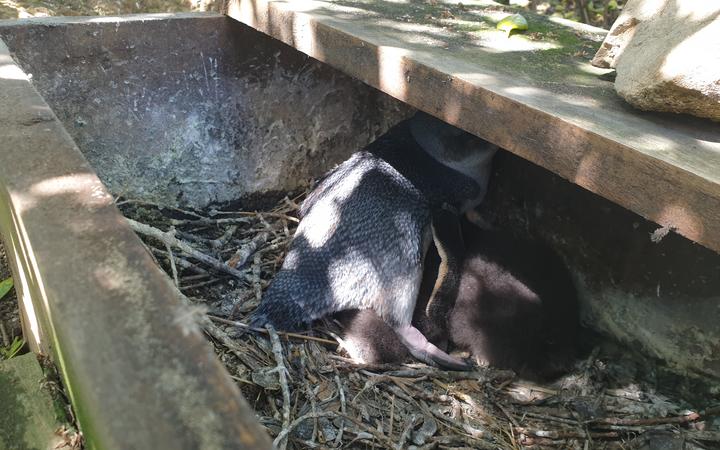 He said fewer birds would return for breeding, which will continue to harm the numbers of the colony.

Rumble had asked the Department of Conservation to do a full-scale audit into penguin losses this season to see if the problem was more widespread.

But he was thankful for the penguin parents, because there were more eggs at the start of the season, meaning there were higher chick numbers overall, which would combat some of the impact of the huge loss.

“Sea otters are an amazing indicator of what’s happening in the coastal environment, not just to other marine animals, but to us, too, especially on the issue of domoic acid,” said Christine K. Johnson, director of the EpiCenter for Disease Dynamics in the One Health Institute at the UC Davis School of Veterinary Medicine and senior author of the study.

The world’s ocean temperatures in 2020 were the third highest on record, and each of the past five years have been the ocean’s hottest years on record.

The study found that exposure to domoic acid increased a sea otter’s risk of dying with heart disease 1.7-fold. The risk is up to 2.5 times greater for otters consuming a high proportion of crab and clam, which accumulate domoic acid in their tissues, helping it persist in the food web. Additionally, the researchers discovered that domoic acid exposure is especially detrimental for prime-age adult sea otters, whose survival is vital for population growth.

“That’s worrisome for the long-term population recovery of southern sea otters, which are a threatened species,” said lead author Megan Moriarty, a wildlife veterinarian who conducted this research for her Ph.D. in epidemiology at UC Davis. “This study emphasises that domoic acid is a threat that isn’t going away. It’s a food web toxin and is pretty pervasive.”