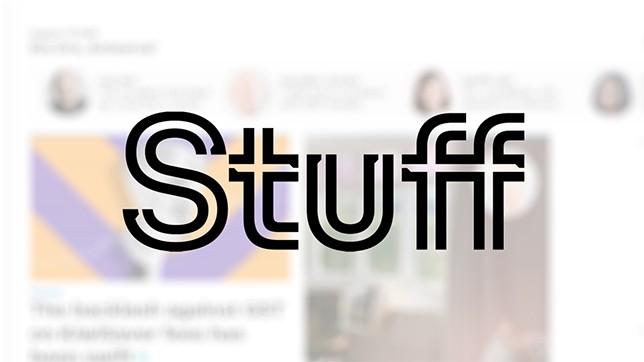 Stuff crowns itself the arbiter of truth

The media site’s grip on “facts and science” is selective and shaky.
Graham Adams

OPINION: Stuff appears to be taking its self-appointed role as the Ministry of Truth extremely seriously — despite its extremely patchy record on covering what it regards as science and facts.

On August 14, it launched Fire and Fury, an hour of taxpayer-funded agitprop that was designed to demonise anti-vaccine mandate protesters outside Parliament in February as being the dupes of far-right conspiracy theorists and white supremacists.

Its evident overreach was met with derision in some quarters — and even opened the door for Voices for Freedom, a group opposed to lockdowns, Covid vaccines, mandates and Three Waters, to thank the documentary’s host, Paula Penfold, for helping boost its subscriber numbers by 400 per cent.

Perhaps for these reasons, last week Stuff decided to take a different tack. Apparently, even mentioning the aims of the latest protest outside Parliament is now forbidden under new, refreshed standards.

At the beginning of the week, it published an article online under the heading: “’Significant’ police presence planned for anti-government protest”.

A day later, it published another article: “Parliament protest concludes without arrests or incidents”.

What was unusual was that neither piece mentioned the concerns that the 1500 people gathered outside our House of Representatives wanted to voice. The reports in Stuff were never more explicit than using the phrase “anti-government protests”.

Longtime journalist Mark Henderson wrote to Anna Fifield, editor of the Dominion Post and Stuff’s Wellington newsroom, to object to the fact there had been “no interviews with protesters and not a single word about the actual protest itself”.

Pointing out Stuff’s journalism is funded in part by the government, he wrote that its censorship of the reason for the protest “puts you in league with Burma or something like that”.

“Are you so blinded by ideology that you cannot see the problem?” he asked. “You work for this propaganda outfit.”

Fifield answered Henderson, copying in a dozen staff journalists: “Dear Mark — I’ll ignore your insults and respond to the substance: In reporting on the protests yesterday, we made a deliberate decision to cover this as a disruption-to-Wellington story, and not to give a platform to purveyors of mis- and disinformation.

“We stand by our reporting on yesterday’s event, and on our adherence to facts and science.”

Who knew the job of the media was to censor news of what the public — including taxpayers who help pay for Stuff’s reporting — want to protest about?

In her reply, Fifield sounded high-minded but, in fact, how Stuff represents “facts and science” is dubious at best. Mostly, it reports only the facts that correspond with its ideological positions.

After all, this is a news site that uncritically promotes the view that a biological male can become a woman by wishing to be one, with the aid of surgery and medication in some cases. As a consequence, it avoids reporting scientific news that doesn’t fully support that position.

A search of its website shows nothing about London’s Tavistock gender clinic closing after a damning report into its practices, including the use of puberty blockers — despite the fact this could have major implications for New Zealand’s own transgender clinics.

Fifield’s claim of Stuff’s “adherence to facts and science” in this area alone appears to be a rather extravagant stretch.

Its coverage of the mātauranga Māori debate has similarly avoided reporting inconvenient facts. A year ago, for example, it was happy to tell its readers of the Royal Society’s dismissal of the seven professors who wrote to the Listener and argued that: “In the discovery of empirical, universal truths, [traditional Māori knowledge] falls far short of what we can define as science itself.”

Stuff even illustrated its article with a screenshot of a tweet by Professor Joanna Kidman of Victoria University that described the professors as “shuffling zombies” — complete with an embedded GIF of, yes, zombies.

But when the society back-pedalled furiously in May — and came as close to making a formal apology to the professors as it could without actually doing so — Stuff simply didn’t report its statement.

And when it has reported the mātauranga Māori debate, it has repeatedly made grotesque errors.

In March, the Media Council lambasted it for publishing a column written by Dr Siouxsie Wiles that falsely asserted that some of the professors had intimidated “junior colleagues with lawyer’s letters”. It also chastised Stuff for its slow response in correcting that “inaccurate and significantly damaging statement” when it had been warned it was false.

A week later, showing no sign of having been chastened by the council’s condemnation, Stuff published another completely misleading story about the professors.

One of its journalists reported on the Royal Society’s decision to drop disciplinary proceedings against two Fellows among the “Listener Seven” — Professors Robert Nola and Garth Cooper — after complaints had been made about the letter they had signed.

Stuff’s first paragraph claimed: “A controversial letter signed by seven University of Auckland academics about mātauranga Māori and science is not worthy of a full Royal Society investigation, the body has said.”

This assertion was simply wrong. The “body” never said — or even implied — that the professors’ letter was “not worthy of a full Royal Society investigation”.

In fact, what the society said was that ‘the complaint [about the Listener letter] is not amenable to resolution by a Complaint Determination Committee, including by reason of its demanding the open-ended evaluation of contentious expert opinion or of contested scientific evidence amongst researchers and scholars.’”

That is manifestly not the same as stating that the “controversial ‘Listener letter’ was deemed not worthy of Royal Society investigation”.

In fact, the society concluded the professors’ views and others raised in relation to the Listener letter “are of substance and merit further constructive discussion and respectful dialogue”.

Somehow, we are now asked to believe Anna Fifield’s claim that Stuff supports “facts and science” when it appears to not be able to even report a Royal Society decision about a major scientific debate accurately.

You might even think the article amounted to what she described in her email to Mark Henderson as “mis- and disinformation”.

And its record on reporting about Covid vaccines and public health measures has been just as patchy.

As Henderson put it in his response to Fifield’s email:

“And how do you know [the protesters at Parliament] are peddling disinformation when you refuse to talk to them?

“And is ‘disinformation’ never peddled at other protests?

Stuff’s Orwellian inclinations have now been extended to exposing people in public life who have incorrect thoughts or allegiances.

It has mounted a witch-hunt to ferret out local body election candidates suspected of holding the “wrong” views on issues such as vaccination.

She reported that Hansen was a lawyer for Voices for Freedom and New Zealand Doctors Speaking Out with Science (NZDSOS) — while her very part-time job as commissioner requires her to decide on casino licensing applications, and hear appeals against regulatory and licensing decisions made by the Department of Internal Affairs.

A spokesperson for the Department of Internal Affairs told Vance that it “does not monitor the activities of appointees outside appointed duties ‘unless these are seen to be a direct conflict with their role’.

“There does not appear to be any connection between the work of the Gambling Commission and any work for Voices for Freedom.”

Unfortunately, that obvious distinction appears to be of little importance to the Witch-finders General at Stuff.

Pillorying even part-time public servants for their views on topics unrelated to the performance of their jobs is extremely dangerous territory for a national news organisation to enter yet Stuff’s editors and journalists seem completely unaware of the viciousness of the tiger they have by the tail.

It is beginning to look very much like they are embarking — wittingly or unwittingly — on an antipodean version of McCarthyism.

Graham Adams is a freelance editor, journalist and columnist. He lives on Auckland’s North Shore.