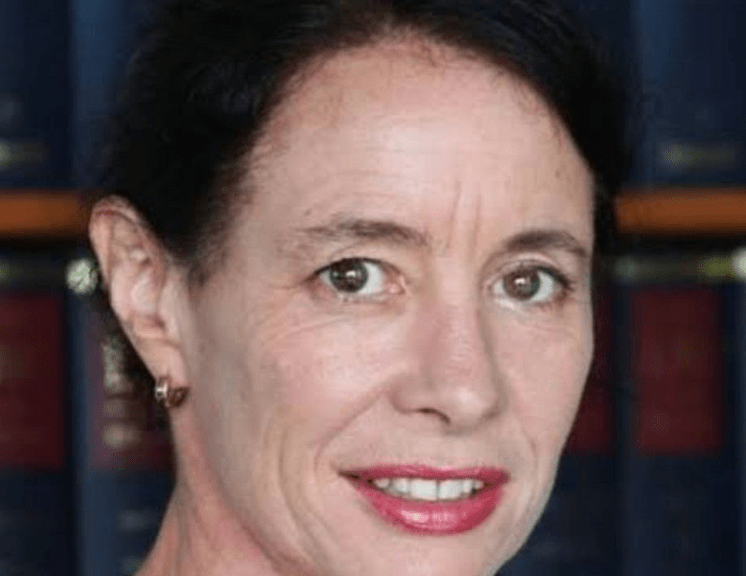 This happened a couple of days ago.

They are gunning for Sue Grey.

The government cannot have someone as effective as her challenging their illegal acts.

SUE GREY IN CUSTODY FOR CONTEMPT OF COURT – MEDIA Grey was in court in Nelson today attending a hearing for Golden Bay man Kelvin McKenney. He was facing a prosecution under liquor licensing laws.

According to a post on the Counterspin Telegram channel, reports indicate Grey was placed in custody for speaking over the judge. According to a report in state-funded legacy media outlet Stuff, Grey had been granted approval to appear as a McKenzie Friend for McKenney, but ‘persisted in appearing as his lawyer.’

Grey was released this afternoon and appeared in court around 3.15pm whereupon she apologised to the judge.

Sue Grey appeared in front of a Judge this afternoon, where no further action would be taken, but a full transcript would be sent to the Law Society for review.

This all transpired following an earlier appearance where she was supporting a Golden Bay Cafe owner with his case.

She has clarified to CSM that she was not appearing as a Mckenzie friend.

This ruling was about options for defendants who don’t know how to deal with defending themselves. There are several options, including amicus curiae or “standby counsel”.

MSM conveniently left this part out, instead stating Sue’s manner was inciting supporters, and quoted the judge as saying at the point she was put into custody there was “virtually a riot”.

Update on arrest of Sue Grey in Nelson Court.

I was there and can tell you much of what has been printed by the media is incorrect. Here is an accurate  run down of events.

The defendant Kelvin McKenney, also known as NgaAngA,was the owner of the mad cafe in Collingwood. At a previous hearing the judge had told him to get some legal advice as his pleadings were nonsense.  I am almost certain the judge wanted to put him in jail. Sue took a seat at the lawyers area and was not operating from the public gallery as stated in the media, she was at the lawyers desks in front of the judge.  She stated was not acting as a McKenzie friend and did not want to as was again stated later.

As NgaAngA, was pleading as “living man” Sue could not represent him but had a judgement from the Court of Appeal that showed a way his defense could be heard. The defendant had been allowed to stand in the lawyers area as he was defending himself and was practicing strange postures, strutting around and with arms widespread gesturing to the sky and making hissing sounds.  He had also bought to the court a goat, a dog and a parrot.

The judge asked Sue if she was representing him. She answered No as he was representing himself. The judge then told her to sit down which she did. Sue then continued to make the judge aware of an Appeals court ruling that showed a way for NgaAngA to have his defense presented. The judge was talking aver the top of her saying sit down and that he was not interested. Sue was saying “as an officer of the court she had a duty to give you this appeals court ruling” at which time he just said “take her down”  and the court security moved in and escorted her down to the cells.

The crowd of 40 plus who were packed into the court were stunned and as she was taken down they erupted with booing and yelling. Not a riot as claimed but booing. The judge at this point had walked out. I do not recall any trouble until she was gone.

The crowd sat there for 20 minutes or more discussing what to do when the security came in and said the court was to be emptied as the judge would not hear the case with the supporters in the court. At this point there was more booing and a general reluctance to move and the police began to remove everyone forcibly.  People were being shoved and manhandled by the police to outside the court and the doors were locked.

I attempted to see Sue and was told she was in the police cells at the police station behind the court. As I walked out of the court a large contingent of police in riot gear were lined up in formation ready to rush in. It was almost like they had planed this as how did they assemble so many police in Nelson so quickly.

They would not let me see Sue so when I went back to the court building  the large police contingent marched off in formation towards the police station. I might add there were other groups of police also standing around in the shade of the trees. I was told Sue was to be out shortly but that turned into a new time of 2.15 and that was later extended out to 3.15

At 3.15 the judge came back in to the court and most of the supporters would not or did not stand.

The judged ask Sue as she stood in the area where prisoners are bought up from the cells If she would apologize. One of the supporters said something and the judge ejected her from the court. The duty solicitor said she was apologetic. Sue was not viably shaken as reported, she was physically cold as the cells are freezing and she had struggled to keep warm. A police woman had arranged for a thin blanket and hot drink. Sue tried to explain to the judge what she was trying to get across and he then asked what she was actually apologizing for and she responded by saying she was shivering cold and shaken but “for the inconvenience she may have caused.” I did not hear or understand an apology to the judge.  He read out a long summation saying she was speaking to her crowd at the back of the court and playing up to them to incite them. That was just untrue.

She was in the lawyers area trying to talk to the judge and the crowd was at the back behind a ceiling high plate glass wall.  The crowd did not start booing or as he called it a “riot” until she was well gone down to the cells. He said her conduct showed she was not fit to practice as a lawyer.

During this all happening NgaAngA, had been taken into a closed court and told by the judge he would get get another judge to handle the case on the 9th January.

That is how I recall it and it will be interesting to see the video and I will correct anything if I got it wrong.