The medical, political and media establishment are choosing to ignore the lived experience of young women Casey Hodgkinson being harmed by the Covid injection.

Casey has been released from the North Shore hospital and friends are on their way to thank supporters who have been holding a vigil.

Not only were the doctors reluctant to do an ECG or other extensive checks, Anna was denied entry into the hospital to see her daughter as her partner was already with Casey, but she then experienced the security guard getting hostile toward her, turning abusive & even punching the window with both fists.

We are waiting to speak with Anna directly to get confirmation, but we understand they made some progress with doctors who were assessing Casey. 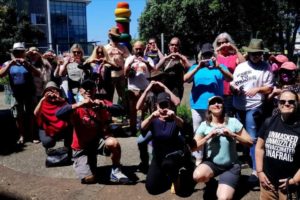 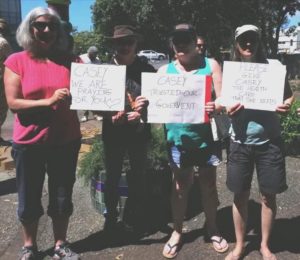 Casey Hodgkinson has been suffering horrifically since her jab on September 25.

Despite a media blackout & health experts’ reluctance to look deeper, her story is getting out and she has lots of people who are sending love and prayers.