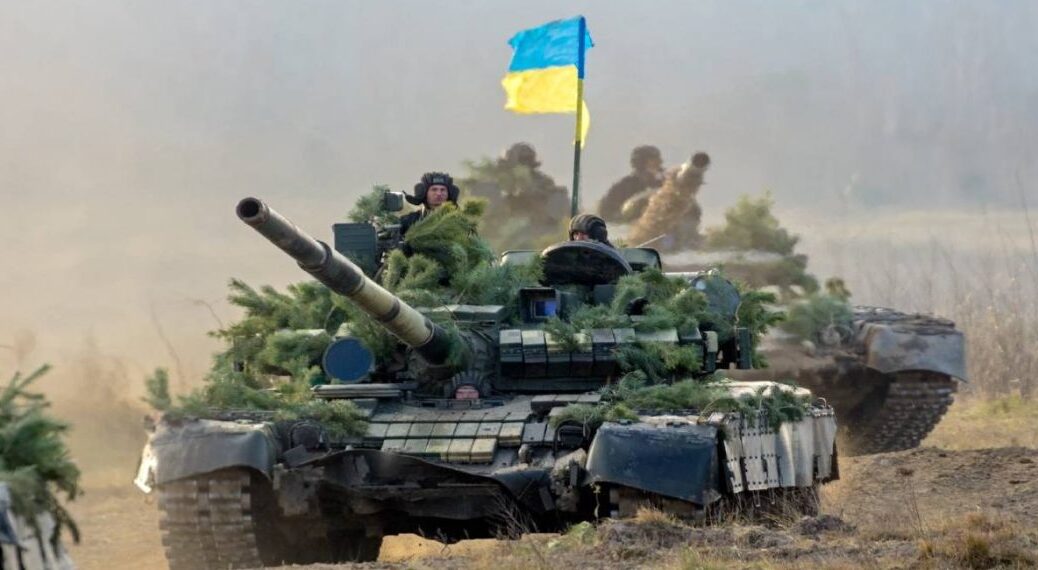 It is Sunday here and I wish to take pause to reflect at the end of a momentous week that promises not to die down one iota from here.

I was transfixed to Vladimir Putin’ s speech yesterday. Quite apart from everything else I felt a great sense of relief because Putin voiced what so many of us know in our hearts to be true.

For the first time, we had a political leader who told us about the toxic hypocrisy of western leaders (every last one of them) and the satanic nature of western society with its LGBQT, sexual perversion and so on.

Rick Wiles expressed it well when he said that things have been flipped on their head: earlier in his life Russia was the godless society and America was god-fearing; now it is the opposite.

Of course, that is all somewhat relative – the latter Soviet Union was not that evil and America was never that good – but there is some truth in that statement.

Here, if you missed it, here is Putin’s speech with subtitles, which I prefer.

Yesterday the Duran said that the collective West would be pissed with Putin’s speech and the reaction could be fierce. And this morning I woke to news that a key city in the DPR, Krasny Liman, had been retaken by the Ukrainians.

Troops left Krasny Liman due to the threat of encirclement, Moscow has confirmed

Throughout this conflict I have posted the various opinions of others but never bought into the “Russia is losing“, “Russia is winning“.

Here are just some of the voices from the Russian side: there is no doubt this is another dent in the reputation of Russia’s military, as shown by the following comments, the first from Texas Bentley, on the ground in Donetsk:

I am not a “doomer”, but neither am I an idiot or a liar. One of my best friends is on the Front not far from there, where he is a target designator for artillery and airstrikes. Last time I talked to him (a couple of weeks ago) he had high praise for RuAF helicopter pilots, but said that Russian fixed wing attack aircraft often miss their targets by as much as “600 meters” because the pilots are too afraid of MANPADS to get close enough to their targets to do the job. This looks to me like a perfect example of exactly that.  What does it look like to you? What do you think it looks like to my friends in Krasny Liman? Asking for a friend.

The second is from Chechen leader, Ramzan Kadyrov.

“I have always said: there is nothing better than the voiced truth, albeit bitter, offensive, but the truth. This is the only way to move forward. Therefore, I cannot remain silent about what happened in Krasny Liman.

The defense of this section was led by the commander of the Central Military District, Colonel-General Alexander Lapin. The same Lapin, who received the star of the Hero of Russia for the capture of Lisichansk, although de facto he was not there and was not around. Lapin was also given over to the troops of the Western Military District.

The colonel-general deployed mobilized fighters from the LPR and other units on all frontiers of the Liman direction, but did not provide them with the necessary communications, interaction and the supply of ammunition. Two weeks ago, Major General Commander of the Akhmat Special Forces, my dear BROTHER Apty Alaudinov, personally reported to me that our fighters could become an easy target. In turn, I informed Valery Gerasimov, Chief of the General Staff of the Armed Forces of the Russian Federation, about the danger. But the general assured me that he had no doubts about Lapin’s leadership talent and did not believe that a retreat was possible in Krasny Liman and its environs.

A week later, Lapin moves his headquarters to Starobelsk, a hundred kilometers from his subordinates, while he himself sits in Lugansk. How can you quickly manage units, being 150 km away from them? Due to the lack of elementary military logistics, today we have left several settlements and a large piece of territory.

It’s not a shame that Lapin is mediocre. And the fact that he is covered at the top by the leaders in the General Staff. If I had my way, I would have demoted Lapin to the rank of private, would have deprived him of his awards and, with a machine gun in his hands, would have sent him to the front lines to wash away his shame with blood.

Army nepotism will not lead to good. In the army, it is necessary to appoint people of a strong character, courageous, principled, who worry about their fighters, who tear their teeth for their soldier, who know that a subordinate cannot be left without help and support. There is no place for nepotism in the army, especially in difficult times.”

I know from a friend that some have been warnings that this was coming and that the Russian military is incompetent or treacherous.

My on-line friend has been plying me with material to support his latest idée fixe, that Russia is losing the war, something he has been basing on tweets and obscure blogs.

A little while ago he was saying the opposite.

My friend’s emails has irritated me, not because I think he is wrong but because I simply do not operate on that level.

I have no military experience, so who am I to make judgements about movements of troops and the ups and downs of the war, and so I think who is he to do this.

But I suppose it is one one to occupy the mind.

The intelligent man thinks he knows. The wise man is aware of how little he knows.

I am concerned with the bigger aspects of this and try to keep my mind open to all possibilities.

The great Russian army COULD sweep across the steppes victoriously although this seems increasingly unlikely as the Empire strikes back and this escalates into a world war with consequences we can only guess at.

We are told by epics like the Lord of the Rings that there may be great trials ahead but Good always triumphs over Evil.

But I am not sure that is necessarily true (it may be a pious belief). We have to open our minds to the possibility that Russia might be losing and is being painted into a corner.

Perhaps the Empire will prevail with unthinkable consequences for us all?

Perhaps the end will come with a mushroom cloud? 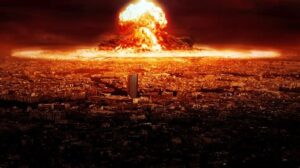 Only neocon idiots and the ignorant think that nuclear war can be “limited”.  Speaking for myself one of the planks of my philosophy is the Parable of the Chinese farmer, told here by Alan Watts:

It is a question of how we look at fortune and misfortune.

The intelligent man will tell you what side is going to prevail.

The wise man will maintain his composure in the face of both.

Another perspective on this comes from Eckhart Tolle:

Because of the situation we find our selves in my thoughts turn to the Bhagavad Gita, not least because it involves an epic battle, Kurukshetra.

May I suggest the following from Alan Watts

We certainly need to develop the ability to remain equanimous in the face of both fortune and misfortune.

I am not of a mind to say that any one particular religious tradition is superior to another.

Each reflects men’s relationship with the Divine, whether it be Jesus or Krishna and each has something to tell us.