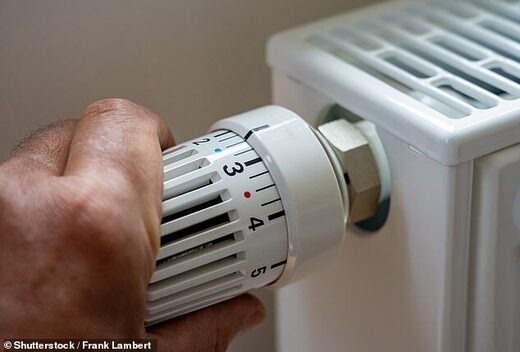 Switzerland is considering jailing anyone who heats their rooms above 19C for up to three years if the country is forced to ration gas due to the Ukraine war.

The country could also give fines to those who violate the proposed new regulations.

Speaking to Blick, Markus Sporndli, who is a spokesman for the Federal Department of Finance, explained that the rate for fines on a daily basis could start at 30 Swiss Francs (£26).

Comment: Here’s the government threat, and to the right is the suggestion that people should ensure that everyone is working for the greater good by checking that their neighbours are complying on their neighbours:

And companies who deliberately go over their gas quotas could face punishment.

Comment: Companies will be forced to choose between the punishment, or bankruptcy. Although it’s likely that ‘essential’ businesses, meaning those allied with the government, will be given waivers of some kind – or they’ll just mire the government in lawsuits – and it will be small businesses, the easy pickings, that will targeted.

Additionally, according to the potential measures, temperatures in gas-heated buildings can be no more than 19C (66.2F), with water heated up to 60C (140F).

Comment: They fail to mention how hot people’s food is allowed to be.

Blickalso reported that radiant heaters would not be allowed and saunas and swimming pools would have to stay cold.

Comment: This is lockdown 2.0 but under guise of the manufactured energy crisis. One wonders how much more people’s health can take, what with 2 years of lockdowns and most health promoting activities banned, round the clock fearmongering propaganda, and numerous experimenal jabs.

The measures are stated in the Federal Law on National Economic Supply, referred to by the Federal Department of Economic Affairs (EAER) in an official document.

It has been predicted that the proposed new measures could cause challenges and disputes, leaving courts busy and the government dealing with a new ‘grey area’, according to the report.

Regarding the potential new measures, the cantons of Switzerland have until September 22 to submit any concerns.

Comment: As we saw with lockdowns, despite Switzerland’s direct democracy, the Pathocrats eventually managed to get them to submit to their diktats.

Advising the government, the report states that senior police officer Fredy Fassler has told them to ‘only order measures that can be implemented, and above all, controlled.’

And he has said that the proposed new measures should be implemented with a ‘sense of proportion’, emphasising that he does not think police should go from door to door.

Mr Fassler used the COVID-19 pandemic as an example, stating according to the report that there had been a ‘culture of denunciation.’

His sentiment was echoed by SVP Economics Minister Guy Parmelin who last Wednesday said: ‘We are not a police state’, when referring to the measures, saying that he thinks the police can do spot checks to ensure people are sticking to them.

Mr Fassler recommended that it might be more favourable to discuss giving administrative fines to people instead of shelling out for expensive criminal proceedings.

Comment: Similar totalitarian enforcement will be Europe-wide in no time; Von der Leyen paves the way in a new speech where she, rather sinisterly, talks of ‘flattening the curve’: