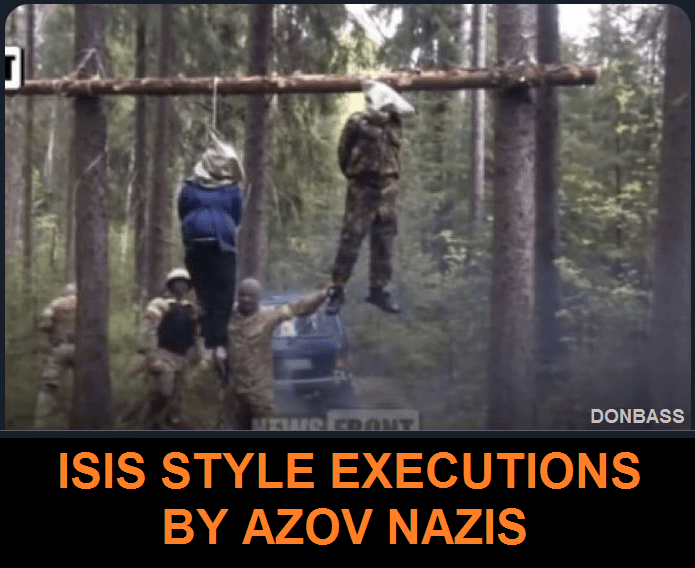 These are the images that still haunt me from 2014. They have been disappeared from the historical record so I am posting them here. Chrisiina and her baby girl, killed in Donetsk by Ukrainian shelling of her apartment building in 2014 I originally saw this from the video that has, no doubt, long been wiped from the record. These were elderly people. Inna Kukuruza, killed in Luhansk when Ukrainian fascists fired a missile into the local administration building in 2014.

The videos I posted back in 2014 will have long been disappeared but the death of Inna Kukuruza at the hands of Ukrainians remains etched in my memory along with the hanging of an elderly couple by Ukonazis.