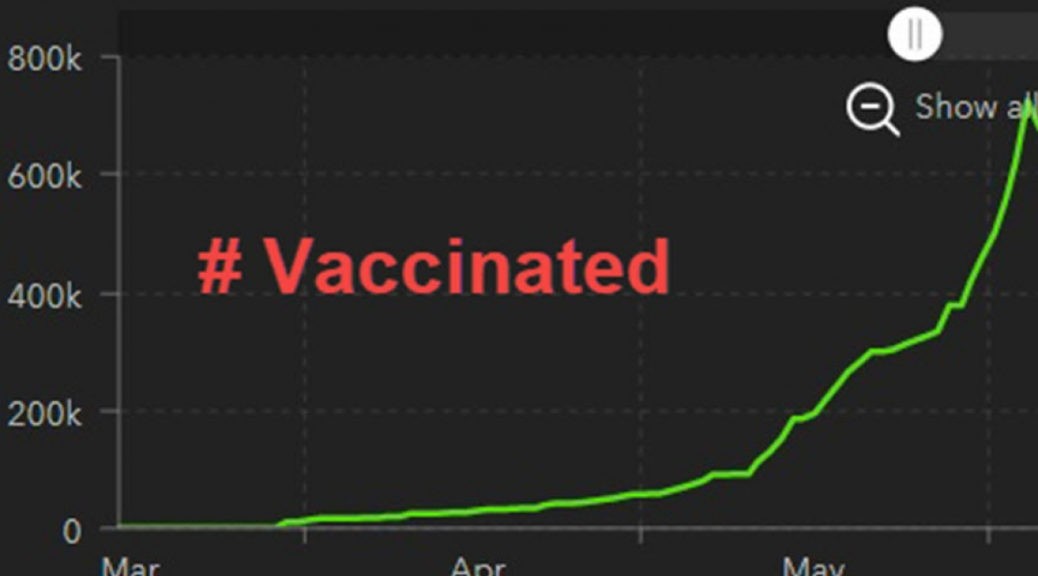 Word is now starting to come out about the **real** results of the so-called COVID-19 “Vaccine.”  The numbers seem to speak for themselves – Deaths are skyrocketing.

For months, this web site has warned readers they should **NOT** take the “jab” because the so-called “vaccine” for COVID was not really a vaccine; it is messenger RNA (mRNA) which alters people’s DNA.

In October of 2020 long before the “vaccine” was released, this web site warned readers of an actual PLAN, revealed by a Liberal Member of the Canada Parliament, that this entire COVID thing was actually a depopulation plan and there would be DELIBERATE mass deaths (Article HERE).

I have contacts on Taiwan and speak to them from time to time.

I just had a call with one of my former colleagues from Taiwan. The last time we spoke he was so happy because life there was normal, hardly any COVID, they could live normal life, just needed to wear a mask when shopping/movies/concerts/etc.

TODAY? That same contact is almost in a panic.   He told me “It’s getting all f-ed up; there’s suddenly a SURGE in infections, deaths, quarantines, lockdowns, the works!”

I went and checked the numbers, and this is actually pretty shocking. The image below shows the rate of infections, number of deaths, and vaccinations, in that order, from March 2021 through today, June 9, 2021.

They started the vaccinations in March 2021, then the rest just followed:

Here, from the Johns Hopkins University COVID web site, are the results: 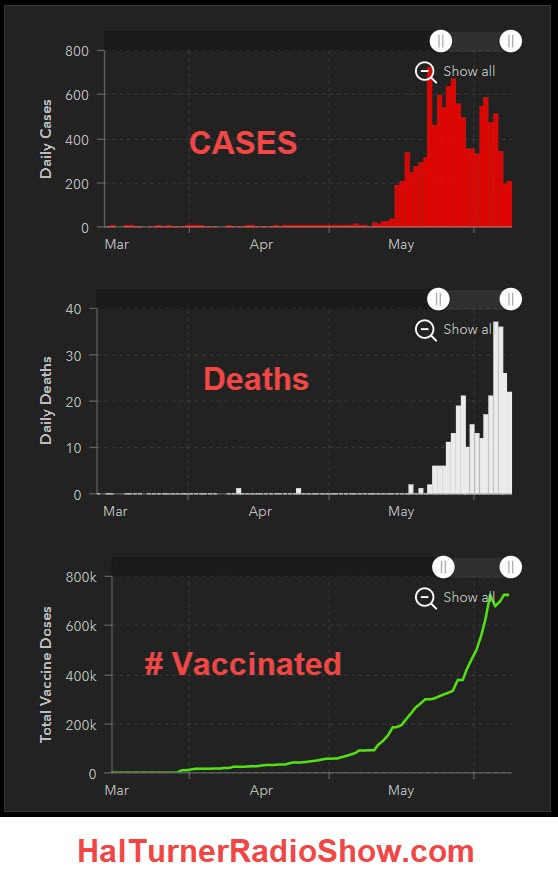 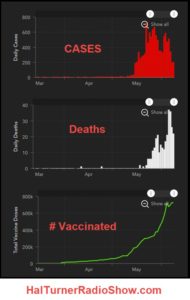 The number of deaths is literally skyrocketing and it directly coincides with the number of “vaccinations.”

In the story linked above in paragraph 3 from October 2020, the Member of Parliament explicitly said deaths would suddenly skyrocket and it would be “blamed on a mutation, a variant” as opposed to being blamed on the vaccine.

We’ve apparently arrived at that point.

All because they wouldn’t listen to some — what did they call it . . . “Conspiracy theorist.”  Now, they’re dying.

This was the very thing they were told could happen, but THEY didn’t listen.

THEY are so much smarter.  THEY know better.

It’s turning out, THEY are Morons.

Oh, and the mass-media types who have been telling people for months to “get the jab” —  hopefully, they followed their own advice.  The world will be a better place when such useful idiots are gone from journalism.

For those of you who want the source of the data above, you can get it yourself, HERE

Meanwhile, this is the misleading propaganda that is being spun 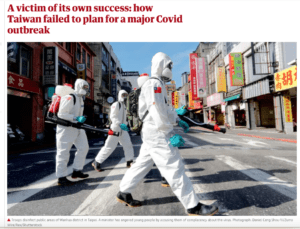 While most of the world suffered through hundreds of millions of cases and millions of deaths from Covid-19, the 23.5 million people in Taiwan largely lived a normal life, thanks to a well-documented strong and early response that saw it go 250 days without a single local case. It lobbied for inclusion in the World Health Organization’s decision-making body off the back of its undeniable success and expertise under the slogan “Taiwan can help”.

But now the tables have turned and the island itself is in need of assistance, after an outbreak that started among airline staff in April spread across the island. The government appears to have been caught short by something it thought would never happen: the poster child for outbreak prevention had apparently failed to fully prepare an outbreak response.