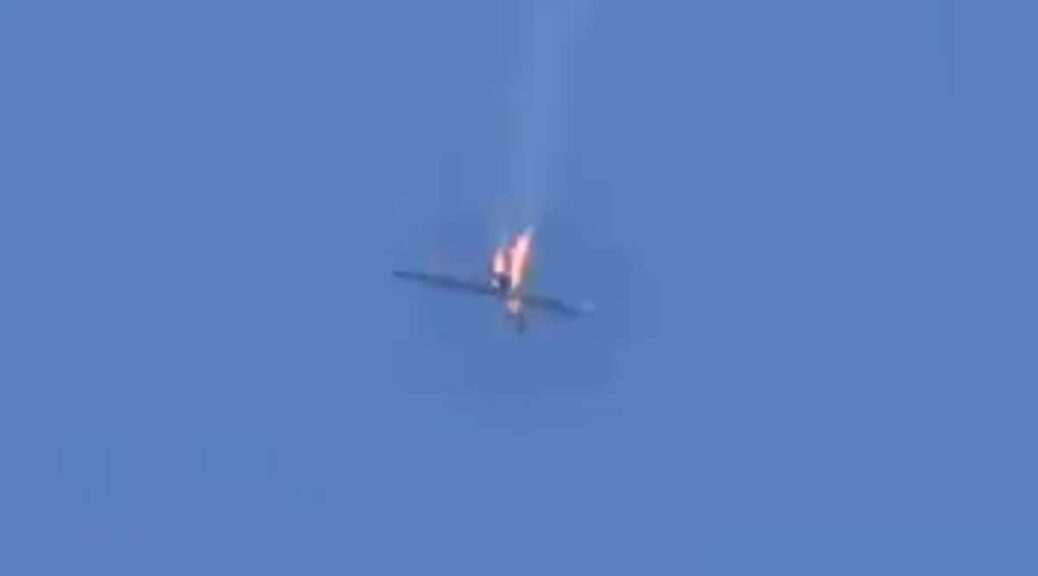 The Taiwan Defense Force has shot down a China military drone over a small islet only 4km off the coast of mainland China.

The shoot down came after Taiwan forces fired two warning shots at the drone.  Despite those shots being fired, China failed to remove the drone from Taiwan air space.

Insiders now say “the next 24 hours are critical.  If China intends to use the shoot down as a provocation, and excuse to invade, it will likely begin with 24 hours.”

To give readers a sense of how very serious this is, Gordon Chang, a man with extraordinary knowledge of how China operates, posted the following on Twitter:

Tensions between China and Taiwan escalated for the second day in a row, with Taiwan’s military again opening fire on Chinese drones. There is now a new escalation in the area.

It was preceded on August 24 by the fiasco of Taiwan’s armed forces when a Chinese drone “sat” over a military post and the soldiers threw… stones instead of shooting it down.

Yesterday, for the first time, Taiwan’s Ministry of Defense announced that the armed forces shot down a drone after it violated the airspace of the Kinmen Islands, a short distance from the Chinese cities of Xiamen and Guangzhou.

In the press release released by the Taiwanese ministry, it added that it will continue to investigate the incident and monitor the airspace to guarantee its safety.

The drone entered Taiwan’s airspace near an islet just off the Chinese coast on Thursday, after the Taipei government vowed tough new measures to deal with a rise in such incursions.

The Defense Command for Kinmen (a group of islands controlled by Taiwan across from the Chinese cities of Xiamen and Guangzhou), said in a statement released by Taiwan’s Ministry of Defense that the drone entered restricted airspace over the Lion islet shortly after noon local time (7 am Greek time).

Troops on the islet tried to warn the drone to move away, but to no avail, so they shot it down, with the wreckage landing in the sea, Taiwan’s defense ministry added.

Taiwan’s government has said it will exercise the right to “self-defense and counterattack” if Chinese armed forces enter its territory, as Beijing steps up military activities in the straits that separate China from Taiwan.

“For aircraft and ships entering our 12-nautical-mile sea and air territory, the national military will exercise the right of self-defense and counterattack without exception, ” Lin Weng Huang, Taiwan’s deputy chief of the general staff, told reporters.

“The military will exercise the same right to strike back at Chinese drones that do not heed these warnings, ” Lin added.

Taiwan fired warning shots at a Chinese drone for the first time yesterday, August 31, shortly after President Tsai Ing Wen ordered the military to take “strong countermeasures” against what it called Chinese provocations.

Taiwan’s military said it fired warning shots again today against Chinese drones that approached the Kinmen Islands, which lie directly opposite the Chinese cities of Xiamen and Quanzhou.

The Kinmen archipelago, where the latest incident occurred, is just 10 kilometers from China’s coast and nearly 190 kilometers from Taiwan, whose military has controlled it since Taiwan split from mainland China.

What happened on August 24th?

On August 24, Taiwan’s military confirmed that an image circulated in Chinese media of soldiers looking towards a Chinese unmanned aerial vehicle (UAV) is authentic.

Taiwan’s military reported that a “civilian drone” flew over the Lieyu Garrison Battalion at around 6pm on August 16. The mysterious drone appeared above the Lieyu Guard Battalion on one of the Kinmen Islands, also known as Quemoy.

These islands are administered by Taiwan, but are located off the southeast coast of mainland China. The drone was equipped with some kind of visual surveillance equipment and its operator was monitoring the military installation on these islands.

The video shows two soldiers throwing rocks at the drone.

Taiwan’s military spokesman justified the non-shootdown by saying that because the UAV was still offshore, only a radio warning was issued. He pointed out that no flares were fired because the UAV never entered the country’s airspace.

He also added that the drone was at an altitude of about 1,000 meters and had taken the photo of the soldiers with a special telephoto lens. This outpost has a special monitoring station that monitors PLA aircraft flying in the area

They will close the Taiwan Straits

“First I have to tell you, Taiwan is a province of China, it has no self-proclaimed Ministry of Defense. The Taiwanese authorities are playing on their nerves, this makes no sense,” he said.

Ma Cheng-Kun, director at the military academy of the National Defense University, said China may go further in rejecting foreign naval vessels passing through the Strait without its permission.

“Once the new military normalcy is established, then the risk of conflict will increase if foreign naval vessels insist on the rights of navigation and freedom,” he said.

He also announced in an interview with Taiwan Radio International that he intended to donate NT$3 billion to Taipei’s defense industry.

“China is intensifying its military threat against Taiwan, so the Taiwanese people should be determined to strengthen the country’s defense to curb China’s military ambitions,” he said

The billionaire announced the creation of a fund that will finance the education of Taiwanese. It plans to train 3 million citizens in self-defense in the event of a PLA invasion.

Cao stated that he wanted to support his people against China, dreaming “to die in Taiwan laughing at the fall of the Chinese Communist Party.”