The small town of Verkhoyansk, home to 1,000 people in Russia’s Yakutia region, broke the record on Saturday for the highest temperature ever recorded within the Arctic Circle, hitting a maximum of 38 degrees Celsius.

Verkhoyansk already held the record for the place with the greatest temperature range on Earth. Prior to today, temperatures in the small town have ranged between -68 and +37 degrees Celsius – a 105-degree difference. In Fahrenheit, that’s between -90 and +98. 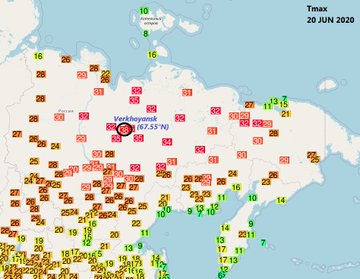 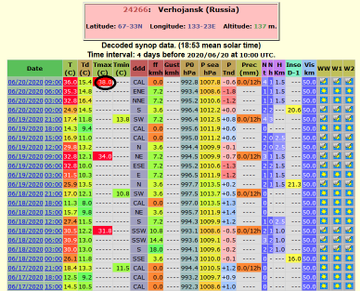 303 people are talking about this

In July, the average high daily temperature is 19.9 degrees Celsius – much lower than Saturday’s sweltering 38.

The record-shattering heat was shared far and wide on social media, most prominently by Swedish climate change activist Greta Thunberg. 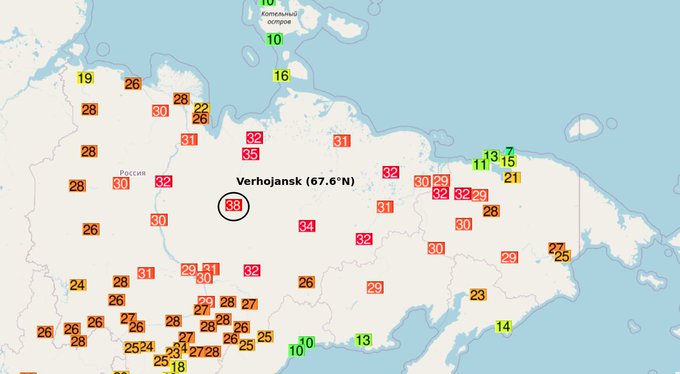 3,680 people are talking about this

Verkhoyansk is 4,700km east of Moscow and is located on the Yana River in Yakutia. The largest region of Russia, Yakutia is home to many different local ethnic groups. In winter, those living in Verkhoyansk often face days of below -50 degrees Celsius.

Traveling from Moscow, a trip to the town would take almost two days, involving multiple flights. In 2014, Business Insider called it “the most miserable place on Earth.”