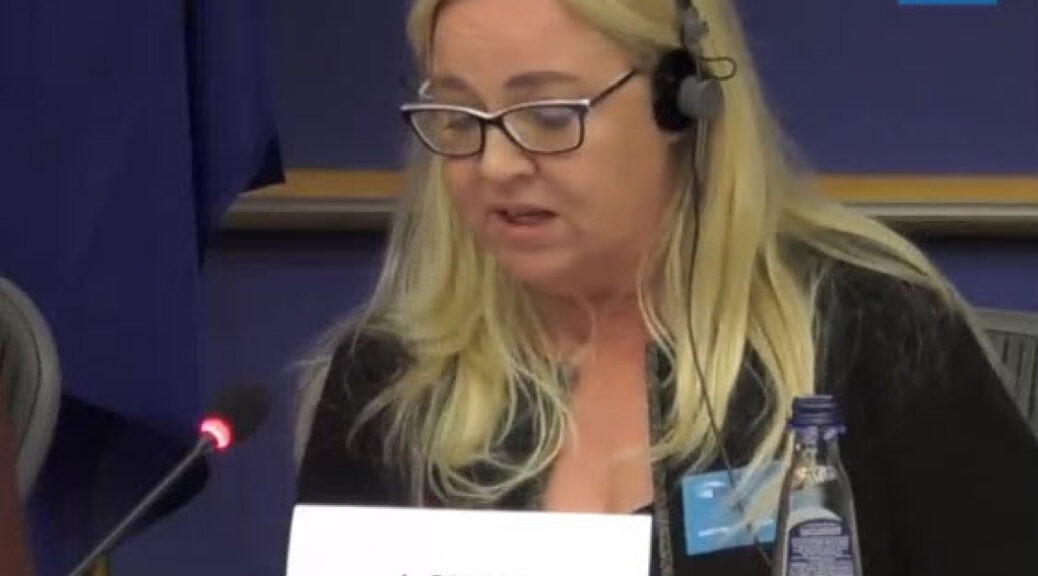 STUNNING Testimony: Pfizer Never Tested COVID “Vax” to “Stop Transmission” of Virus! We were all lied to ! ! !

Here’s video of the relevant testimony of a Pfizer Director, appearing before a committee of the European Parliament:

In utterly stunning sworn testimony before the European Parliament, a Director of Pfizer admitted they NEVER TESTED their so-called COVID “Vaccine” for its ability to “stop transmission” of the virus.  People around the world were lied to, their freedom restricted, because they were not “vaccinated” and allegedly could therefore spread the virus.

Countries throughout Europe and even in Canada, Australia, and New Zealand, prevented people from going outside, socializing, using public facilities if they were not vaccinated.   People all over the world were told they could be “spreaders’ without the vaccine. That was a lie because the vaccine was NEVER TESTED for any ability to stop the transmission.

Some countries implemented “Vaccine Passports” and went table-to-table in restaurants to see if people were vaccinated.  They were told “show us your vaccine passport” by police.

Oh, and by the way, as we all see now, the vaccine didn’t seem to stop transmission — at all.

Freedom was viciously taken away for those who chose to remain unvaccinated.  In some places, people were even PHYSICALLY FORCED to take the vax, even when they didn’t want it.

All of this was glossed-over with claims “without the vax, you could infect others.”

People lost their jobs over this; and the entire claim that taking the vax to stop the spread, was a deliberate lie.

PFIZER never tested to see if their so-called vaccine would stop transmission.

FRANKFURT, Oct 10 (Reuters) – A Pfizer (PFE.N) executive with a lead role in negotiating a COVID-19 vaccine bulk supply agreement with the European Commission “categorically” ruled out that the U.S. drugmaker’s chief executive agreed the contract via mobile phone text messages.

“As to whether a contract negotiation such as this contract which you referred to, 1.8 billion doses, was negotiated through an SMS, I can categorically tell you that would not be the case,” Janine Small, president of international developed markets at Pfizer, told the European Parliament’s special committee on COVID-19 on Monday.

She added that such talks involve far too many people on both sides and take far too long to be conducted via mobile phone texts.

“I know that because I was involved in all the negotiations and discussions from the very start in 2020,” Small said.

In an interview with the New York Times in April 2021, European Commission President Ursula von der Leyen revealed she had exchanged texts with Pfizer Chief Executive Albert Bourla for a month while the contract was under negotiation, prompting calls to publish the exchange.

The Commission said in June this year that it no longer had the texts, which later drew criticism from the European Union’s ombudswoman.

The contract signed last year was the biggest ever sealed for COVID-19 vaccines, with the EU committing to buy 900 million Pfizer-BioNTech (22UAy.DE) shots, with an option to buy another 900 million.