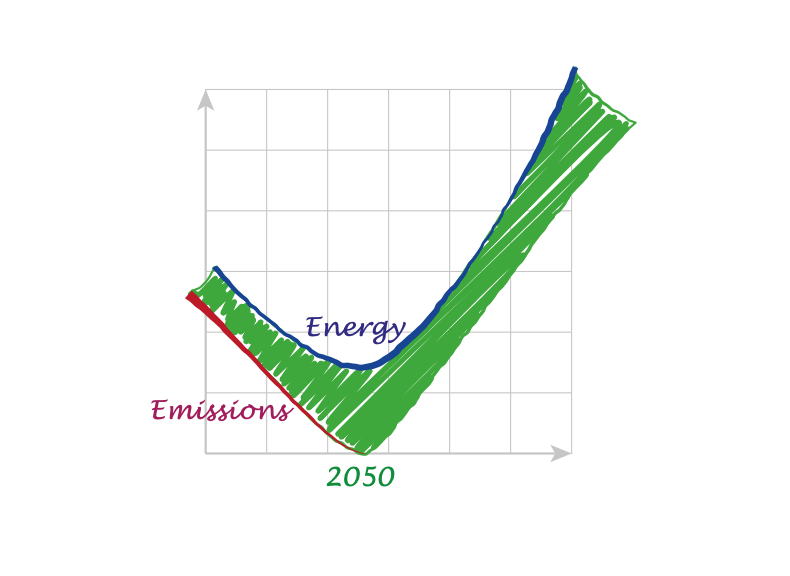 I look at material provided by the likes of Ice Age Farmer and am left thinking that his claims are likely overblown.

But then, along comes a bit of primary evidence – from Imperial College that brought you the lockdowns – that blows my doubts out of the water.

I never see any evidence that there is any intention to shut down the war industry or aviation – or anything that might have made a difference.

You must read the 2019 ‘Absolute Zero’ report, authored by Imperial College London – once you do, you’ll realise the past 16 months have been part of a much more sinister agenda that has only just begun.

A report produced by Oxford University and Imperial College London for the UK Government reveals that all airports will be ordered to close, eating beef and lamb will be made illegal, and construction of new buildings will not be permitted in order to meet the legal commitment of zero emissions by 2050.

The report states that all airports must close between 2020 and 2029 excluding Heathrow, Glasgow and Belfast airports, which can only stay open on the condition that transfers to and from the airport are done via rail.

All remaining airports must then close between 2030 and 2049 as to meet the legal commitment of zero emissions by 2050 every citizen of the United Kingdom must “stop using aeroplanes” for a significant period of time.

In addition, the report states that to obey the law of the Climate Change Act the public will be required to stop doing anything that causes emissions regardless of its energy source. According to the report this will require the public to never eat beef or lamb ever again.

The underlying point is that any asset which uses carbon will have essentially zero value in 2050. This in turn may encourage greater use in the run up to 2050 – for example, putting up new buildings at a much faster rate for the next 30 years, knowing that construction must then halt.

The report was released in November 2019 and was authored by ‘UK Fires’, a collaboration between the Universities of Cambridge, Oxford, Nottingham, Bath and Imperial College London – the home of Professor Neil Ferguson.

Entitled ‘Absolute Zero’, the report is a research collaboration in which the authors reveal what the UK must do to meet it’s legal requirement to reach net zero emissions by 2050, and it makes for harrowing reading.

However, the timeline of events may speed up significantly because the Government enshrined a new target in law in April 2021 to slash emissions by 78% by the year 2035.

In addition to reducing our energy demand, delivering zero emissions with today’s technologies requires the phasing out of flying, shipping, lamb and beef, blast-furnace steel and cement.

They also state this on jobs and location –

Those who are starting secondary school now, in 2019, will be 43 in 2050. Thinking about what education is appropriate for a very different set of industries is a key question. Should we still be training airplane pilots? Or aeronautical engineers?

And they state this on implementation of the requirements –

The changes in behaviour to achieve Absolute Zero are clearly substantial. In principle, these changes could be induced through changing prices and thus providing clear incentives for behaviour to change. The alternative is that the government prohibits certain types of behaviour and regulates on production processes.

You may be wondering how on earth they are going to get the support of the public in shutting the airports and stopping the consumption of beef and lamb?

Well, we could argue they are already well on their way to ensuring the closure of many airports thanks to the draconian laws that the British people have been living under since March 2020 in the name of protecting the NHS and saving lives.

Is it just a coincidence that four months after the release of the report, the UK Government brought in the coronavirus act and implemented a national lockdown which has decimated the travel industry? A quick read through the report certainly suggests the real reason for lockdown may have been so that the Government can meet its legal commitment to reduce emissions.

They will get the support just as they got the support for implementing ridiculous, draconian laws under the guise of stopping the spread of Covid-19. Laws which have decimated small business, taken away our freedoms, and created what will be the greatest health crisis to have ever been due to turning the NHS into the National Covid Service and then the National Vaccination Service.

They managed all the above through psychological manipulation and coercion. That is not an opinion, it is fact, and it is all documented in official UK Government documents which you can read here, and here. .

And they are going to use the exact same tactics to ensure you allow all airports to close and never eat beef or lamb again, this is what the ‘Absolute Zero’ report recommends the UK Government implements to achieve their legally required targets –

There is a misalignment between the scale of actions recommended by government (e.g. energy conservation) and those most commonly performed by individuals (e.g. recycling). Actions which can have a big effect, such as better insulation in houses and not flying, are being ignored in favour of small, high profile actions, such as not using plastic straws. This is enabling individuals to feel satisfied that they are ‘doing their bit’ without actually making the lifestyle changes required to meet the zero emissions target. If large scale social change is to be successful a new approach is needed.

Whilst the thought of society taking radical, meaningful steps to meet zero emission targets could be criticised for being idealistic, we can learn from historical cultural changes. Not long ago, smoking cigarettes was encouraged and considered to be acceptable in public spaces that children frequented, drink-driving was practiced with such regularity that it killed 1000 people per year in the UK, and discrimination based on sexual orientation was written into law. These behaviours now seem reprehensible, showing society is capable acknowledging the negative consequences of certain behaviours and socially outlawing their practice. Focus should therefore be centred on expediting the evolution of new social norms with confidence that change can happen.

Evidence from behavioural science, and the long experience in public health of changing behaviours around smoking and alcohol, shows that information alone is not enough to change behaviour. To make the types of changes described in this report, we will have to think more broadly on the economic and physical contexts in which designers, engineers and members of the public make decisions that determine carbon emissions.

At the same time, clear, accurate and transparent information on problems and the efficacy of proposed solutions is essential for maintaining public support for policy interventions. The phrasing of communication is also important. Messages framed about fear and climate crisis have been found to be ineffective at motivating change.

The longevity of the challenge of reducing emissions, and the lack of immediate or even apparent consequences of small individual actions mean it is challenging to link to them to the large-scale climate crisis. This allows individuals to make decisions which contrast with their desire to reduce emissions.

Scientific description is not always the most effective means of communication, and language used to promote zero emissions should no longer focus on an ‘ecofriendly’ and ‘green’ lexicon, but rather candid descriptions of actions that appeal to human fulfilment. Evidence from time-use studies shows that human fulfilment does not strictly depend on using energy – the activities we enjoy the most are the ones with the lowest energy requirements.

Consumers can be satisfied in a zero emissions landscape.

‘Starting with the difficult decisions, an educational setting should provide a timeline for actions to be taken by humanity in order to ensure that we hit our carbon reduction targets by 2050. By working backwards from 2050, and sequentially working out the order and timing in which key mitigation actions need to be taken, a roadmap for the necessary restraint can be established.

Across the secondary school system, this roadmap is essential in eliciting the questions which will inevitably come from the school children. This will enable an exploration of real change in the mind sets of those who will need to embrace change more than ever before later in their lives.

All of this will be done to allegedly reduce carbon emissions due to the alleged danger of global warming.

The average carbon footprint per person in the UK, per year, is 12.7 tonnes CO2e.

In terms of global annual carbon emissions of ca. 38,000 megatonnes CO2e, 12.7 tonnes doesn’t sound like much. But when you consider a population of 68 million people in the UK alone, nearing 8 billion worldwide, all of a sudden it sounds like in order to meet a target which is enshrined in UK law and must be legally met, it may just be easier to reduce the population of the United Kingdom?

The past sixteen months have seen –

You must read the ‘Absolute Zero’ report, authored by Oxford University and Imperial College London, the former having invented the AstraZeneca Covid-19 vaccine, and the latter being instrumental in providing flawed models that were used to justify draconian lockdowns in both the UK and USA.

Because once you do, you will realise that the past sixteen months have been part of a much more sinister agenda that has only just begun. 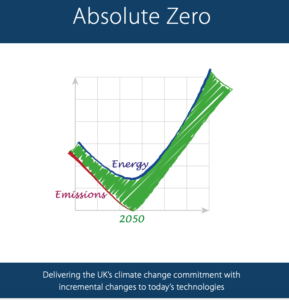 Read the report for yourself HERE