The Arctic ice after the 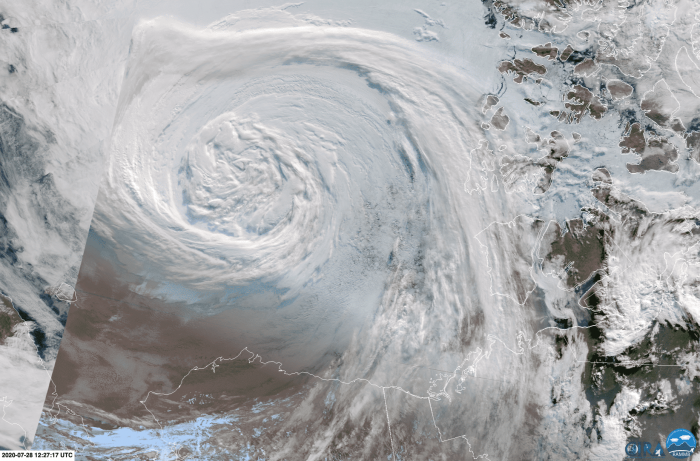 A 970 mB cyclone, that formed over northeast Siberia and entered the Beaufort

sea ice and threatens, AT THE VERY LEAST, any ice short of the 90N parallel.

To say any more than that would be educated speculation.

A very impressive <970 mbar cyclone over the Arctic ocean, the sea-ice extent at a record low

Here is my video –

This is how it looks today.

This was the storm on the 29th July

Sea ice EXTENT is at its all-time low for this time of year.  The 2012 record has been beaten.

Here are some representations of sea ice concentration –

From the University of Bremen

This is the sea ice thickness from the US Navy site. Only the area in turquoise represents thicker ice, of 2 metre thickness.

From this you can see just how quickly a metre of ice can disappear.

There is an unprecedented level of surface methane emissions, especially in the Russian Arctic. From CAMS

From 27 July – the ice is retreating away from the shore of the Canadian north and Greenland.