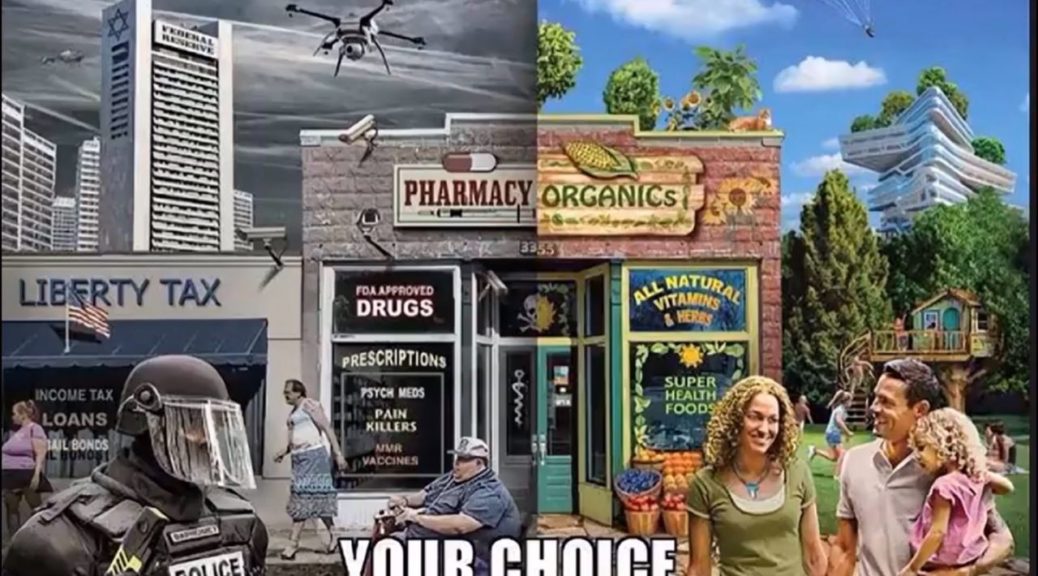 This is an Aussie advertisement for beer:

The main in the handcuffs was arrested for “not wearing a mask”. This is a shocking display of Police intimidation tactics in Australia. More evidence that the Police are deliberately targeting and attacking the religious and multicultural family-orientated communities of western Sydney!

Simeon updates us on the Australian situation and fills us in on his own personal experience holding the line against the unfolding tyranny across the ditch.

You can see Simeon’s experiences of police intimidation, including a raid on his home, with an element of satire, on his YT channel.

At this point, it’s hard to know whether we are living in a comedic tragedy or a tragic comedy.

From Max Igan, via Telegram

The government there is clearly setting up a genocide. Here is what I think happened there:

50 years ago Australia was singled out by the “elite” as a potential survival stronghold for the white race. They did not want to wipe out the United States and Europe only to have their plans screwed over by “the land down under”. They saw South Africa the same way and took action at around the same time, but South Africa was easier to destroy so it is already over with there. Australia was an entirely different story.

The plan with Australia was to keep life looking as normal as possible until the agents of the “elite” (who are the jewish community, I’ll not kid anyone here) managed to successfully work as a team to infiltrate every institution they needed to accomplish a police state lockdown with no substantial resistance from the people. This involved the infiltration of all the police departments, municipalities, the national government, the local governments – any place there was a pressure point to apply forceful control, and they got them all. It would take fewer than 1,000 well placed people to accomplish this and the manner in which institutions function would complete the rest of the dirty work by default.

This same effort was applied to the merchant sector, where they put their people right at the pinch points to ensure the merchant sector would comply with orders to murder people via the denial of access to food and other essentials unless the people complied with orders from the institutional sector. This same situation is happening in Europe and the United States, but the United States was a very robust country that paid attention to things well enough to avoid a weapons ban. Australia on the other hand has no defense, and now that the infiltration is complete, we are going to see what the Jews want for ALL OF US. Never forget that it was predominantly the Jews who were the “pirates of the Carribean” as well as the ones running the slave trade, they have a real history of enslaving populations and have mastered the process. Australia is standing out from the rest of the world as a five star example of that process coming to fruition “out of nowhere”.

Now that this process is complete Australia is seeing the consequences. There is absolutely no reason for any of the lockdowns but Australians are being punished for resisting the vax more than any other country. Prior to all of this they were only about 5 percent jabbed because they were not stupid. Something had to be done to get them under control and get them jabbed, and we are seeing that now – literally dead airspace above the country with not even parcel delivery of foreign packages happening. A totally communist style system where people are not allowed to go literally farther than you can yell without papers and approval to do so. Suddenly, overnight, Australia went from being a “free country” to a lockdown situation that is in excess of the old Soviet Union and East Germany. Even in those locations, historically, you could at least walk all of Berlin and the outlying areas, not so in Australia, where you can now only go 2,000 meters. That’s less than a casual fitness bike ride.

Here is proof Australia is going to murder an enormous portion of it’s population: If you don’t get their jab, (which will kill an enormous portion of the population) you will not be able to work. If you lose your job because you did not get jabbed, you cannot get unemployment. You will therefore eventually starve to death. Australia has already issued the mandate: Get jabbed or die. That has not happened anywhere else yet, and the speed at which it happened in Australia was literally overnight, the Jews merely activated their sleeper cells and threw the country in the waste basket overnight.

As of now, Australia is discussing forcing people to show proof of vaccination to buy food. That’s not in place yet but one thing is clear: If “someone” saw fit to simply slam all of Australia into such a filthy lockdown while they successfully, on order, shut down air traffic to such an extent you can’t even mail packages in, at the same time they mandated vax passports to even work, at the same time they said if you get fired you cannot get unemployment and therefore cannot buy food, that “someone” clearly plans to commit mass genocide.

The only thing that will stop Australia from matching the other horrific genocides the Jews triggered elsewhere is it’s low starting population. Australia can’t match Ukraine even if they kill every single man woman and child. That’s where Australia is headed if the Australian people do not rise up immediately and put this right, “they” are simply going to toss it in the trash.

Accepting the jab is the wrong answer. All of Australia KNOWS what that shot really is. Only a solid rebellion with consequences will ever stop the monster at their door. Peaceful protest at this point is the best way to die

In but the latest sign that Covid locked-down Australia has abandoned all pretenses of a democratic society and has effectively become a police state, Aussies are now having their booze confiscated in the name of ‘health monitoring’.

Apartment blocks subject to lockdown measures in New South Wales, which is home to Sydney and other large population centers, are reportedly being monitored by the government’s NSW Health agency. “Residents in apartment blocks locked-down by NSW Health are having their alcohol deliveries policed as part of a policy to limit the number of drinks being consumed each day,” according to https://news.com.au.

Residents of one particular building have accused authorities of doing random searches of their private mail and care packages sent by family members and friends. “They are searching all bags and things coming into the building… They confiscated a series of gifts,” one resident of Mission Australia’s Common Ground building in Camperdown said. “So things like bottles of spirits, we weren’t allowed to have those and we still (aren’t).”

The complaints came after NSW Health took control of select apartment buildings ostensibly in order to monitor and limit the spread of the coronavirus, which means in some cases where infections have been found, all residents were forced into isolation. These buildings are deemed under strict lockdown and have a police presence around them, apparently even intercepting mail.

A statement in national media confirmed that health authorities are enforcing the following restrictions:

Residents are allowed to receive a ration of one of the following: six beers or pre-mixed drinks, one bottle of wine, or one 375ml bottle of spirits.

Excess alcohol is being confiscated until lockdown rules are lifted.

Throughout most of the pandemic pubs in large cities like Sydney have remained close, along with other public venues like gyms, hairdressers, and restaurants.

This fueled a rise in online alcohol sales and home deliveries. But apparently authorities are sweeping in to take this ‘option’ away too.

Australian health authorities are promising that pubs will once again soon open, but only after they implement a state vaccine passport app which will enable clients to be screened at the door over whether they’ve been double-jabbed yet.

The vaccine holocaust is well under way in Australia, where a disturbing new video depicts Australian covid internment camp police threatening to “gas” an occupant (prisoner) who has already spent 14 days in forced quarantine and wants to be released. A snippet of the video is shown in today’s Situation Update podcast (below), around the 10-minute mark.

One thought on “The Australian descent into tyranny – 9 September, 2021”