INTERVIEW WITH THE 17YO TEEN BRUTALISED BY NZ POLICE YESTERDAY 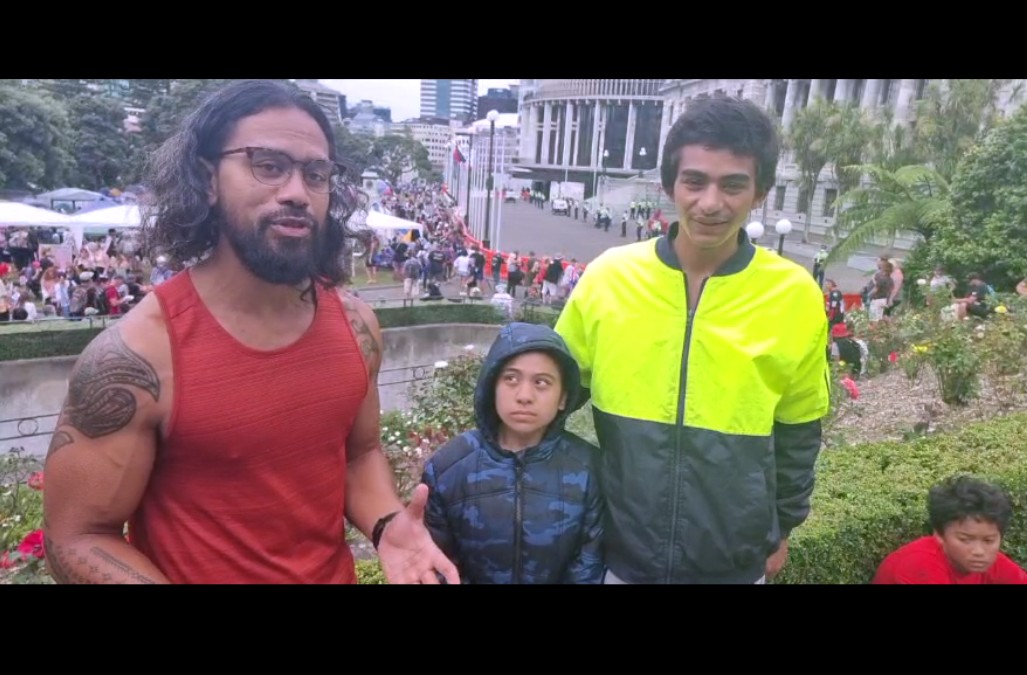 From Free NZ. Beautiful korero with this young man. So brave. So wise. (Note since this was published we’ve received word that Alexander is actually 17 not 14 as originally thought – to explain the correction).TWNZ

“We talk to the brave insightful young man Alexander from Whakatane who went viral when picture of him being held down by police was circulated far and wide. We have a full interview coming out tomorrow with this young man with better sound quality, thank you for your patience”.

Background info at the link below:

NZ POLICE BRUTALITY TODAY: A 14 YO TEEN IS INJURED … RESTRAINED BY FULL BODY FORCE ON HIS HEAD

NZ POLICE BRUTALITY TODAY: A 17 YO TEEN IS INJURED … RESTRAINED BY FULL BODY FORCE ON HIS HEAD 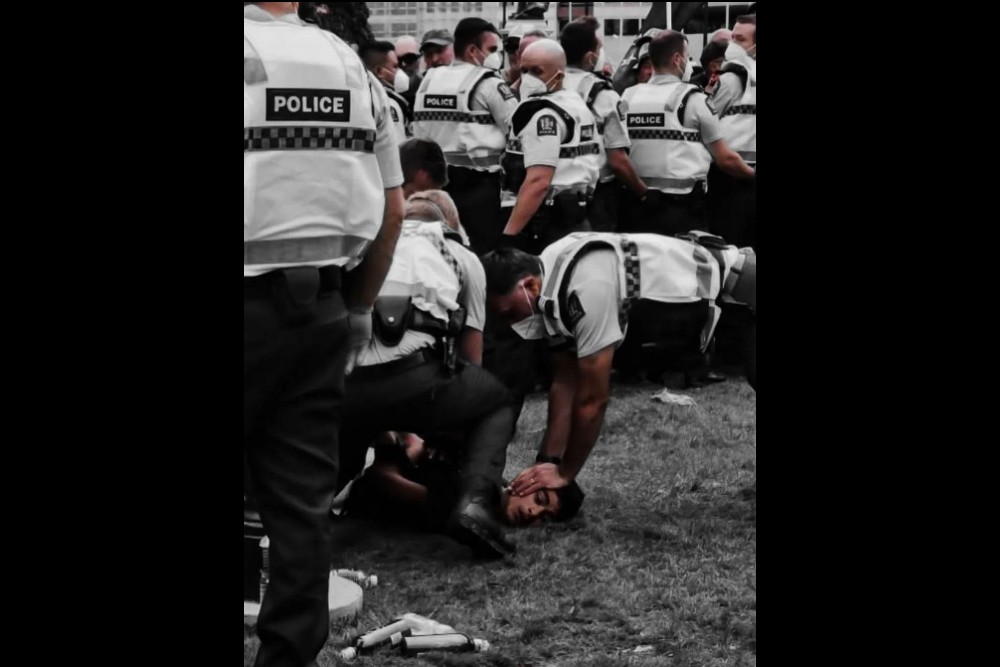 See how NZ Police restrained a 17 YO teen today, caught on video. Onlookers scream in horror at the tactics used. “Get off his *** head!! He’s just a kid!!”  (Instructions for laying a Police complaint supplied below)

VIDEO at the link:

Today, New Zealand Police deliberately and brutally attacked citizens engaging in peaceful protest in front of Wellington’s Parliament House. Police, using pepper spray and scrum tactics, targeted and herded the crowd of civilians after locking the gates mid-morning to prevent them leaving the area.
The protesters, who were singing the New Zealand National Anthem and linking arms, remained remarkably calm under extreme pressure from the massive number of recruits from the NZ Police Training College and other Police resources.
Adults and children were targeted during the violent assault on citizens, with one 14-year old suffering a neck injury from the use of Police headlock tactics. Elderly men and women were dragged out from their peaceful protest groups, and dragged across grass and concrete before being arrested and taken for processing.
The charges against the protesters involved trespass, which was alleged by Speaker of the House Trevor Mallard and reiterated by Grant Robertson, Deputy Prime Minister of New Zealand.
Live video shows the aggressors to be New Zealand Police with the crowd overall being extremely good-willed.under intense pressure.
One media commentator noted that “I have never disliked Police in my life – until now!”, and it seems that the actions of Police being livestreamed around the nation have encouraged many hundreds more New Zealanders to join the movement.
Another witness to these events, Carrie Sutton writes:

On the ground source

The police are doing shifts, the people are not. The protesters were standing peaceful and then the police barged. I watched the whole thing for 4 hours straight with a side on veiw. They pulled a woman by her hair and her dress came off in the process and they arrested her naked. I watched them pull a young girl right in front of the camera when she was just talking to her parent and then supposed to go back into the outer area. They barged right at the point out of the blue when there was NO violence at all and grabbed her and cut her neck. There is a woman who was just putting her ph away in her bag and they unexpectedly barged again and they grabbed her and dragged her by her feet and then pushed their elbow into her sternum and cracked it and now she is in hospital. The other people they arrested got let go and are back on parliament grounds. STOP LISTENING TO MAINSTREAM MEDIA!!! THEY ARE DECEIVING YOU. We know as soon as they are about to barge cause you can see across at the mainstream media filming from the balcony. They run back to their camera like they know something is about to happen then about 5 mins later they start to barge.
There were police in tears at some of their colleges behaviour and said this is not right! There were 3 police that I know of that resigned on the spot. People can have a go at me over and over and I couldn’t care less! Video footage does not lie like photographs do! I know what I saw! NO ONE can tell me otherwise. Police are just doing what they have been told to do. But its their choice with what they do next.. I’m sad for some of the police and I’m really sad for our people! It was a huge shock seeing people standing there linking arms singing the national Anthem and then watching out of the blue the barging and dragging people out by hair, feet or arms. I prayed so hard for all involved and I cried my tears too. Wishing I could be there in support.

This is me- front line – before I was assaulted by WPC (link below)
You can see the gathering was peaceful, good humoured.
The WPC initially had her elbow on my windpipe -I told her sh was hurting me – she moved her elbow then to my sternum – and i again told her very clearly you are hurting me – she said get your hands off me – I was linking arms with the people either side of me and told her this- she increased the pressure and the pain was unbearable. I felt something “break” in my sternum. I started to collapse, I felt faint and my legs just went under me – the people either side of me were holding me up and then agony as more police dived in pulling up my arms and injuring me further ignoring my screams that they were hurting me- I was already at a 10 for pain (!)( – unbelieveable -I was left on concrete on my hands and knees not able to breathe properly and in agony for about an hour before they called for an ambulance – the ambulance said they were there within 25 mins of the call – and you can see from this footage I was attacked around 1:30pm. I got to hospital around 3pm.
Photographs have been taken of my injuries and I will be pressing charges against the WPC concerned. I am still in HUGE pain not able to talk / breathe deeply without extreme pain and breaking down in tears at this violent assault by another woman, who, along with her colleague is supposed to UPHOLD THE PEACE.
NZ police I am so disappointed in you today- and saying you were following orders just won’t cut it – you all have a conscience and we can see from your faces that you we not happy with the position your commanding offers put you in.
A sad day for New Zealand indeed.
We started the day with peace and I know the Freedom Convoy Members that stood along side me will continue to bring peace into this situation.
Main stream media – your coverage has been appalling – and the whole of New Zealand is now getting to see, who your masters are.
Thank goodness for Social Media – let’s keep getting the word out
Please do whatever you can to share what is happening in New Zealand – REMAIN PEACEFUL WITH LOVE IN YOUR HEARTS – you will see that LOVE WINS xxx