Was the March, 2019 Christchurch mosque massacre a warning to put the NZ government in place?

On Tru News Rick Wyles talked about the explosion in Lebanon and said that it was definitely, in his opinion, a nuclear attack.  He went on to talk about the negotiations between the United Arab Emirates and Israel, which, he pointed out, were in progress and far from a fait accomplis. His opinion was that the nuclear attack on Beirut was a message to Israel’s neighbours and one that was interpreted as such, especially after an explosion in the UAE on the day (or the day after) the attack in Beirut.

The Arab countries have realised that their capitals are far more open to attack by small nukes and this has made them far more amenable to negotiating with Israel after receiving the message, “this can happen to you too”.

I come now to my own country, New Zealand.

The present Labour government, under Jacinda Adern was voted into power at the end of 2016 and a rickety coalition was formed that has survived to this day. From what I remember, part from signing the TPP Agreement there were few reasons for alarm. Indeed, the government was starting to claw back some of the excesses of the John Key government of 2008-2016.

There were media stories, going back to 2018 of the Five Eyes, of which New Zealand is part, being deeply concerned about New Zealand’s agreement with Huawei and even some talk of kicking out New Zealand because of its perceived closeness with China. And this seemed to come to a head towards the end of 2018 with the arrest in Canada of the executive of Huawei, Meng Wanzhou.

There have long been concerns about the hold that Beijing has over New Zealand and its dependence on China for trade and as a source of money through NZ students in China as they like.  The National Party has been rife with corruption that involves ministers of the crown and a former prime minister, Jenny Shipley as well as on the other side of the parliamentary seats.

It reached the stage where the National government appointed a mainland Chinese, Jian Yang, who in China trained the Peoples Liberation Army and is widely taken to be a spy for the CCP to a cabinet position.

So, it was headlines like this that dominated the headlines into 2018. New Zealand was clearly not in the good books of the intelligence network, the Five Eyes – members of which are the UK, the USA, Canada, Australia and New Zealand

Wind forward to 2019 an this was being asked by the western alliance while New Zealand was perceived as being too close to China.

So, the question is whether these divisions were limited to diplomacy and closed door negotiations or whether our allies decided (possibly in conjunction with, say, Israel) they needed to do something a bit more persuasive to bring New Zealand into line.

The Huawei saga was coming to a head in early in early 2019.  On 15 March a massacre was carried out in two mosques in Christchurch by Australian, Brenton Tarrant.

It is clear to me from my own research and from the excellent forensic work done by Max Igan that this was a false flag.

The question for me. is whether this was initiated by our ‘allies’ to being the New Zealand government into line and make them more compliant.

Certainly since then the behaviour of the government has changed as they brought in legislation to confiscate guns from the public. As predicted, a year later the responsible, traditional users of firearms – farmers and hunters – have had their weapons taken off them while the criminals still have them and gun crime has gone up.

There were media stories, going back to 2018 of the Five Eyes, of which New Zealand is part, being deeply concerned about New Zealand’s agreement with Huawei and even some talk of kicking out New Zealand because of its perceived closeness with China. And this seemed to come to a head towards the end of 2018 with the arrest in Canada of the executive of Huawei, Meng Wanzhou.

My conjecture (with no direct evidence, but based on my own observations and joining a few dots) is that our Five Eyes partners (and possibly others, such as Israel) decided to “teach New Zealand a lesson” in the same sense that a nuclear bomb dropped on Beirut might have taught the Arabs “a lesson”.

Certainly, since then, the Labour government has been very compliant with the Five Eyes and all the international agencies such as the WHO.

Up until the Christchurch attacks last year it seems to me that the coalition government were doing OK. They were even correcting some of the excesses o the John Key years.

But the attacks changed everything.

Don’t just take my word for it.

This is former prime minister, Helen Clark, one of our key globalist figures. 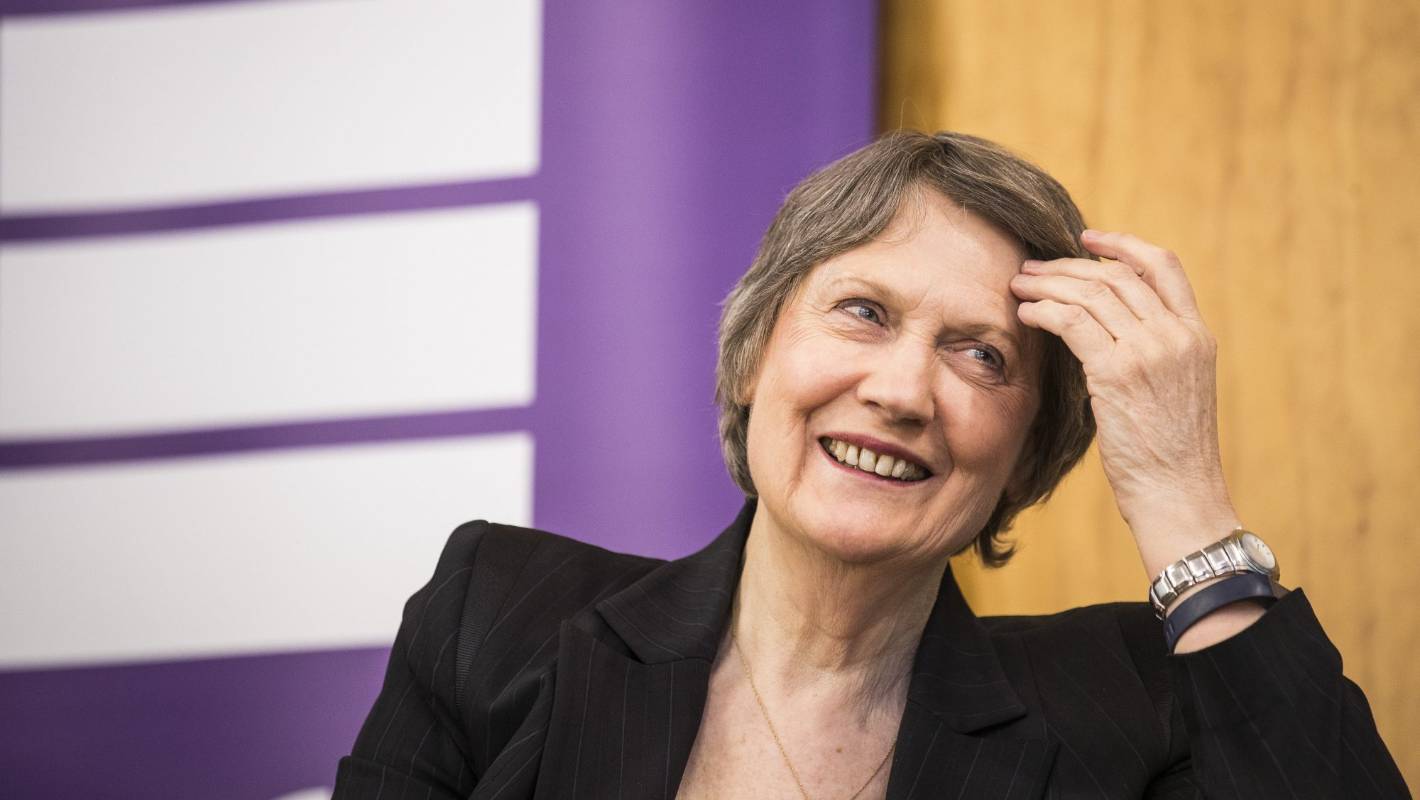 She obviously thinks things have gone too far and we have lost our independence with relationship to the Five Eyes.

There is a meme spread by people in this country such as Billy te Kahika that Jacinda Adern is a “communist”. I dispute this. I do not think that this is true (unless you think anyone to the “left” of Donald Trump is a communist). They are all globalists -and have been since the Rogernomics revolution of 1984 – and beholden to the same ideology – but are definitely not communist, even when handing out helicopter money.

Now, I would argue, as a result of an “offer that can’t be turned down” the NZ government is fully compliant.

In March there was a month-long Level 4 shutdown after at least of month of allowing the virus to just walk on into the country.

Now, we are back to a level 3 lockdown in Auckland with police checkpoints at the “border” of Auckland while the planes are still flying, in and out and it has been announced that all New Zealanders “confirmed” to have cover-19 will be put in quarantine facilities.

What I have just said notwithstanding, it is clear that our leaders are happy to be compliant as this photo makes clear. I believe that our Director-General of “Health”, Ashley Bloomfield worked for the WHO and has his own links with Bill Gates.

A few weeks ago I put together a timeline to show just how false the story that New Zealand had been the most successful country on the planet at dealing with the pandemic by pointing out all the blunders carried out by the government and how the WHO’s declaration of a pandemic immediately preceded the decision to shut the borders (even though that is largely a fiction, at least for ordinary New Zealanders that can’t travel anywhere) and announce a lockdown.  Prior to that the government was very complacent about the whole thing.

So, they were waiting for orders that they immediately complied with.

I thought it was an important perspective but it attracted very little attention at the time.

You can watch my short series HERE, HERE and HERE