A new report suggests that medical students are sometimes encouraged to breach informed consent guidelines by their supervisors.

The New Zealand Medical Association surveyed 93 final-year students at the University of Auckland, just over a third of the final-year.

The peer-reviewed study indicates the respondents were representative of the entire student population, matching age and gender distribution.

Most students admitted that they were not always compliant with consent guidelines.

The study focused particularly on sensitive procedures like breast, rectal, or genital examinations. Across all of those procedures, except for one, the majority of respondents admitted to noncompliance.

The sole exception was in the case of non-birth related pelvic examinations, which 85 percent of respondents said they always performed with proper informed consent.

During breast exams, on the other hand, only 17 percent said they always sought consent.

Students noted that their clinical decisions were strongly influenced by their supervisors. Some said they were pressured to forgo informed consent, with one student noting that they were coerced into performing an unconsented rectal exam on an unconscious patient.

Students described some supervisors as indifferent and unsupportive of the consent process. “I explained the University policy, but he wasn’t concerned,” wrote one student.

The report also points towards power imbalances, with respondents noting that they felt unable to challenge their seniors.

“I often felt unable or unwilling to question seniors even though I was aware the consent process was not followed,” wrote another.

The NZMA has suggested a review of the survey’s findings to provide a safer environment for students and their patients.

What are the odds?

This reminds me of when a whole heap of libraries were closed in the country – all at about the same time for different reasons.

Are we honestly to believe this at a time of dire crisis for the health sector in the midst of a “pandemic”? 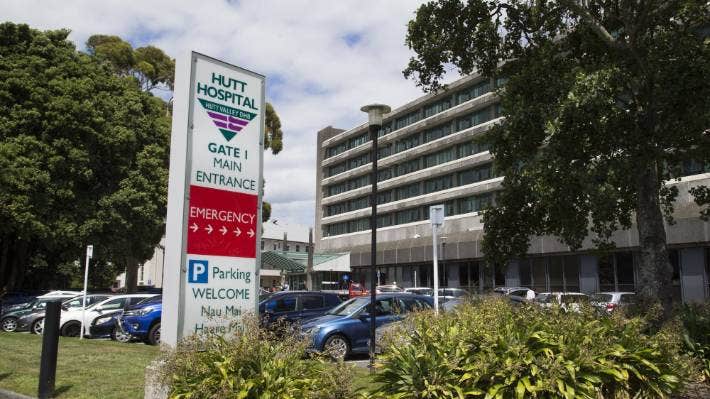 The Hutt Valley health board decided against strengthening its main hospital building a decade ago, despite a warning parts could collapse in an earthquake.

This week’s release of a report showing the Heretaunga block at Hutt Hospital is just 15 per cent of code led to the board confirming it would need to relocate its outpatients unit, maternity and post-natal services, radiology, burns unit, children’s ward, general surgery and gynaecology and the medical ward.

Hutt City Council has also now released documents showing it agreed in 2021 the building was OK to use, based on a 2011 assessment that found it was not officially not quake-prone, but highlighted the risk of “possible collapse of parts of the structure”.

Mathew Parr, the chief financial officer for Hutt Valley and Wellington health boards, on Thursday said the Hutt Valley board received advice about the block’s seismic resilience in 2012. This was sparked by the 2011 assessment.

Wellington Hospital needs to move ED due to quake risk

Wellington Hospital has to move its Emergency Department because its structure might fail in a quake.

There are also issues at Hawke’s Bay Hospital. They are the latest shaky hospitals juggling earthquake risks.

Phil Pennington has been investigating.