There is a lot happening and I do not have the energy to dive in right now so I am posting this ‘as is’ here. There are always some good leads to follow in these articles even if the conclusions are not 100% trustworthy.

Against Russia Followed By

A concerning new Security Council (SC) report circulating in the Kremlin today first noting the cyberattack threat made by Supreme Socialist Leader Joe Biden against the Russian Federation, that President Putin spokesman Dmitry Peskov responded to by declaring “This is nothing but international cybercrime”, says before any more of these types of threats are made, Biden would do well to focus his attention on the SBG2 Data Center and its over 30,000 computer servers in Strasbourg-France—with particular attention being focused on the total fiery destruction of this largest in Europe data center yesterday that cut off service to nearly all of the world’s most popular websites—the cause of which has yet to be determined.

While the ashes of this vital Western data center are still being sifted through, troubling new articles are appearing like “Joe Biden Is The Commander In Hiding”, “Mexico Alarmed As ‘Migrant President’ Biden Empowers TRAFFICKERS By Encouraging Illegal Immigration” and “Military Agrees To Keep Thousands Of National Guard Troops At US Capitol For Weeks To Protect Corrupt Democrats Who Are Terrified Of The American People”—the latter of which was responded to by top Republican Party leader US Senate Minority Leader Mitch McConnell, who grimly observed: “I’m extremely uncomfortable with the fact that my constituents can’t come to the Capitol…With all this razor wire around the complex, it reminds me of my last visit to Kabul…I just checked earlier this morning and there are no serious threats against the Capitol…It looks terrible to have the beacon of our democracy surrounded by razor wire and National Guard troops”.

With it being easier for Americans to visit the Kremlin than their own capitol city, the terror being exhibited by socialist Democrats against them is justified after they slammed these citizens yesterday with a COVID stimulus price tag of $17,000 per person and $69,000 per family—further slammed them with $60-billion in new taxes they secreted into this bill—also saw socialist Democrats sneaking into this bill an $86-billion bailout for corrupt union pension funds—though for the true horror of what’s just happened sees it being explained in the just published Wall Street Journal article “The Progressive Democratic Steamroller”, that, in part, reveals:

The $1.9 trillion spending bill is only a taste of what’s coming

One lesson from the Covid non-fight is that there are no Democratic moderates in Congress.

The party base has moved so sharply left that even swing-state Members are more liberal than many liberals in the  years.

Democrats lost not a single vote in the Senate and only one in the House.  The fear of primary challenges from the left, which took out House war horses in 2018 and 2020, has concentrated incumbent minds.

A second lesson is that President Biden is no moderating political force.

Democrats in the House and Senate are setting the agenda, and Mr. Biden is along for the ride, and the media are marching in lockstep support of whatever Democrats want.

Confirming this analysis of what is soon to come were socialist Democrats in the US House this week passing the most radical pro-union labor bill since the 1935 Wagner Act that would erase right-to-work laws in 27 States—that was quickly joined by warning articles appearing like “Here Come Trillions More: Biden Will Unveil “Next Phase” Of COVID Response On Thursday”—sees socialist Democrats advancing their bill to strip the American people of their gun rights, which caused Republican Party leader US Congressman Chip Roy to declare: “The Government Is Never Going to Know What Weapons I Own”—and most ominously sees socialist Democrats advancing their law to destroy the entire election system so they can never lose, which Republican Party leader US Senator Mike Lee describes as “Written in Hell by The Devil Himself”, and his sounding the alarm about socialist Democrats if this bill ever passes: “They Could Remain In Power For Decades”.

As socialists have always done, this radical remaking of America in the 1960s was only able to be accomplished by keeping its citizens’ attention diverted by actual war and the threat of war—the first accomplished by the Vietnam War, and then second by the Cold War—saw Republican Party leader President Richard Nixon ending the Vietnam War, after which the socialist Democrats drove him from power—then saw Republican Party leader President Ronald Reagan ending the Cold War, which is why he’s still reviled by socialist Democrats.

A history if fully understood by Americans would show them why President Donald Trump absolutely had to be driven from office by any means possible—and with this now being accomplished, once again sees these socialist Democrats remaking America again like they did in the 1960s, to include them preparing to use war and the threat of war as a distraction—which is why a new military airfield is rapidly being built on a highly strategic island in the Red Sea in reach of the entire Middle East—is why a nuclear armed US aircraft carrier group is rapidly deploying itself in the Mediterranean—is why the US and NATO are unleashing their dangerous new strategy against Russia—and is why the head of  the US Indo-Pacific Command Admiral Philip Davidson said this week “China looks like it is planning for war”.

Unlike in the 1960s, however, both Russia and Communist China are prepared for the false flag event these socialist Democrats will use to ignite this war—though the same cannot be said about the American people, none of whom remember Operation Northwoods, which was the 1960s socialist American government plan to fake terrorist attacks on the US that President John Kennedy refused to allow, then saw him being publically executed—and if remembering, would see them trembling in fear because these are exact same socialist forces back in total control of their nation.  [Note: Some words and/or phrases appearing in quotes in this report are English language approximations of Russian words/phrases having no exact counterpart.] 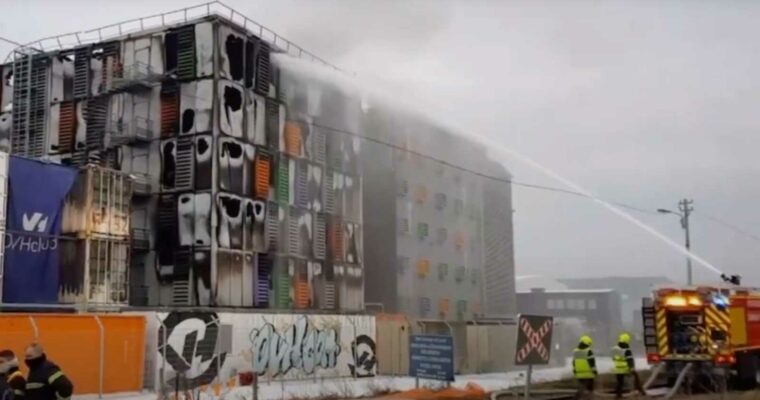