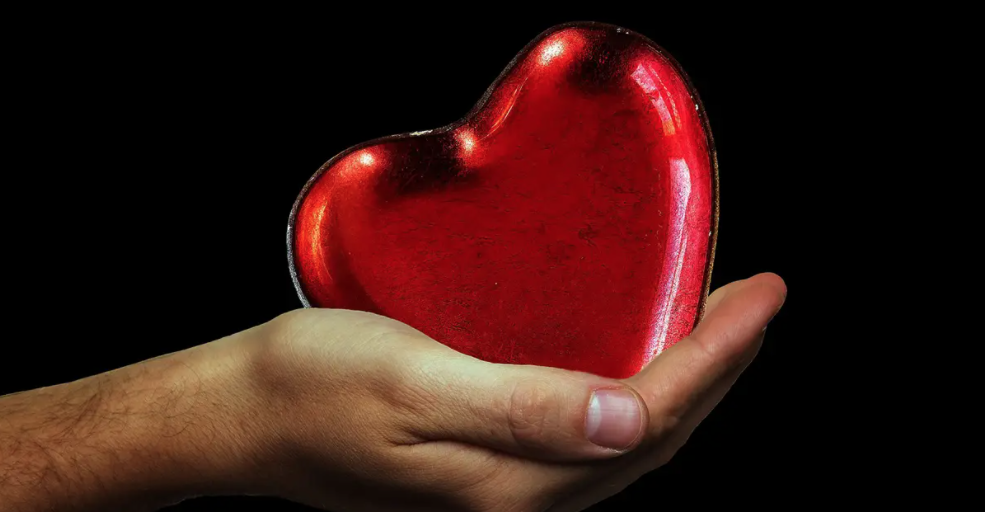 Today I reviewed my 2021 diary and correspondence and had an aha moment. Up until September most of my exchanges and the press articles I read involved discussion and interpretation of the relative merits of published scientific papers.

After that the official dialogue reported in the media subtly changed and started to assert that ‘science’ was on the side of vaccination without actually citing research papers—the merit of vaccination had become an accepted ‘fact’. In contrast after September the publishing of Covid-19 science papers picked up pace and they certainly weren’t supporting the government narrative. Scientifically speaking, the government narrative was becoming an embarrassment, but that did not in any way deter the media or the government and their advisors from deciding to rigidly enforce and support draconian vaccination mandates.

Sometime early in 2021, there must have been a NZ government decision to accept at face value data from Pfizer that the vaccine was 95% effective and completely safe. On this basis they launched a public advertising campaign emphasising its complete safety and effectiveness. Yet even in January before our vaccine rollout, studies were surfacing indicating that the effectiveness of the Covid vaccines dropped off rapidly.

This was quantified as about 39% after six months. By the end of May Israeli scientists had found a risk of some degree of myocarditis in as many as 1 in 2,500 recipients, especially after the second Pfizer dose. These warning signs did not appear to have any impact on government policy or messaging.

As the year went on key studies carried a clearer message. A study in the European Journal of Epidemiology published on 30th September found incidence of COVID‐19 is unrelated to levels of vaccination across 68 countries and 2947 counties in the United States.

On October 13th a study in Viruses reported that the Covid spike protein inhibits cellular DNA repair in vitro.

On October 25th, a study published in the Lancet of 1.6 million individuals in Sweden found that effectiveness of mRNA vaccines becomes undetectable after 7 months.

On 8th November a study published in Circulation raised the alarm about increased markers of cardiac illness among the vaccinated. This was followed by comments from cardiac physicians that the incidence of cardiac illness was increasing alarmingly.

Despite high levels of vaccination, data from EU countries showed high levels of Covid infection continuing and even growing as the year progressed towards its end. This was certainly not the predicted outcome of vaccination programmes. The one remaining ‘fact’ that justified vaccination mandates was the narrative that vaccination reduced hospitalisation and death. In mid December the figures from the UK Health Security Agency (Week 49 Vaccine Surveillance Report) showed that the proportion of vaccinated individuals dying from Covid in November (all ages) mirrored the proportion of the eligible population who were vaccinated (84% and 83% respectively) indicating an absence of net mortality benefit from vaccination.

On Christmas Day, a study of the case histories of 42 million people in the UK was published by MedRxiv, this found that for under 40 males, the risk of developing myocarditis (cardiac inflammation) was greater following mRNA vaccination than it was after contracting Covid itself. Moreover the risk increased with each successive shot including the booster shot.

On 22 December a Danish study was published which showed that the efficacy of the vaccine entered into negative territory after 90 days, in other words as the protective effect of mRNA vaccination wore off, it left recipients more vulnerable to Covid than the general population. The effect was largest for the Pfizer vaccine.

None of these newly published studies seem to have impacted government policies. Instead a measure of panic about the need for boosters has been projected by authorities around the world. To cap it all, despite there being no credible evidence, the scapegoating and persecuting of unvaccinated people has reached a crescendo. For example an article on January 1st 2022 in the Guardian written by Professor Devi Sridhar, Chair of Global Public Health at Edinburgh University rails against the ‘misinformation’ being promulgated by the unvaccinated.

She uses emotive phrases such as ‘alleged side effects’ of vaccination and denies that vaccination could change your DNA or ‘poison’ a person. Not a single study is cited by Prof. Sridhar in the whole article. Clearly there are serious side effects, numerous studies including some belated data from Pfizer itself have described these. Referring to these as poisoning is not prima facie a stretch. Is the professor aware of a study which came out at the end of 2020 showing that RNA sequences can and have been incorporated into our DNA?

Or is this perhaps a no go area for epidemiologists whose narrow field of interest is vaccination and now compulsory vaccination? In a show of professional entitlement, she bemoans the fact that her years of experience in infectious disease control is being ignored by a few people and wonders why the public does not offer the 100% unthinking support that her position should command whether it is based on science or not.

This is just one of an endless stream of articles, political pronouncements, and laws that scapegoat, punish and impoverish the unvaccinated. You need to dig a little deeper to find the source of this prejudice, because it certainly can’t be found in the published scientific narrative. There appear to be three main streams of thought that came together in 2021, all three of which are seeking forms of control, finance, and monopoly.

The first is the medical and pharmaceutical establishment with their magic bullet philosophy of manufactured drug-based approaches to health. Inherent is the idea that side effects are an ‘unfortunate’ but inevitable price to pay for health. More recently the use of biologic genetic medicine has been seen as the future of this sector, even though none of the promised breakthrough cures have come to fruition during the last 30 years. This sector wishes to gain a monopoly of healthcare, and potentially of the food sector.

The second is the technology and media sector. This stream of thought carries within itself the necessity of constant innovation. Innovations are seen as the essential stepping stones to progress. Each innovation replaces previous technology. For example we go from vinyl, to CDs, to streaming. This sector is highly competitive. The media feeds off technology news; new inventions promise a better quality of life. This sector also ignores the side effects of technology. For example, educational attainment is declining as IT use in education increases. In this sector there are winners who take all, and the rest are losers.

The third sector is found in the machinery of government. Governments wish to take control of every aspect of life, especially the content of education and the permissible methods of healthcare, but more particularly information. In 2021 I was invited to participate in a conference discussing a new Digital Strategy for Aotearoa (New Zealand). As the conference progressed, it became apparent that the government aim was to control internet content. In New Zealand the government already has absolute authority and accepts virtually no liability for mistakes. It now wants to be the sole voice we are allowed to tune into.

During the pandemic, these three sectors have found each other and their aims have merged. They clearly see mutual advantages. The fly in the ointment is the ‘past’—traditional and cultural values, religious sentiment, and natural approaches to health and well being. Thus an article in the Guardian on 31st December attacks people involved with the wellness industry in NZ, and suggests that when they become ‘reactive pro-vaxxers’ supporting the radical acceptance of new vaccination technology, the true meaning of wellness would be realised.

Essentially all three power houses of the pandemic have ended up in a cul de sac, and it is not clear to them how to get out unscathed. Public opinion has been so indoctrinated, inflamed, and coerced into believing that vaccination is the safe exit strategy, that any crack in this narrative would result in serious recriminations and consequences. On December 27th an assessment conducted in a large integrated health system in the USA found that the incidence of myopericarditis subsequent to mRNA vaccination was being underreported due to ineffective diagnostic procedures in hospitals.

We note that here in NZ a December 15 letter from Ministry of Health chiefs to regional health authorities for the first time struck a note of alarm that cases of myocarditis can become serious if left untreated.

An essential part of the vaccine narrative has been its absolute safety. Despite the BMJ publishing on November 2nd an expose of deficiencies and falsification during a Pfizer vaccine trial,

despite the absurdly short vaccine trial periods (months instead of years), despite the reports of multiple deaths proximate to vaccination (127 official Medsafe notifications so far in NZ and five times that notified to voluntary groups), the public vaccine safety narrative has been relentlessly pushed by media, pharma, and government—an unholy alliance of propaganda.

The efforts to hide any risks from the public were an essential part of their strategy. From the start the Ministry of Health decided not to require mandatory reporting of adverse effects of vaccines. Perhaps they simply didn’t bother to think about it, or possibly they didn’t want to know about any disasters if they did happen. Instead they decided the largely voluntary system of CARM, which they knew had a record of only 5% of cases reported, was adequate to the task. The result has been that the true extent of adverse events following novel mRNA vaccination of 4 million Kiwis is still largely unknown.

Was this a conspiracy? Probably not, but it was a coming together of like minded people, who had a very clear vision of a biotechnological future—three classes of people who all shared a common vision. People who had been influenced by popular notions of evolution based solely on competition and survival of the fittest. The idea that the individual and society are somehow always in competition with Nature which they should seek to dominate, known as Social Darwinism—a philosophy that greatly influenced Hitler.

We now know the dominant driving force of evolution is actually found in cooperative systems—symbiosis involving mutually beneficial networks of genetic intelligence. Nature prefers ways in which system elements can work to mutual benefit including even for example within predator hierarchies such as that in Yellowstone National Park where the reintroduction of wolves restored the balance in the wider ecosystem. These networks rely on the sun, the land, the water, the seed. Perhaps this is why some studies published during 2021 showed greatly reduced hospitalisation if you follow a plant based diet,

The great tragedy of modern competitive models of nature is the misuse and degradation of natural resources, resulting in problems of climate change, pollution, and scarcity. The long term stewardship of natural resources has been replaced by the political, medical, and information age imperatives of narrow economic interests whose benefits are not evenly distributed. A system that rigorously and self-righteously ignores its own failings.

Guy Hatchard PhD is a former senior manager at Genetic ID, a global food testing and certification company. He is an advocate of natural health care.

Dr Guy Hatchard is a statistician and former senior manager at Genetic ID, a global food safety testing and certification laboratory. Guy’s book ‘Your DNA Diet’ is available on Amazon.com.