Here is a distraction from very heavy news.

In New Zealand we are given a reprieve from covid propaganda whlle the “team of 5 million” is meant to grieve.

In Britain no one is allowed to gather in groups of 25. Will an exception be made for the royal family? 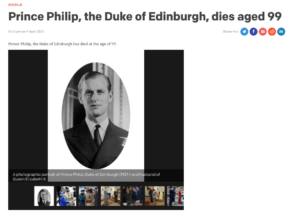 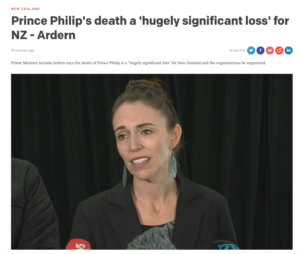 The main significance for me is he symbolises the passing of a generation.

This is what I will remember him for.

The death of Prince Philip was announced by Buckingham Palace Friday morning. Soon after, many people on social media began to re-share an old Prince Philip quote in which he says that after he dies, he would like to reincarnate as a deadly virus to help solve the issue of overpopulation.

The quote is noted in an article by The Guardian newspaper from 2009 where some of Prince Philip’s most controversial quotes are listed. The full quote reads: “In the event that I am reincarnated, I would like to return as a deadly virus, to contribute something to solving overpopulation.”

Riya tweeted a screenshot of the quote with the caption: “What the f—.”

Many others quickly responded to the quote making reference to the current COVID-19 pandemic.

According to the Daily Express, the quote originates from a 1988 interview that Prince Philip, who was often known for his controversial and sometimes offensive sense of humor, gave to Deutsche Press-Agentur. The quote was also widely shared during the early stages of the COVID-19 pandemic.

The duke was hospitalized for four weeks earlier this year in what the palace initially described as a precautionary measure. He was admitted to King Edward VII’s Hospital in London on February 16 and was discharged a month later. 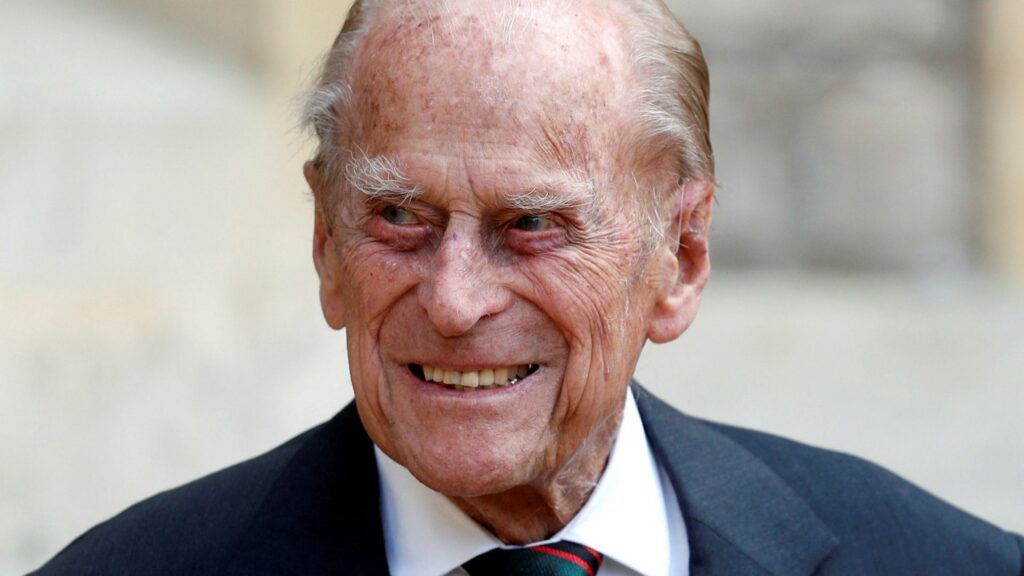 The Duke of Edinburgh has died. The Queen’s husband passed away peacefully at Windsor Castle this morning. In doing so, he became the first person in the UK to die of old age in over a year.

“My wife and I always rescue our dogs rather than get them from breeders. Time is the only thing that kills a mongrel. You’re always taking pedigree dogs to the vet. I can confirm that his royal highness died of old age and not coronavirus.” 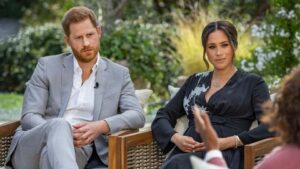 Dr. Nick Riviera told SKY News that the death of the royal consort may mean that we are at the end of the pandemic. Speaking to Adam Boulton, Dr. Riviera said;

“Hi everybody! Hi Adam! I’m really excited that someone has finally died of something other than covid-19 and this may mean that we are coming to the end of the pandemic.”

In other news, a balding ginger-haired man and a mixed race woman were seen pacing the departure lounge at LAX airport muttering; “well this is fucking awkward!”