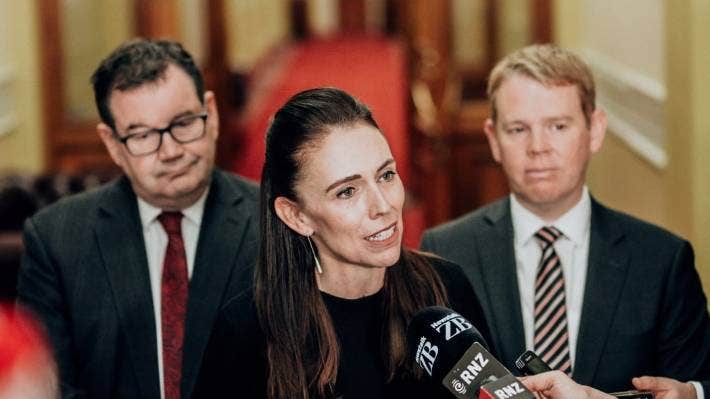 A company commissioned by the government has been monitoring social media comments about the Covid-19 response for almost two years, reporting back every four days.

The reports for just three months are more than 300 pages long.

In each of the ‘Social Listening Reports’ Annalect identified a key theme, like: “The detection of the Omicron variant in MIQ is causing concern,” “Some New Zealanders are frustrated and concerned about the long wait for Covid-19 test results,” and “Discussion about New Zealand’s borders and MIQ system has increased over the past three days due to several news articles about overseas Kiwis attempts to gain an MIQ space to return home”.

Those themes are then broken down further, with about 20 anonymised screenshots of people’s comments used in every report to give specific examples.

Each report also includes graphs and graphics, looking at key trends including the number of mentions the topic had and the overall sentiment.

For almost every topic in every report, it found New Zealanders were making more negative social media comments than positive ones.

The reports were provided to the Department of Prime Minister and Cabinet (DPMC), and released to RNZ with a statement from Covid-19 Response deputy chief executive Cheryl Barnes.

It had helped the Covid-19 group to be “agile and adapt communications to address the questions and concerns of New Zealanders,” she said.

“The analysis compiled by Annalect has also helped measure the success of the Unite Against Covid-19 communications and public information campaign.”

University of Auckland researcher Dr Andrew Chen said the reports seemed like “essentially an extension of polling or focus groups”.

In essence, the government was using publicly available data, to inform policy, he said.

“This is a market research exercise … and not necessarily a bad thing for the government to be finding out what people want,” he said.

However, he said people might be surprised to learn how their comments were being used – and there was potentially an “issue of intent”.

Chen said people might have written differently if they knew it was going directly to the government.

“Generally when you’re posting, you’re subconsciously thinking somewhat about who your audience might be,” he said.

“If people were more aware, and the government was more open that ‘we are analysing social media for trends’, then people might be more OKwith that, if they have that trust established,” he said.

He said it would also be important to know the reports were done in a safe way.

“These reports only present the results. We’d want to see that there’s good governance how this research is conducted … like a privacy impact assessment,” he said.

OIO Annalect advertises itself as a “global marketing solutions company”.

It has its headquarters in New York, but the DPMC said data the Annalect analysts used for their reports were people in New Zealand.

They were commissioned because the department did not have the capacity itself, Barnes said, and “it wouldn’t have been economic to build it in house”.

Chen said outsourcing the information was probably a “good thing” in terms of privacy, because it ensured the government did not have access to the original comments and the identities of the people that posted them.

Barnes said the reports had provided “valuable insights” into the effect of pandemic restrictions and people’s acceptance of them, and their willingness to carry out Covid-19 related health behaviours.

That has been important in ensuring the safety of communities and mentioning public trust, she said.

Barnes said the reports were first commissioned in April 2020, via OMD, the media buying agency for the Covid-19 Response.

It was unclear if it would continue.

“With it now approaching two years since DPMC originally commissioned the reports, we are reviewing the frequency and use of the reports and whether they’re still fit-for-purpose for this phase of the pandemic response,” Barnes said.