By Dr. Vernon Coleman – This article first appeared on http://www.vernoncoleman.com

Anything which provides a connection with the past or gives us reason to be proud of our heritage is being removed.

Statues are being taken down, books are being suppressed and discussion of the past silenced.

The University of Leicester recently announced that it would stop teaching Geoffrey Chaucer in favour of modules on race and sexuality. The English department was told that texts like The Canterbury Tales, Mort d’Arthur, Sir Gawain and the Green Knight and Beowulf would no longer be taught and that mediaeval literature would be banned. (Since you ask, copies of all those books are on my shelves and have been read an enjoyed by me.)

Viking myths and sagas, the role of the church and the state in literature – all gone. Nothing written before 1500 AD will be taught. Paradise Lost seems likely to disappear, though the University of Leicester did agree that teaching on William Shakespeare would remain in place. It seems that Shakespeare isn’t yet quite old enough to be banished.

Sri Lankan born Professor Nishan Canagarajah, the president and vice-chancellor at Leicester, who is apparently responsible for what seems to me to be outrageous vandalism, said that changing modules was part of a long-term strategy to compete on a global level. He didn’t specifically mention Agenda 21. 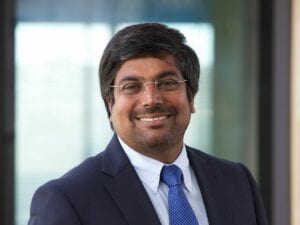 Old buildings are being closed or demolished and areas of outstanding natural beauty are destroyed. In the UK, the National Trust is just one of many treacherous organisations which seem determined to eradicate our history and our culture.

And so, for example, the National Trust has linked almost 100 of its properties to colonialism – including the homes of Winston Churchill and Rudyard Kipling (both Nobel Prize winners).

Members of the National Trust complain that the organisation is virtue signalling and jumping on the BLM bandwagon. Kipling’s home has been condemned because the British Empire was a central theme to his work (e.g. much of it was about India so that is apparently a bad thing).

And the Bath assembly rooms were named and shamed because the city was connected to wider colonial economies during the 18th century and the rooms are, presumably, considered in some way responsible. I despair.

Vernon Coleman’s book `Vernon Coleman’s English Heroes’ is available as an eBook and a paperback on Amazon (though it is unpopular in some quarters because Shakespeare, Churchill and Byron are listed among the 100 heroes).