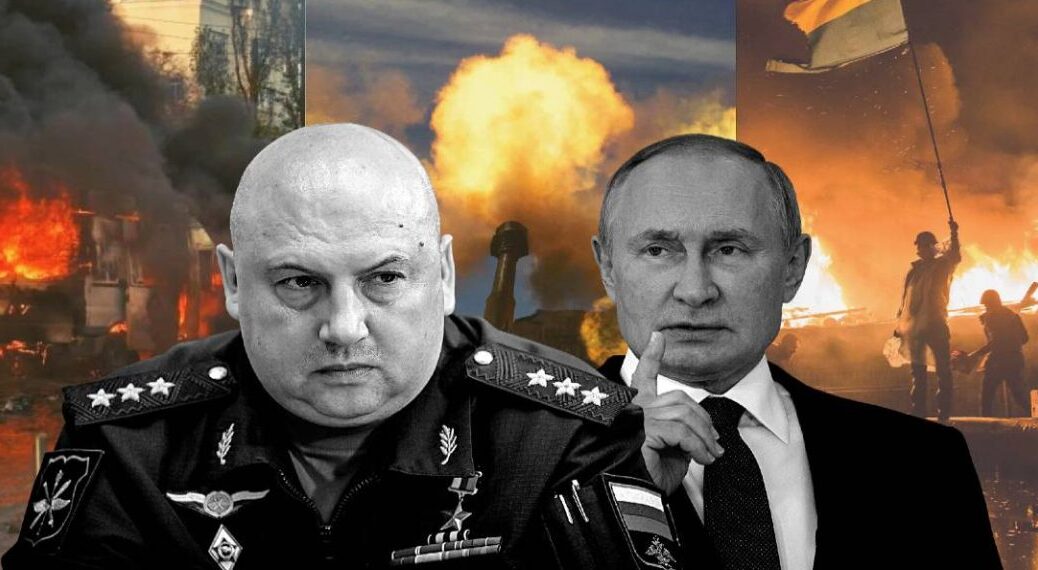 All the dramatic Surovikin-Soigu dialogue: 40,000 Russian soldiers are withdrawn from Kherson – The Kakhovka dam will be blown up!

The deputy head of the Russian administration in Kherson is dead 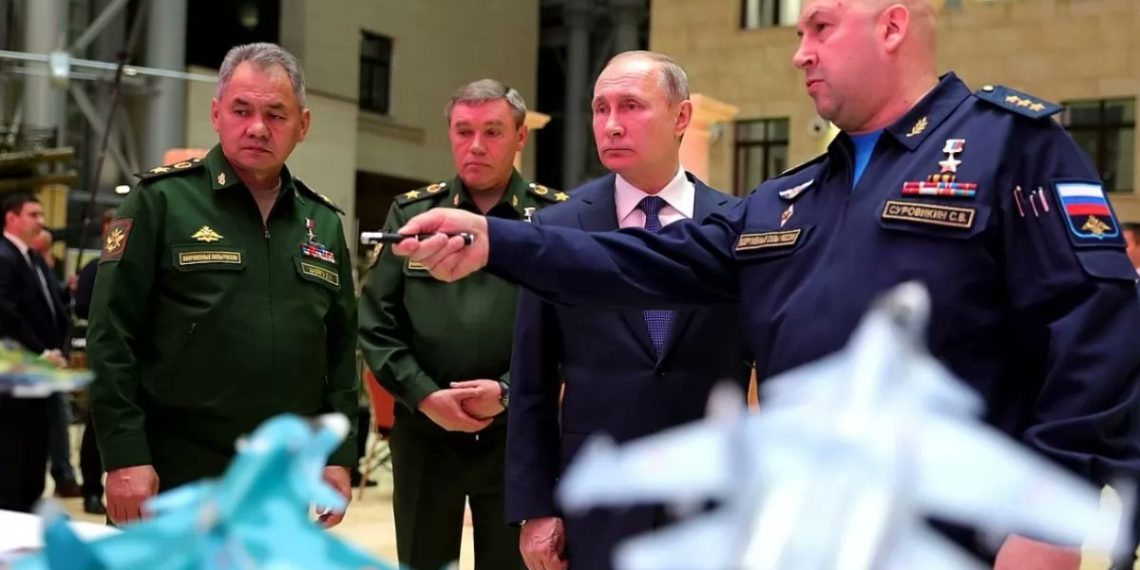 The dialogue between the Russian General and Commander of the Russian forces in Ukraine, Sergey Surovikin, with the Minister of Defense S. Shoigu, which was even broadcast by the Russian state television, is causing intense concern and fear.

Commander Surovikin reported to the Minister of Defense S.Soigou about the success of the operation on the right bank of the Dnieper River. Coming to the end of his speech he said “Mr. Minister, I propose to keep the line along the Dnieper River”, with Soigu immediately replying “I agree. Let’s do it”

Immediately after, the Russian Command ordered the complete withdrawal of the forces from the west bank of the Dnieper and their fortification east of the river.

The Russian scenario is too good to be true for Ukrainians. Most likely the Russians are either afraid of or planning to blow up the Kakhovka Dam. This was also emphasized by S.Surovikin in his message.

However, the announcement of the withdrawal of Russian troops came shortly after Russian media reported that the deputy governor of Kherson, Kirill Stremusov, had been killed in a car accident.

Surovikin: Let the defense be organized along the left bank of the Dnieper!

The Russian army will move its units to the left bank of the Dnieper, said General Sergei Surovikin, commander of the Russian forces, in a statement to Russian Defense Minister Sergei Shoigu.

“A comprehensive assessment of the current situation, it is proposed to take up defensive positions along the left bank of the Dnieper River. I understand that this is a very difficult decision ,” Surovikin said.

He said that if Kyiv proceeds with a further increase in the flow of water from the reservoirs or a more powerful missile attack on the Kakhovka dam, a water flow will form that will create huge flood zones and lead to significant losses of the civilian population.

“There will be an additional threat to the civilian population and the complete isolation of our troop group on the right bank of the Dnieper. Under these conditions, the most appropriate option is to organize the defense along the barrier line of the Dnieper River,” Surovikin said.

“We will save, most importantly, the lives of our soldiers and, in general, the combat ability of the troop group, which is futile to keep on the right bank in a limited area.

In addition, part of the forces and means will be released, which will be used for active operations, including attacking other directions in the zone of operation, ” the general said.

“Start with the withdrawal of troops and take all measures to ensure the safe transport of personnel, weapons and equipment through the Dnieper River ,” the minister said.

Surovikin also added that, despite the urgent call for the withdrawal of forces in Kherson, Russian troops successfully resisted enemy offensive attempts along the entire line of contact.

Ukrainian officials have previously said that Russia is targeting the dam itself in order to provoke an attack and blame Ukraine.

More than 115,000 people have been evacuated from the Kherson region so far, according to RIA.

It is estimated that around 40,000 Russian troops will have to move to the left bank of the Dnieper.

S.Surovikin clarified that “the maneuver of the troops will take place in the near future, formations and units will occupy defensive lines and positions on the left bank of the Dnieper River”.

“Khersona and the adjacent settlements cannot be fully supplied and function, people’s lives are constantly in danger ,” Surovikin said.

He stressed that the Armed Forces of Ukraine continue to shell the Kakhovka dam – this may cause flooding, which will cause significant losses.

Surovikin also added that along the entire line of contact, Russian troops are successfully resisting enemy offensive attempts. In Kherson alone, the losses of the Armed Forces of Ukraine from August to October amounted to:

—more than 9.5 thousand dead and wounded.
—more than 200 destroyed tanks.
—500 armored vehicles.
—about 600 vehicles for various purposes.
—more than 50 guns and mortars.

The losses of the Russian troops are seven to eight times less than those of the Ukrainians.

Kherson: The deputy head of the Russian administration is dead

At the same time, Kirill Stremusov, the deputy head of the Russian administration in Kherson, was killed today after a traffic accident, as announced by the Russian authorities.

Russian state media initially reported that Stremusov had died, but local officials said he was alive and medics were working at the crash site. Shortly after, the head of the Kherson administration, Vladimir Saldo, appeared to confirm that Stremusov had been killed, writing on Telegram:

“I am very sorry to say that Kirill Stremusov is dead.”

Later in a taped message he said:

“It is very difficult for me to say but Stremusov was killed this morning. He was killed in a car accident in Kherson”.

Pro-Russian channels on Telegram report that the accident took place near the town of Henichek in the Kherson region.

Many doubt that Stremusov was killed in a car accident, as there have been a series of assassinations and attempted assassinations of Russian-appointed officials in Kherson and other regions.

After Russian forces captured Kherson at the start of the invasion, Stremusov became one of Moscow’s leading representatives in the region. He was the first official to announce Moscow’s plans to annex Ukrainian territories in recent months.

A general offensive of the Ukrainians has begun in Kherson – They are entering the city – Rage in Russia: Black page in the History of the Russian Army!

Anger is overflowing in Russia over the “ceremony of handing over” Kherson to the Ukrainians with the Ukrainian Army launching a general counter-offensive and recapturing settlements.

Russian Officials are “massaging” the people trying to justify this black page in the History of the Russian Army.

Several settlements in northern and northeastern Kherson have already been recaptured. Ukrainian troops entered Kalinivsky, Kherson without encountering resistance. Ukrainians recaptured Snihurivka and Pravdyne districts. Now they are 25 km from the city.

At Dariefka in Kherson, the Russian troops abandoned their positions and left with all their equipment.

Regardless of the Russian plan, this is a major incident of strategic retreat by Moscow’s forces.

Although the front had been stabilized, it seems that the Russian leadership had long ago decided to evacuate Kherson, as WarNews247 had revealed a month ago.

In fact, Surovikin himself spoke of 9,500 dead Ukrainians in Kherson alone. And immediately after that he talked about the withdrawal of the Russian forces. Something doesn’t fit.

The show staged on Russian television with the Shoigu-Surovikin dialogue is unprecedented.

Russian sources emphasize that ” Khersona will be surrendered and the decision was not made yesterday or the day before yesterday. Now the main task is to understand the motivation and the benefits of this move. It’s still not clear.”

S.Surovikin: In the current conditions, the best option is to organize the defense along the Dnieper River.

Having assessed the current situation, I propose to defend along the left bank of the Dnieper.

I understand that this is a very difficult decision but at the same time we will preserve something very important, the lives of our soldiers, and in general, the combat ability of our troop group which is futile to keep on the right bank in a limited area with no prospects.

We will release additional means and equipment to be used for offensive operations in other directions.

S.Soigou answers: I agree with your conclusions and proposals. The life and health of Russian soldiers is always a priority.

We must consider the risk to the civilian population. It ensured the safe exit of all citizens wishing to leave.

Surovikin: The maneuver of forces will take place in the near future. Units and Formations will take defensive positions prepared by the engineer on the left bank of the Dnieper.

The report is over.

Volodymyr Zelensky signed a decree on the creation of four military administrations in the Kherson region.

The Russians blow up the bridges

Shortly before the general offensive of the Ukrainian army in the directions of Kherson and Berislav, three bridges were blown up on the territory of Kherson, which, in essence, cut off the city from the rest of the region.

All bridges and crossings have been severely damaged and cannot be used to transport vehicles over them.

The purpose is for the Russians to gain significant time for a coordinated withdrawal of forces and means.

However, apart from the bridges blown up by the Russian army, all Russian symbols, such as flags, have also “disappeared” from central points in Kherson. 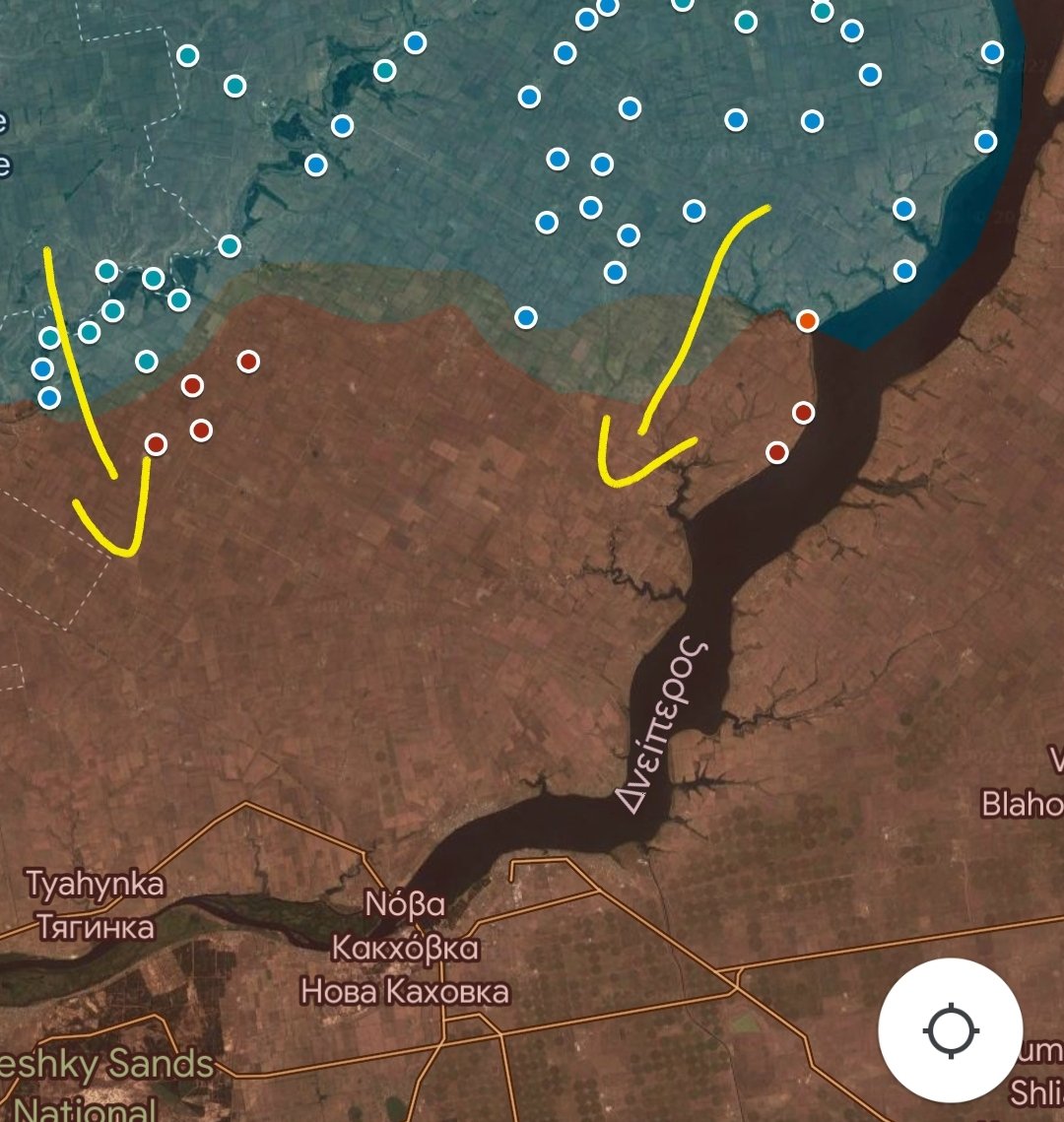 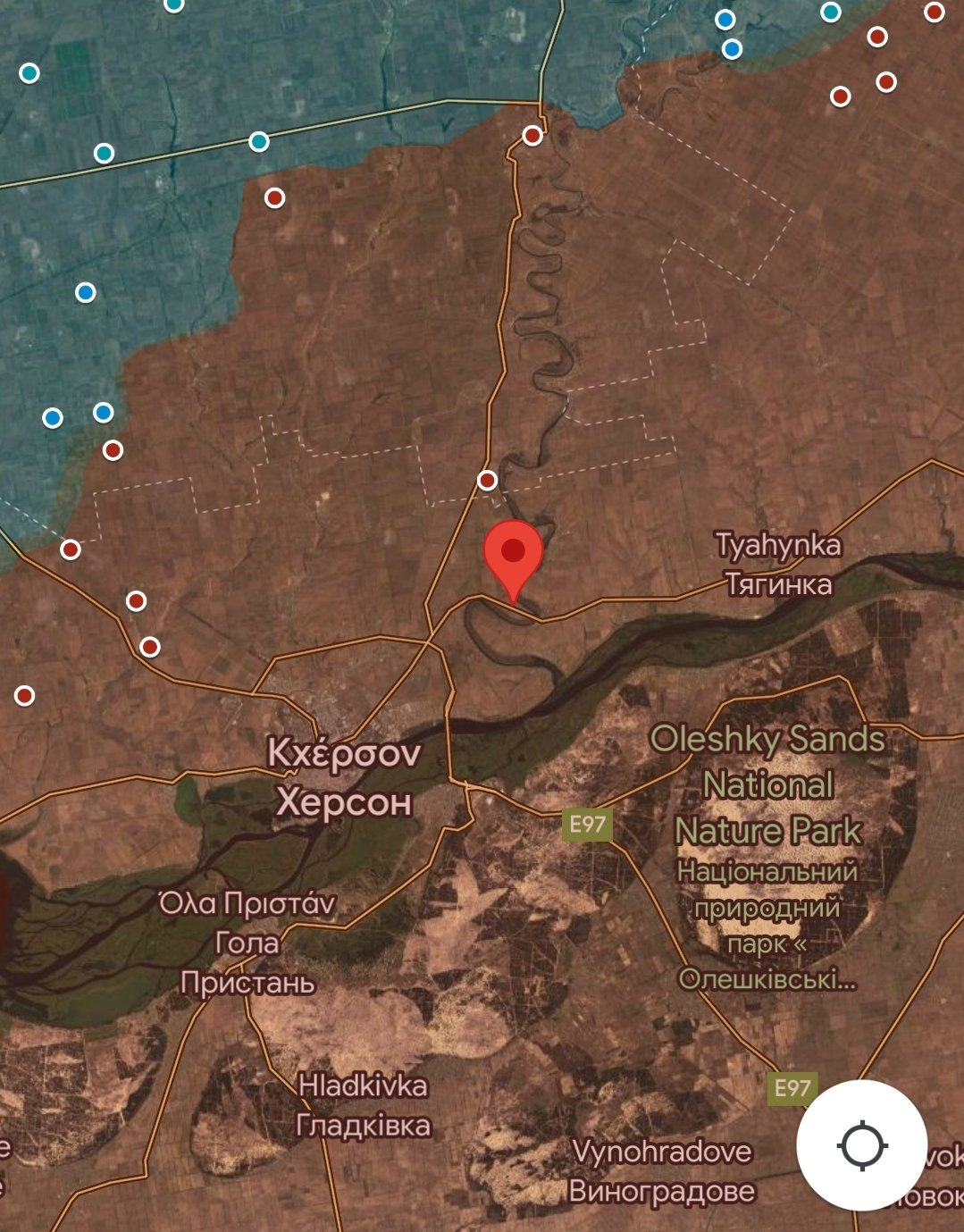 Maps: The bridges that are destroyed 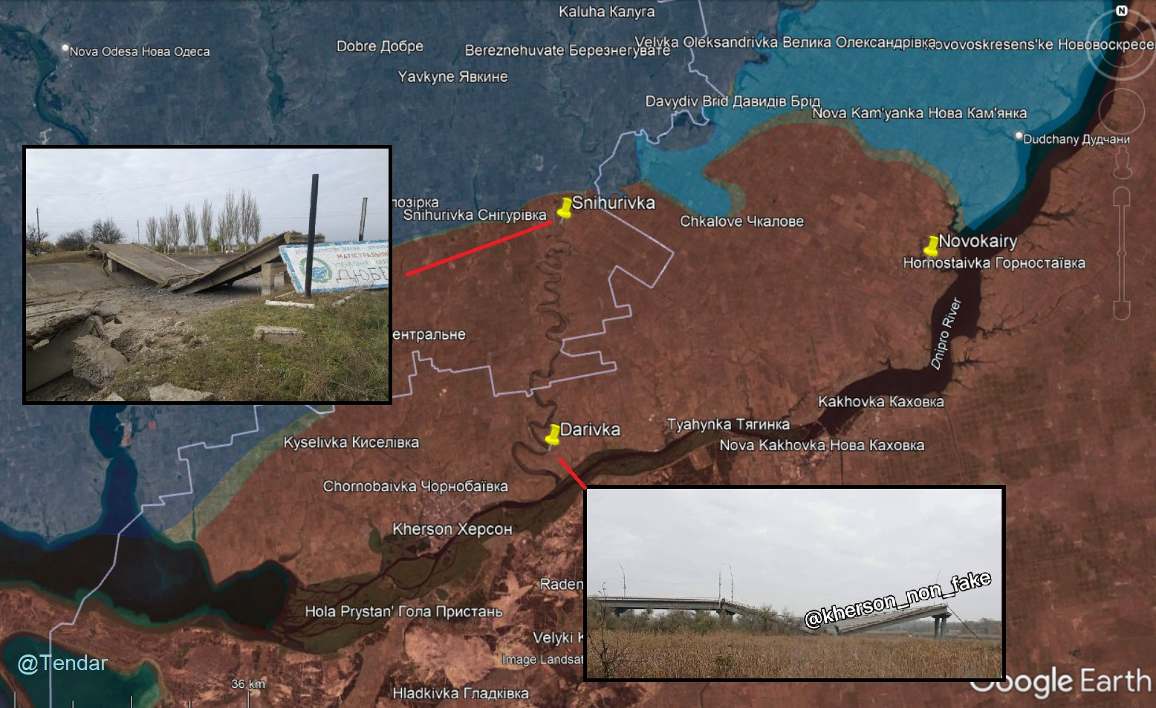 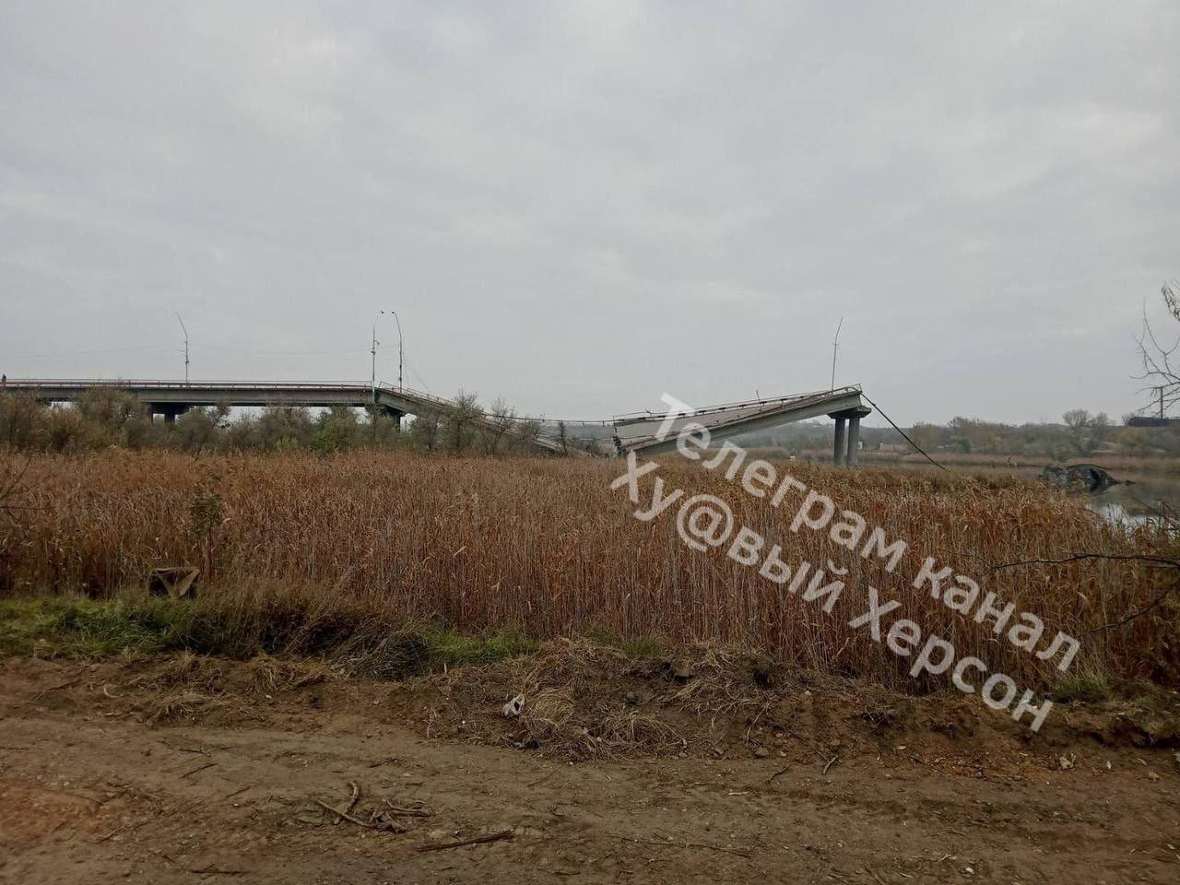