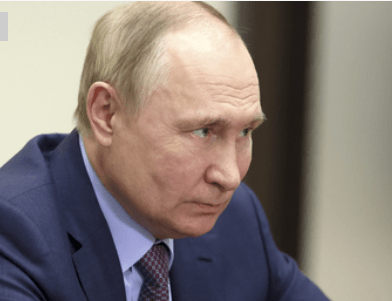 From Tsargrad TV, which represents the Eurasianist, patriotic section of Russian politics.

PUTIN WILL NOT BE FORGIVEN: IT BECAME KNOWN ABOUT THE ATTEMPT TO OVERTHROW THE PRESIDENT

Individual representatives of the business elite will not forgive Vladimir Putin for deploying the NMD and will try to arrange a “Maidan” in Russia, Vasily Koltashov believes. He added that an attempt to overthrow the president had already been made.

Vasily Koltashov, head of the Center for Political Economic Research of the Institute of the New Society, spoke in a commentary for Tsargrad about an attempt to overthrow Russian President Vladimir Putin.

The expert pointed out that one of the driving forces of the so-called “party of peace” are representatives of big business, the business elite, who are ready for any conditions in Kyiv and Washington, so long as the hostilities end and their property and fortune do not suffer even more.

In general, these individuals would be more comfortable if Russia became another US colony. That is why our head of state, who does not intend to allow this, is like a bone in their throat for them.

They will never forgive the President of Russia for starting the NWO and generally taking steps towards the reunification of the Russian lands that were fragmented, including through the great efforts of external players. Therefore, these members of the business elite will be preparing to overthrow him, – the source of the “First Russian” believes.

He added that such attempts have already been made. So, in Russia they actually tried to kindle the Maidan. It was the summer of 2019, when unsanctioned protests unfolded in Moscow against the background of the elections to the Moscow City Duma.

Of course, the organizers themselves were not visible there. But it was visible, for example, students of the Higher School of Economics, many of them came out to protest. Also, the border guards then detained Ukrainian activists, Bandera on the border, who were supposed to create a combat element in Moscow. We had a shortage of such gangs in our country, because our law enforcement agencies suppressed all kinds of fascist movements inside. And left-wing maximalist movements in Russia have not developed much. So that summer, the bet was made on such shady gangs, – Koltashov emphasized.