There are lots of strange things happening to coincide with the declaration of de facto martial law in New Zealand.

The following is a rumour – but that does not mean it is false.

I am suspicious that there might be a gap between the rhetoric of PM Adern and her government on one hand, and the actions of the police, on the other. 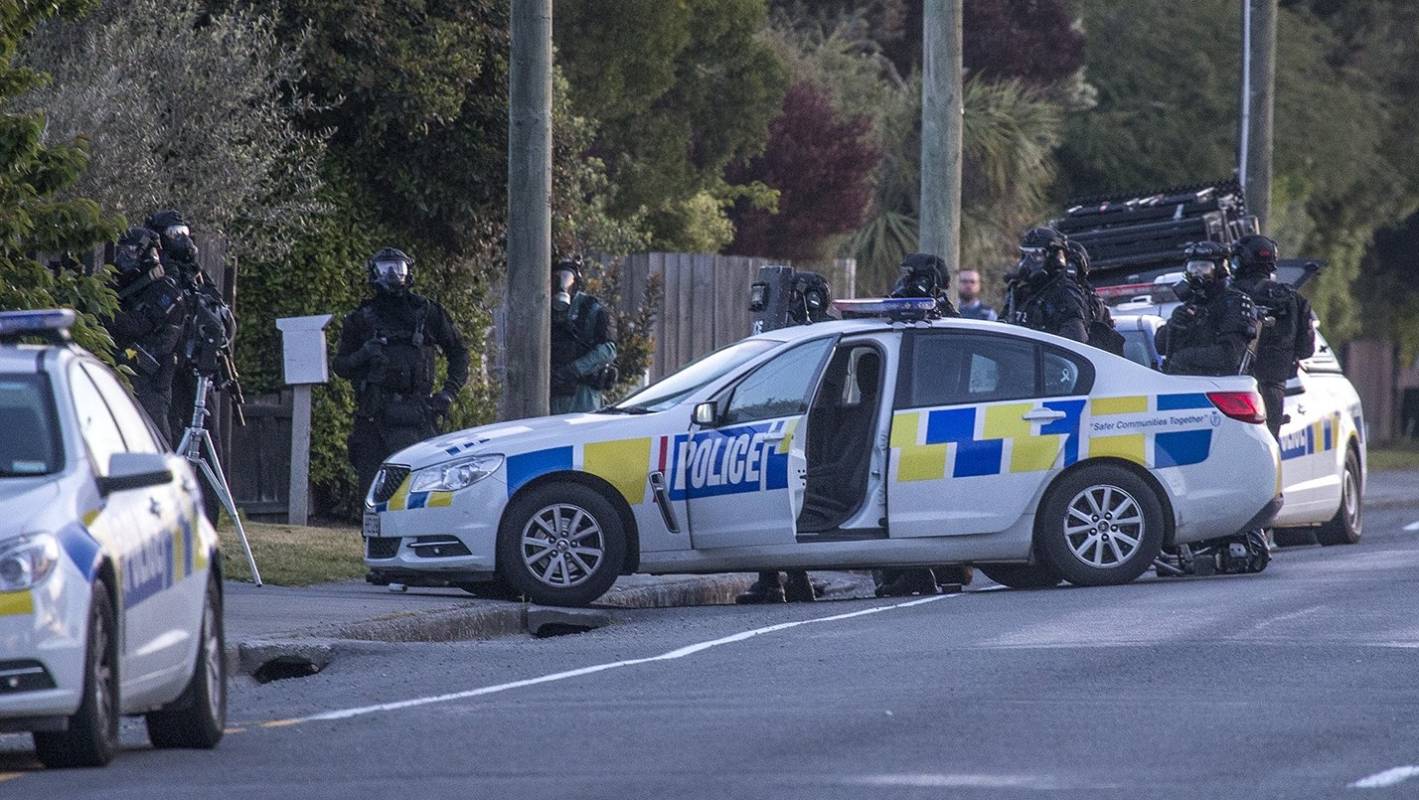 Police
officers now have the power to enter homes to enforce self-isolation
rules.

New
Zealand entered a four-week lockdown to break the transmission of
coronavirus on Thursday. Overnight, police officers have pulled over
people who were breaking the self-isolation order — apparently
unaware it was in place.

Police
Commissioner Mike Bush, in a series of radio and TV interviews on
Thursday morning, reiterated people will initially see the “friendly
face” of police during the lockdown.

​“But
we’ll be ensuring people will comply because if they don’t, people
will die,” Bush said on RNZ.

He
said police already had to educate people on the self-isolation order
overnight, and would continue this informative approach unless people
intentionally flout the rules.

Police
officers would first issue a warning, then arrest people if needed.
Bush said police would only prosecute serious offenders, but those
arrested will be “having a little trip to our place” —
meaning they will be detained.

“The
public want that, they want people to comply because they’re really
worried.”

He
said it would “pay” for people to carry workplace identity
cards, or letters from employers, to prove they were an essential
worker.

A
nationwide state of emergency was declared on Wednesday, giving
police wide ranging powers. Under the Civil Defence Emergency
Management Act, police can enter any premises under the belief it
would save lives or prevent injury.

“If
we suspect there are gatherings inside places, we’re enabled to go in
there. We’ll do everything we can to make sure people comply,”
Bush said.

He
said police would be monitoring activity around the country, and
would “deploy” to areas that showed increased activity.
There were several hundred soldiers ready to assist police with foot
patrols, if required.

While
roadblocks were not in place and were not planned, Bush said such a
measure could be used if there were areas in which many people did
not comply. People could expect to be pulled over and questioned,
however.

Bush
said there “could be” an increase in dishonesty crime, like
theft, and there would definitely be an increase in domestic violence
— “we’ll be deploying into that with urgency”.

An editorial in one of NZ;s daily newspapers

EDITORIAL:
The real surprise, when a crisis comes, is how many people in
democratic countries are willing to give up their freedoms for the
greater good.

Parliament
has been suspended and New Zealand has moved into lockdown to
minimise the effect of Covid-19 on the population. The overwhelming
majority of New Zealanders tolerate such measures, or even welcome
them, because the overseas experience has presented us with two
options.

And then there was THIS.

It blows a hypothesisis of mine out of the water, that the economic downturn might presage a reduction in geoengineering activities above our skies.

OVER
EAST CAPE & BOP AN

AREA THAT IS EXCLUDING

Yesterday
(25/3/20) on social media there were many reports of aerosol trails
over NZ left by large aircraft. I always notice these & post
periodically on what I observe myself. I have done for many years.
This spraying is known as geoengineering aka
weather modification.

Historically, analyses of these trails has
revealed curious contents. Here is one for example from California
Sky Watch:

Independent
analysis of chemtrail fallout has identified many toxic chemicals
including;

We
do not know what of course is in every trail but suffice to say what
is in the analysed ones is enough to illustrate that this phenomenon
is not normal & definitely not conducive to your health.
Especially not if you breathe them and you surely will if you live on
the planet & draw breath because these are observed everywhere
now.

The
first map below sent to me on 25 March, the evening of the national
lock down due to the Corona Virus, concerns aerial spraying right
over the East Cape & the Bay of Plenty. A strange flight path
you’d have to agree. The plane is not on a direct course from A to
B so to speak. The route is very circuitous.

This area, a
significant tourist attraction, recently declared concerning
their own
self isolation from the Corona Virus, the
banning of all non locals, policed by their own checkpoints, to allow
greater protection from the virus. An astute move I would have to
say. The Guardian reports:

“The
East Cape of New Zealand’s North Island is a remote and
picture-postcard idyll – boasting a historic lighthouse, wild
beaches and mist-cloaked mountains. But as the country prepares to
lockdown for four weeks of national self-isolation to fight the
spread of Covid-19, indigenous groups in the region say the measures
will not go far enough to keep them safe and plan checkpoints on
highways into their towns to turn away anyone who doesn’t live or
work there” theguardian.com

This
area is also the same one I recently featured in an article, citing
the the Dept of Conservation’s partnership with the iwi there to
save their forest from pests (Ngāti
Porou, Te Whānau-ā-Apanui, Te Ehutu, Ngāi Tai, Whakatōhea and Te
Aitanga-ā-Mahaki)

DoC  spreads the deadly Class 1A Ecotoxin 1080 poison aerially
to eradicate pests in areas they deem inaccessible by trappers.

RELATED: IN
2013 DOC’S HELICOPTER TOURS AND CATERED LUNCHES FAILED TO QUELL
MĀORI OPPOSITION TO AERIAL 1080 SO THEY DROPPED IT ANYWAY … WILL
THIS HAPPEN TO IWI THAT PROTECT THE RAUKUMARA RESERVE?

Now
I have no idea if this is all related or sheer coincidence that an
Air NZ plane should be flying in such a curious route over this
particular area, however it is worth noting for the record. Please
draw your own conclusions. It is worth knowing if you live in the
area because in light of the  path and the trail the plane left,
were I living there I would be staying indoors and would not be
breathing any of that potentially toxic air.

Below
here is a screen shot capturing the details of the aircraft, an Air
NZ flight apparently:

And below here is a map of the flight path:

And here are two captures of it in flight:

If
you made similar observations please do send the details, images,
flight track videos &/or screen shots. It would be good to
compile them all. Contact me at the contact page & I can reply
with how to send them to me.

Note:
I have in the past contacted the authorities via an OIA request about
these trails in our skies however I’ve been assured they are not
the result of geoengineering. This is an about turn from previous
questions by people to MOP Nick Smith who can be seen on a well known
documentary scoffing at what he called ‘conspiracy theorists’ who
were citing the same phenomenon. Here is Amy Adams’ response in
2014: