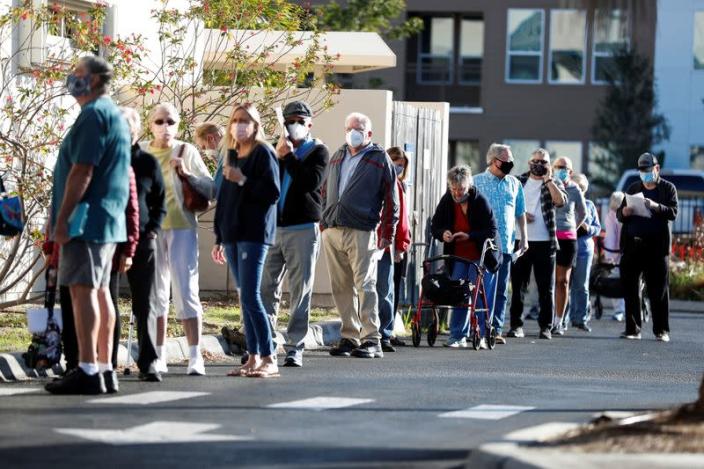 This is one of the most insightful pieces I have read and reflects my own thinking although I could never express it as well.

I should know: I was formerly the Lead Psychologist at Cambridge Analytica. Yet the application of behavioural science is getting so concerning that even I have a problem with it.

For the uninitiated, nudging is the idea of using psychological principles to give people a gentle bump in the right direction, rather than forcing compliance. For example, we tend to stick with the status quo, since it is easy, and this is why the government has had so much success with auto-enrolment for pensions and organ donation.

The team is informally known as the Nudge Unit – and in fact, calling this practice “nudging” is itself a nudge. Framing is where something is made more attractive by focusing on the positives rather than the negatives – for example, sales are higher for beef labelled “80% lean” than “20% fat” – and people are more open to being nudged than they are to being subconsciously manipulated

Similarly, while the team views its work as “libertarian paternalism” – as if it were kindly old Santa Claus himself, chiding us to be good boys and girls with lumps of coal – the reality seems to be the inverse: authoritarian maternalism, which has hitherto been known as the Nanny State and recently reinvented as a sort of Hugbox Bolshevism. This is the ideology that tells you to be #bekind and #staysafe – or else! It is the ideology that will put an entire nation under crippling house arrest for its own good; it has turned the world into a safe space, by threat of force.

In this way, the establishment has become Jung’s devouring mother archetype, infantilising the populace so that we will be forever dependent. Boris Johnson is Agnes Skinner, Norma Bates, and Dee Dee Blanchard. The average citizen, meanwhile, has become the smothered child, who, said Jung, “hopes to be caught, sucked in, enveloped, and devoured. He seeks, as it were, the protecting, nourishing, charmed circle of the mother, the condition of the infant released from every care”.

Indeed, in Inside the Nudge Unit, chief executive David Halpern justifies its uninvited measures thus: “We don’t ask our children if they would like to read and write, we just get on and teach them.”

In its view of citizens as children, the government’s coronavirus messaging has been reduced to as few characters as possible – Hands. Face. Space. – with accompanying kid-friendly icons lest the monosyllabic words get too confusing. Johnson, meanwhile, feels the grating need to put everything into visual metaphors and catchy ad-land slogans, from “squeezing the disease” to “wrestling an invisible mugger”. If his announcements were printed, one suspects they would be a scratch-n-sniff pop-up book.

In fairness, this reflects a well-recognised decline in comprehension skills among the public. In Amusing Ourselves to Death, Neil Postman reflects on how the first Lincoln-Douglas presidential debate in 1858 began with a three-hour opening statement from Douglas. Such intellectual complexity would not fare well today: our adults watch Rick & Morty, read Harry Potter, and idolise Marvel superheroes. In its 2020 Christmas trends, the Associated Press dedicated a section to toys for adults, including grown-up colouring books, grass-scented Play-Doh, and Andy Warhol-themed Lego. The latter’s website sums it up: “Choose your favourite colour combination, plug in your headphones to listen to the unique soundtrack and forget about the rest of the world for a little (or a long) while”.

Yes, citizen: regress into eternal childhood and let Mummy Government take care of everything. Thinking bad, fun good. In this Faustian bargain, the state promises complete safety and comfort, and all it will cost is your soul.

It is hard not to suspect this is by design, considering where nudges are not applied. Barely two months into Boris Johnson’s premiership, the government dropped its plans to require credit card details to view pornography. It was argued that the intervention would be ineffective since people could easily circumvent it. Following this logic, there would be no point introducing pension auto-enrolment, since people could easily opt-out (a fallacy). Bearing in mind there is not one single benefit to pornography, and yet many well-established psychological harms (not to mention the grotesque exploitation of vulnerable people), why has the state done nothing to nudge people away from it?

The government’s behavioural scientists think they are doing the right thing. Righteousness was also the conviction of those applying disastrous nudges in the past

Consider, for example, the IMF recently arguing that your browsing history should be used to determine your credit score; or a University of Sheffield study finding that Tweets can be used to predict someone’s likelihood of sharing so-called misinformation. Most people will not complain because the algorithm will know the exact combination of Amazon products, Deliveroo burgers, and Netflix shows to keep their dopamine receptors firing in just the right way.

The trend is towards massive state overreach on the scale of planned economies attempted throughout modern history – but this time powered by Amazon’s predictive analytics and the Ministry of Choice’s behavioural science.

The behavioural science community so far seems blasé. In November 2020, the Nudge Unit advocated that those who test negative for Covid-19 be given wristbands allowing them to move freely. In a New York Times article, Nobel-prize winning co-author of Nudge, Richard Thaler, advocated for a “health passport” that “could reliably be used to gain admission to airplane flights, restaurants, bars, concerts, schools and college campuses”. This authoritarian approach is nothing new: Thaler’s Nudge co-author, Cass Sunstein, argued in 2008 that nudges should be used against people believing so-called conspiracy theories.

The behavioural architects have anointed themselves the grand poohbahs of reason: in their view, the public is irrational and in need of nudging, and only the unfailingly rational Ministry of Choice is fit to decide how. As Inside the Nudge Unit boasts, they are “pushing us in the right direction”. But who gets to decide what is right? One of the key principles of behavioural science is that we can all be vulnerable to irrational thinking. One experiment, for example, found that doctors – who are, by most accounts, intelligent, educated, and experienced – are 19 percent more likely to prescribe medication when there is only option, rather than a choice between multiple (which becomes effortful).

The government’s behavioural scientists think they are doing the right thing. Righteousness was also the conviction of those applying disastrous nudges in the past. The British Raj, for example, offered a bounty for every dead cobra turned in in Delhi. The intervention seemed to work in reducing the cobra population, so the scheme was ended. In fact, the locals had been deliberately breeding cobras to get the cash and, when the payments stopped, the farmed snakes were set free.

This is the crux: are the British people emotional, impulsive lab rats to be coaxed with pieces of cheese and electric shocks – or do they have dignity, souls, and individual sovereignty? One of the early architects of nudging as we know it today was John B. Watson. Watson popularised the school of behaviourism, arguing that human behaviour was simply the sum of learned associations and environmental responses; that it could be reduced to discrete bits of behaviour (‘nudge units’, if you will). The discipline, he wrote, “recognizes no dividing line between man and brute”. Believing as he did that behaviour was nothing more than the sum of uncontrollable responses to external stimuli, at the age of 42 he had an affair with his 22-year-old student. He used a behaviourist approach to raise the resulting children; both attempted suicide, and one succeeded.

Are the British people emotional, impulsive lab rats to be coaxed with pieces of cheese and electric shocks – or do they have dignity, souls, and individual sovereignty?

Psychologists have – to put it mildly – a patchy history of ethics, from Harry Harlow subjecting monkeys to an experimental “pit of despair” to John Money foisting sex change surgery on a child to test his social gender theory. More recently, of course, questions have been raised about the use of personality-based targeted messaging. Yet these pale in comparison to what will be possible in the future when, as the WEF’s Klaus Schwab postulates, the state will be able to “retrieve memories directly from people’s brains” for the purposes of law enforcement; and already, research has shown that transcranial magnetic stimulation can reduce right-wing political beliefs.

With urgency, behavioural scientists must be held to account.

I once had the privilege of working with what would become the Behavioural Insights Team on a proof-of-concept study. In due course, I received a copy of Nudge signed by its now Nobel Prize-winning author, Richard Thaler. During the chaos of coronavirus, Thaler has advocated for “freedom passports”; but back when he signed my book, his message was different: