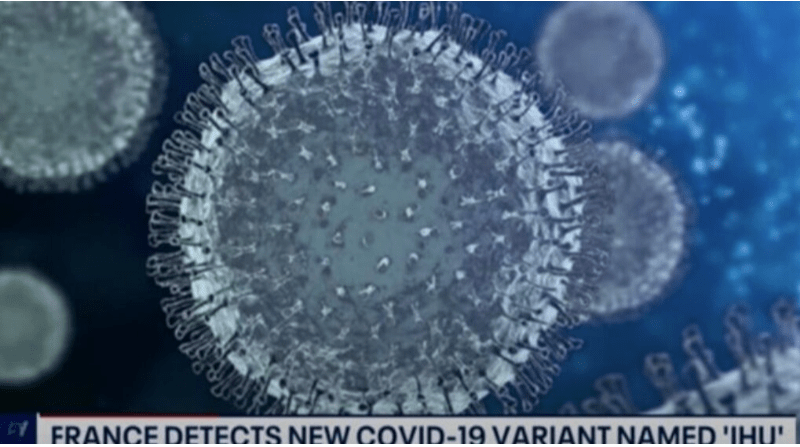 According to French scientists from IHU Méditerranée Infection, who published their pre-print research ahead of peer review, the new strain has now been identified in 12 people who may have had contact with the person. The person infected with this latest variant lives in a small town in southeastern France.

The new strain, dubbed “variant IHU” or B.1.640.2, was first detected in the nation last month but is now making international headlines after catching the attention of global experts.

The case was detected during mid-November after the unidentified person was in Cameroon for three days.

The new variant shows a number of genetic changes, some but not all of them consistent with previously known strains of the virus. It’s been named the “IHU” after the institution where the scientists are affiliated.

“These observations show once again the unpredictability of the emergence of new SARS-CoV-2 variants and their introduction from abroad, and they exemplify the difficulty to control such introduction and subsequent spread,” the authors said.

The IHU scientists caution that it’s too soon to know how the variant will behave, in terms of the severity of symptoms or how easily it can be spread to others. However, the US epidemiologist and health economist Eric Feigl-Ding, raised the alarm over the new variant.

The Harvard-trained doctor took to Twitter on Tuesday to spread the word about the variant of “atypical combination”.

In a series of tweets, he stressed that new variants are constantly being detected, but it doesn’t necessarily mean they will be more dangerous. “What makes a variant more well-known and dangerous is its ability to multiply because of the number of mutations it has in relation to the original virus,” he posted.

“This is when it becomes a ‘variant of concern’ – like Omicron, which is more contagious and more past immunity evasive. It remains to be seen in which category this new variant will fall.” But he pointed out one data point which he said was “worrying” – the fact that ICU rates are far higher in the region of France where the variant cluster is located, compared with the rest of the country.

The variant was discovered by researchers from the Méditerranée Infection University Hospital Institute (IHU), but is not yet under investigation by the World Health Organisation (WHO).

Variant IHU, which is believed to be linked with travel to the African nation of Cameroon, has 46 mutations which experts fear could mean it is more resistant to existing vaccines. However, on a more positive note, the new strain does not appear to be spreading rapidly.

According to Imperial College London virologist Dr Tom Peacock, who was among the first to sound the alarm over the Omicron variant last year, the newly discovered variant “actually predates Omicron”. 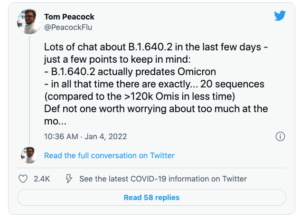 He also explained that in the time since it was first detected, only 20 sequences had been found, while Omicron had around 120 in a shorter time span.

The original virus that emerged in Wuhan, China, has led to a number of “variants of concern,” including the Delta and Omicron variants.

As of January 1, nearly 10 million COVID cases have been reported on the African continent, according to the Africa Centres for Disease Control and Prevention. The death toll has reached 228,856.

Then there is this.Make of it what you will.

Omicron? I think there is a whiff of the vaccines here 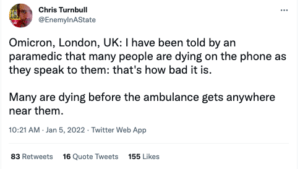