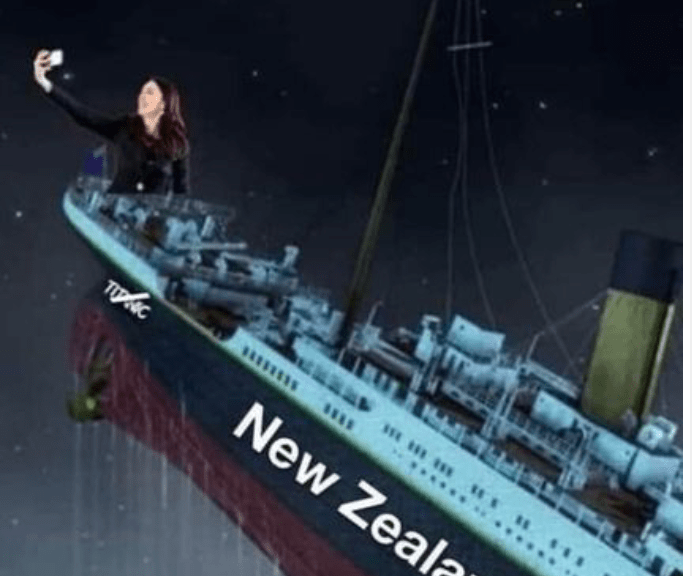 Gonzalo Lira said Australia could be the next Ukraine. I am asking if New Zealand could be the next Sri Lanka (if we are no longer under the protection of our “friends and allies”.
“So far the government has spent on the order of 100 billion dollars on the pandemic in addition to normal expenditure. To put this in stark perspective, that is equal to the total annual government budget prior to the pandemic—more than $20,000 for every man, woman, and child This is borrowed money which will have to be repaid through increased taxation of an already struggling population. “
–Guy Hatchard
The whole question of New Zealand’s debt levels has come up because it is budget time. ACT NZ is highlighting it while the Left is in complete denial.
Going back to the John Key government I was a member of a Facebook group, John Key Has Let New Zealand Down where the debt levels were roundly criticised.
When Labour started spending as if there was no tomorrow there was not only silence, but the borrowing was hailed as “necessary”.
Now we have this nonsense. 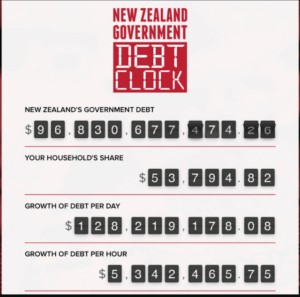 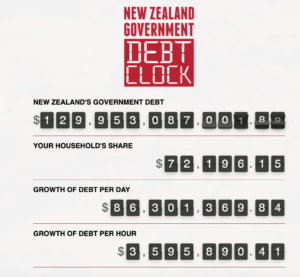 Another source has it at $157 billion 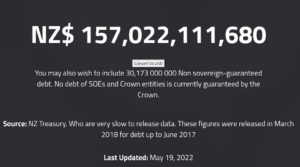 The Gross Domestic Product (GDP) in New Zealand was worth 210.89 billion US dollars in 2020, according to official data from the World Bank.

Converted to $US New Zealand’s debt translates to $81 billion

A quick back-of-envelope calculation has told me that the US debt level is 279 times that of NZ and yet its population is 687 times greater.

I am unable to say the extent to which this includes quantitative easing (the printing of money) is included in these national debt figures.

Similarly, I don’t think it includes private debt which has always been at a very high level.

It stopped the following year.

I also don’t understand why this news comes from OVERSEAS sources, not New Zealand.

Added to that the Reserve Bank as of this year only had statistics going up to 2018.

I am not an economist (so can’t explain all this away) but the situation seems dire to me.

“Labour, helped by New Zealand First and the Greens, has borrowed $140 billion. That’s $28,000 for each and every New Zealander. It’s the average credit card debt five times over.

“Every other political party is in a race to spend more money. But every extra dollar government spends right now will have to be taxed later.

I just call it a predicament