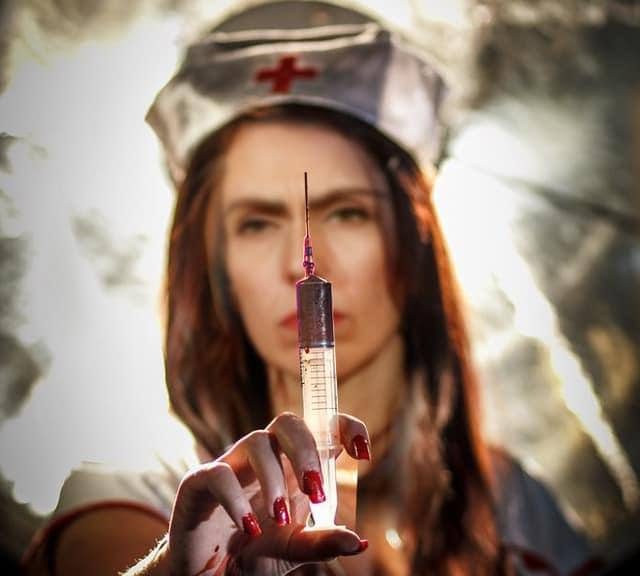 The possibility of the Delta variant of Covid-19 spreading in NZ is concerning, because it is 50 to 100 percent more infectious, says University of Otago evolutionary virologist Jemma Geoghegan.

Health officials are working under the assumption that a Sydney man with Covid-19 who visited Wellington last weekend has the Delta variant.

“The recent report from Public Health England … really underscores the Delta variant’s adaptability to be able to spread more than even the Alpha variant, which was highly contagious and first noticed at the end of last year,” Geoghegan said.

“We’re getting estimates of between 50 to 100 percent more transmission even compared to the Alpha variant – which is pretty concerning.”

New public health measures might be needed to combat the more contagious strain, she said.

What we know so far:

Ultimately everything can be traced back to this- another chimera.

Hate speech will become a criminal offence and anyone convicted could face harsher punishment, under proposed legislative changes.

The government has this morning released for public consultation its long-awaited plan for the laws governing hate speech.

The plan is part of the government’s work to strengthen social cohesion, in response to the Royal Commission of inquiry into the Christchurch terror attack.

“Building social cohesion, inclusion and valuing diversity can also be a powerful means of countering the actions of those who seek to spread or entrench discrimination and hatred.” 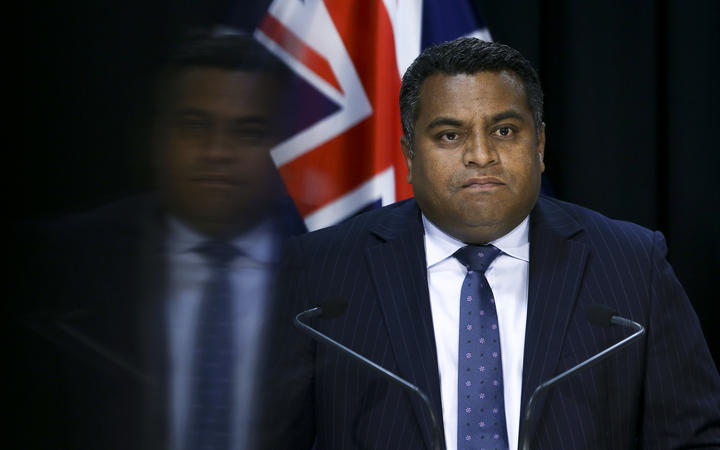 Kris Faafoi says the challenge is to protect people from hate speech while also safeguarding the right to free speech. Photo: 2020 Getty Images

The government is considering creating a new, clearer hate speech offence in the Crimes Act, removing it from the Human Rights Act.

That would mean anyone who “intentionally stirs up, maintains or normalises hatred against a protected group” by being “threatening, abusive or insulting, including by inciting violence” would break the law.

The groups protected from hate speech could also grow – the government is considering changing the language and widening the incitement provisions in the Human Rights Act.

It has not yet decided which groups will be added. That is expected to happen following public consultation.

It is currently only an offence to use speech that will “excite hostility” or “bring into contempt” a person or group on the grounds of their colour, race or ethnicity. Gender identity, sexual orientation, religion or disability aren’t protected grounds.

The government is proposing several changes to the civil provision of the Human Rights Act, including making it illegal to incite others to discriminate against a protected group.

It also wants to amend the Human Rights Act to ensure trans, gender-diverse and intersex people are protected from discrimination.

The proposed changes were recommended by the Royal Commission of Inquiry into the Christchurch terror attack, which found hate crime and hate speech are not adequately dealt with.

“The current laws do not appropriately recognise the culpability of hate-motivated offending, nor do they provide a workable mechanism to deal with hate speech.”

The Ministry of Social Development will simultaneously consult with the public about what can be done to make New Zealand more socially cohesive.

Associate Minister for Social Development and Employment Priyanca Radhakrishnan, who is leading the social cohesion programme, told a media conference this morning government wanted to build from existing Māori-Crown values. 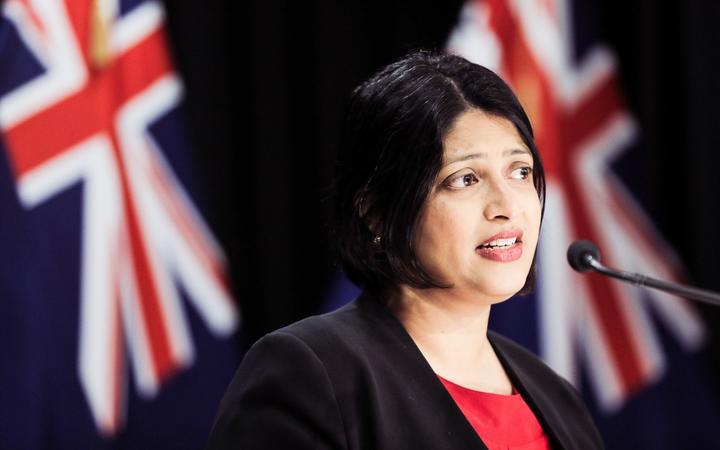 “We are not starting from scratch,” she said. “We are generally regarded as a country with a high level of social cohesion and we’ve seen that as our team of 5 million has largely come together to rally around both in the aftermath of March 15 and also during the Covid-19 lockdown.”

However, she said there were underlying vulnerabilities that New Zealand needed to address as the country grew in diversity and that this effort would be grounded in the values of the Treaty of Waitangi and the Māori-Crown relationship.

She said the government had accepted in principle all 44 recommendations of the Royal Commission of Inquiry into the Christchurch mosque attacks and had made progress on implementing those. Subsequent hui with ethnic groups had fed into the government’s response, she added.

“We’ve set up an ethnic communities graduate programme to provide a pathway into the public service for skilled graduates from ethic communities and also as one way to injected that broader cultural competence into government agencies, including the intelligence agencies.

Radhakrishnan said the programme had a broader reach than ethnicity and that others who feel marginalised were being included.

She said the government wanted input from the public on how the programme can be forwarded.

Public submissions open today and close on 6 August. The government’s discussion document includes steps on how to submissions.

The Medical Council cannot reveal what action is being taken against a group of doctors who signed an open letter criticising the Pfizer vaccine. 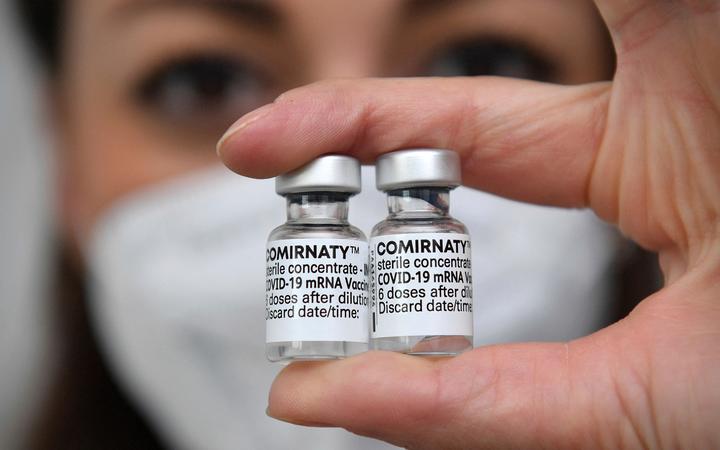 The council earlier this week warned that any doctor spreading misinformation about the virus and vaccines could lose their job and the right to practice medicine.

About 40 health professionals, mostly doctors, signed an open letter in April opposing the vaccine over safety concerns. The letter names the doctors and provides their Medical Council registration numbers.

RNZ has attempted to contact the doctors who signed the open letter.

The council said on Monday, 13 notifications – or complaints from the public – have been referred to an independent professional conduct committee for further investigation.

It said an unspecified number of complaints do relate to the open letter and some include instances of multiple complaints about the same doctor.

But whether those notifications now mean the committee is set to review all of the medical staff who signed the letter remains unclear.

When asked what steps it was taking against the letter signers, Walker said in a statement privacy legislation prevented it from commenting on any matters under investigation.

He said the council was taking the matter “very seriously’ and it did not need to wait for a single complaint to take action.

“It is open to Council to review a doctor’s compliance with its standards whenever it has reason to consider a doctor is failing to do so,” he said.

The Medical Council said the expert medical advice and scientific evidence strongly supported that the Covid-19 vaccination was safe, effective and necessary to overcome the global pandemic.

Dr Walker said doctors have a professional duty to provide advice based on evidence.

“There’s a mountain of evidence out there of how effective and safe the Covid vaccine is.

“And we’ve already seen the alternative of unvaccinated populations where millions have died.”

The Medical Council said as a regulator it respected an individual’s right to have their own opinions.

Royal College of General Practitioners president Dr Samantha Murton said while people could choose not to get vaccinated there were serious consequences if the virus breached the borders.

The independent body would decide if charges should be laid with the Health Practitioners Disciplinary Tribunal.

People with concerns about their doctor can contact the Medical Council; and general Covid-19 misinformation or scams can be reported to CERT NZ’s website.

RNZ made multiple attempts to contact the doctors who signed the open letter asking them if they have been contacted by the Medical Council, and if they were worried they could lose their jobs.

Dr Mike Godfrey said he retired 13 years ago so was not at risk of losing his licence to practice, and had not been contacted by the Medical Council.

Other than Godfrey, only a small number of the other doctors responded, none answered RNZ’s questions or wanted to be named or interviewed.

A group of New Zealanders will be the first humans to trial a new second generation covid vaccine out of China.

About 25 young people have this week started being jabbed with the ReCov vaccine as a part of a clinical study.

The trial is being run in partnership with vaccine developer Jiangsu Rec-Biotechnology in China and New Zealand Clinical Research, which has centres in Auckland and Christchurch.

NZCR is running the trial which will see 100 people vaccinated with ReCov by September.

If successful, a larger trial involving thousands of participants would likely also be carried out in New Zealand.

The vaccine will be tested on both a younger population and an older 55 plus population.

“We go reasonably slowly. So we dose some people and assess the response and so far there have been no particular issues and we don’t expect any, but we are extremely cautious in how we do this according to the protocol.”

Wynne said New Zealand was seen as a good place to run a clinical trial because it had a good health system, had a compliant population and could produce high quality research data for the pharmaceutical industry. It was also considered low risk as there was no Covid in the community and there was still a large population who had not been immunised.

He said there was some incredible research coming out of China and the ReCov vaccine and could potentially be better than the current Pfizer vaccine favoured by the NZ Government.

Unlike the Pfizer vaccine, ReCov immunises against two parts of the immune system.

“So theoretically if there’s a mutation in one part of the virus some vaccines will no longer work – the virus may escape the vaccine, but if you’ve immunised against its two parts you have a much greater chance that the virus will not escape from the immune system.”

While the Pfizer vaccine was wonderful and provided immunity to 90 per cent of those who were vaccinated, he said there was a need to be prepared for coronavirus long term and develop more safe and effective vaccines.

“I would expect that from the animal data, this is likely to be a successful vaccine. So here we will have 100 people who will be successfully immunised.”

An American and Asian based company were also in talks with NZCR about running their Covid vaccine studies.

However, the trials need to be carried out swiftly while the majority of New Zealanders still had not had the Pfizer vaccine, Wynne said.

NZCR is still recruiting participants for the ReCov study and offers just over $3000 in compensation. A large number of participants tended to be students or younger workers.

ReCov has been assessed by a panel of international experts and reviewed by both the New Zealand Health and Disability Ethics Committee and MedSafe.

“I wouldn’t do a study that was not in my opinion safe enough for my kids to go in,” Wynne said. “There’s no higher bar than that.”