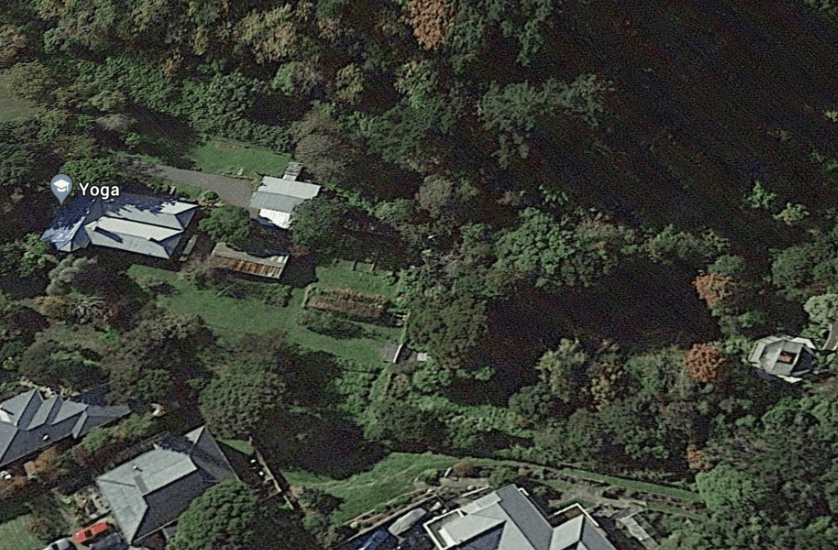 In the weekend, Pam and I were invited to attend the 50th anniversary of the Lotus Yoga Centre 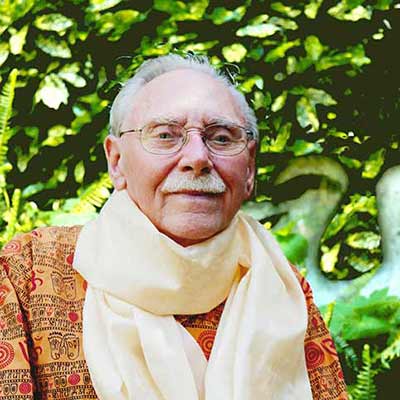 I have wonderful memories of the period of my life when I first discovered hatha yoga and Eric Doornekamp was my first inspirational teacher in 1986 at the Lotus Yoga Centre in Cuba Mall, Wellington.

Just prior to that, Eric purchased a property in Paraparaumu, which became Whare Ora. It became a real happening place for me as I met people who came to work on the organic gardener and opened up a whole new world to me.

This is the entrance way to the Centre that you could see as one approached it from the other end of the street. 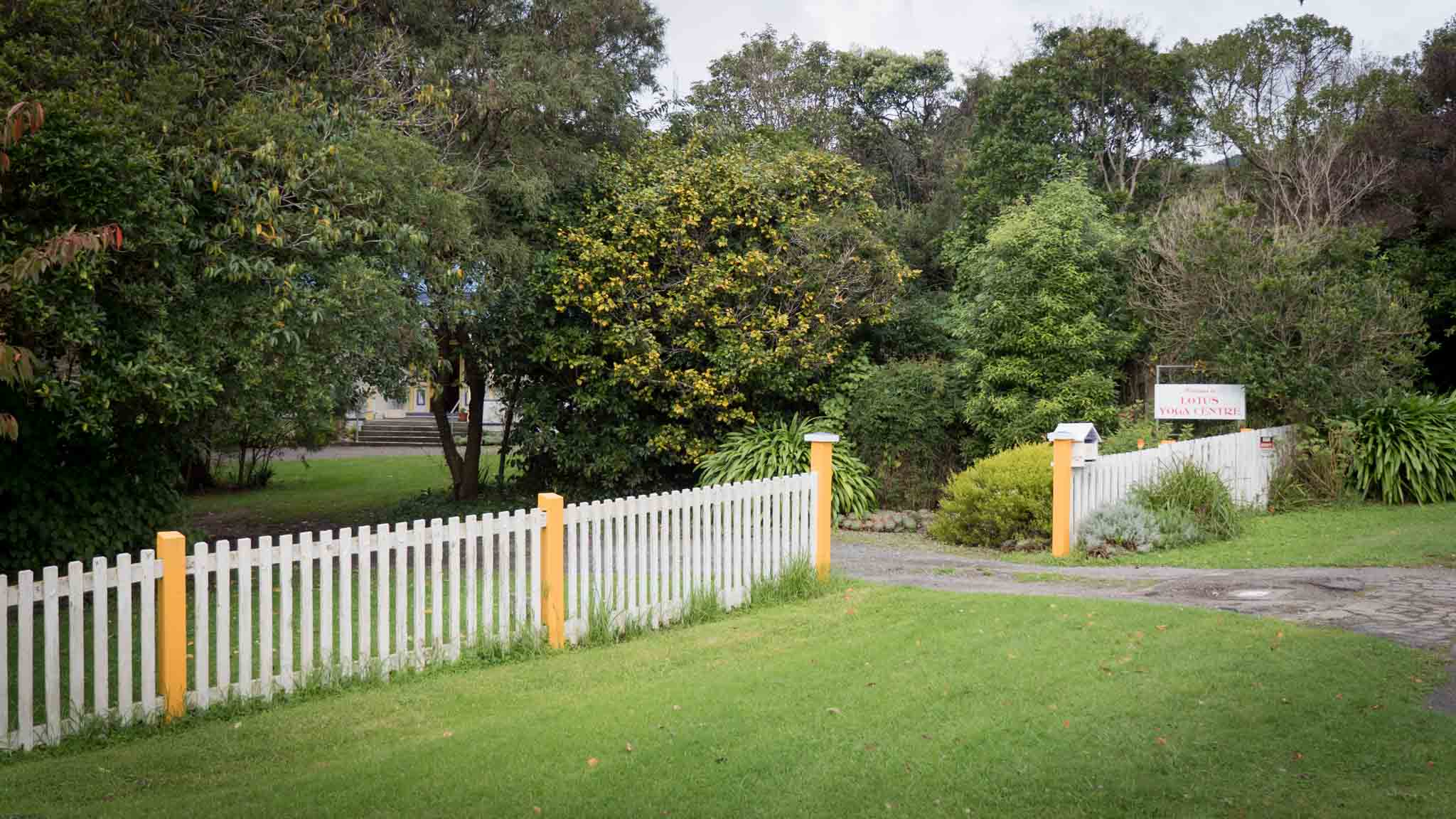 This was the centre after a repaint. 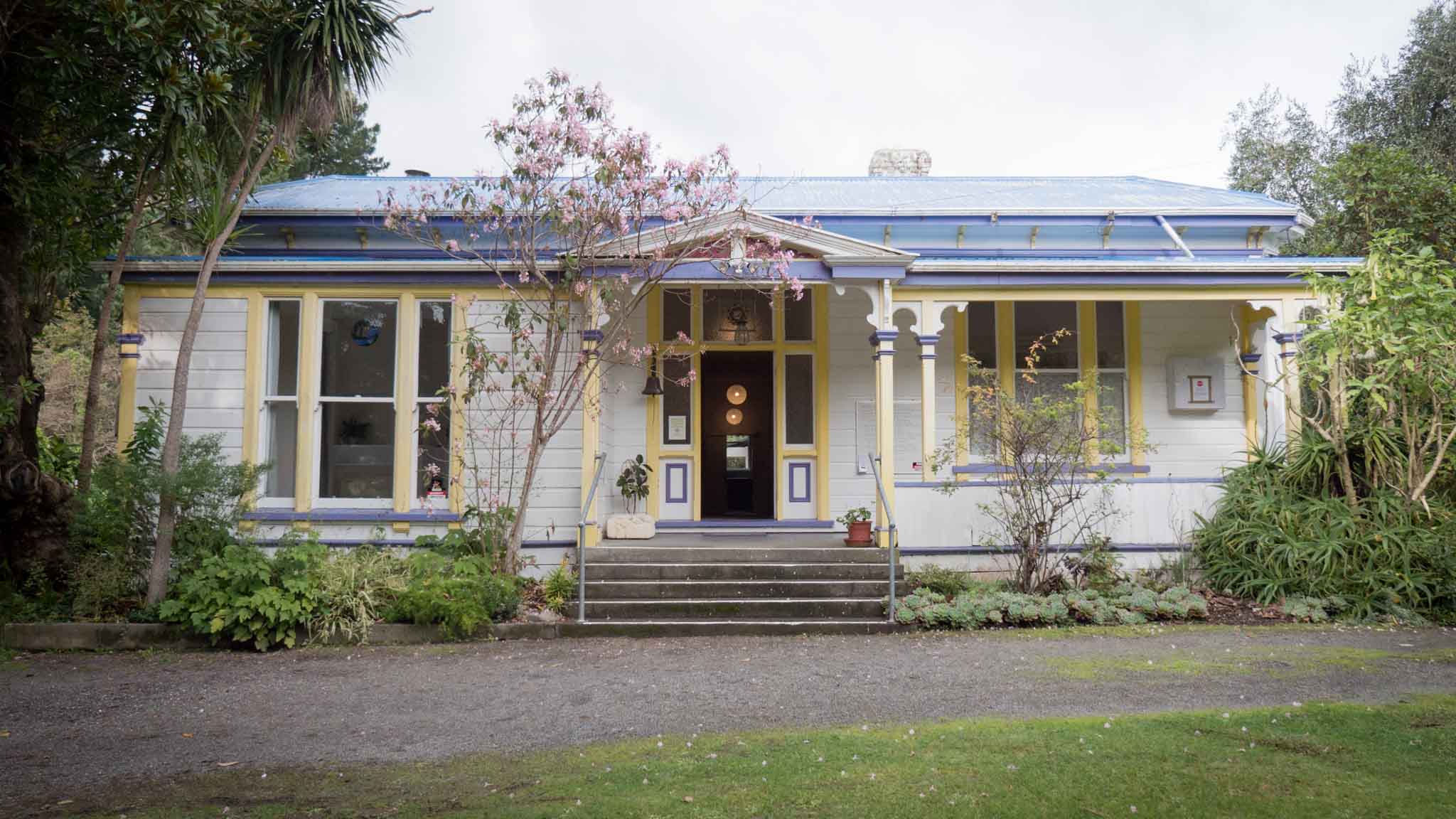 It was a place of great tranquility 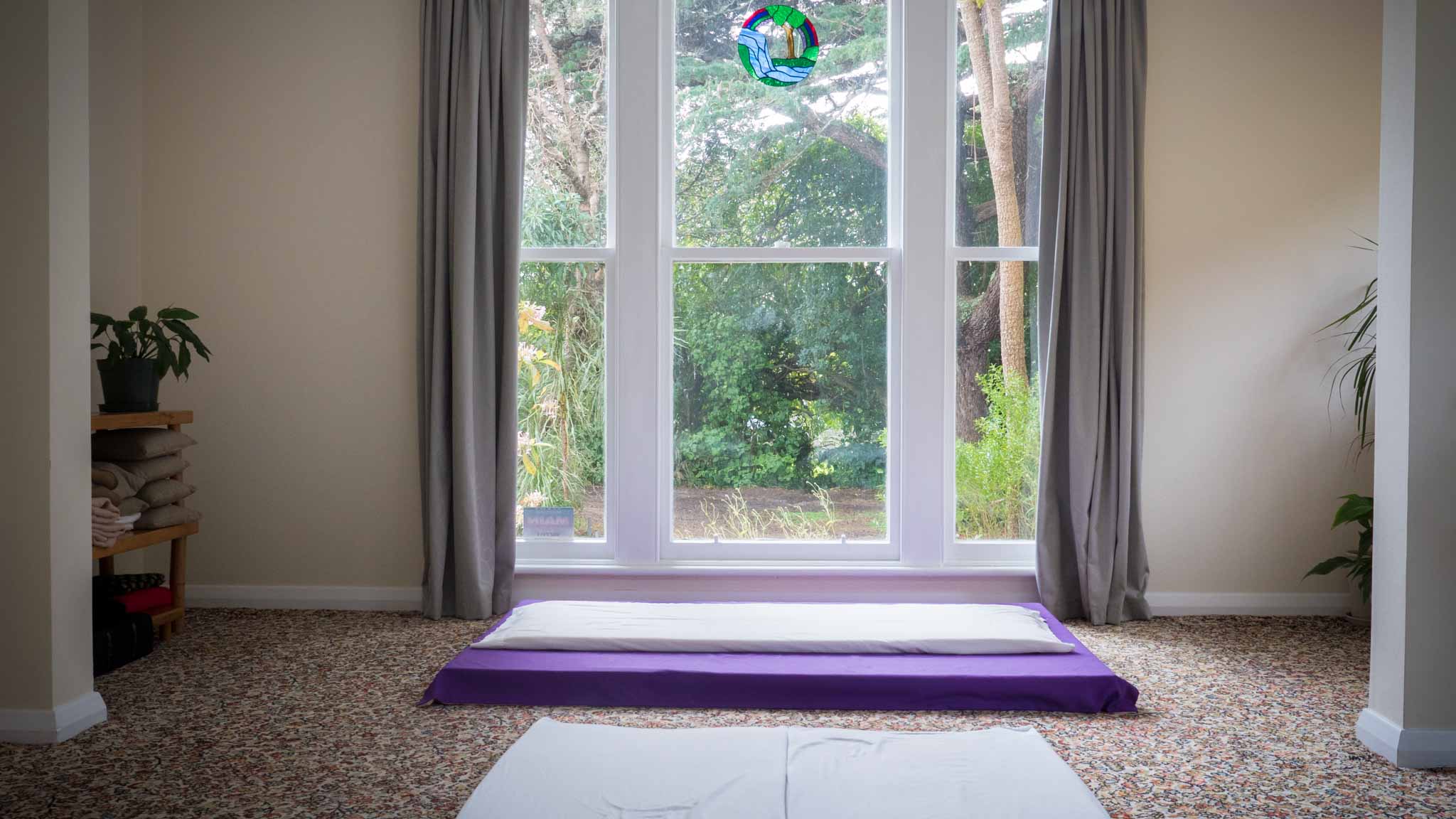 You can see how it looked from Google Earth. 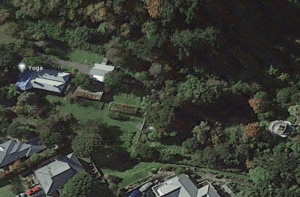 I do not get out very often these days so am rarely exposed to the “post-covid” world so it was to be a nice day out.  We had a peaceful drive up because we took the old route, avoiding the ghastly Transmission Gully motorway which has desecrated the entire countryside between Wellington and Paraparaumu.

Turning into Ruapehu Street, instead of seeing the gates what confronted me was a building site and instead of the tranquil and verdant setting of the Centre.

Instead of the wonderful old bungalow we were confronted by this monstrosity. 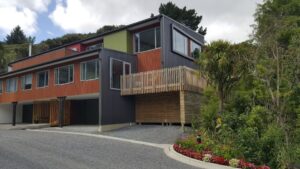 We were given a timeline of the development of the Centre that made no reference to the “infinite Indwelling Consciousness” but paid obeisance to  brick and mortar – something that I have seen before with the Buddhist monastery in the Hutt Valley.

All of this new “development” has happened in 2020-22, corresponding with you-know-what. From 1972 something beautiful was created and the Centre acted as a caretaker to a special piece of land.

All I can say is that to me this is desecration and vandalism.

Once again the values of the world around have impinged on a “spiritual” community.

Here is a newspaper article I discovered. 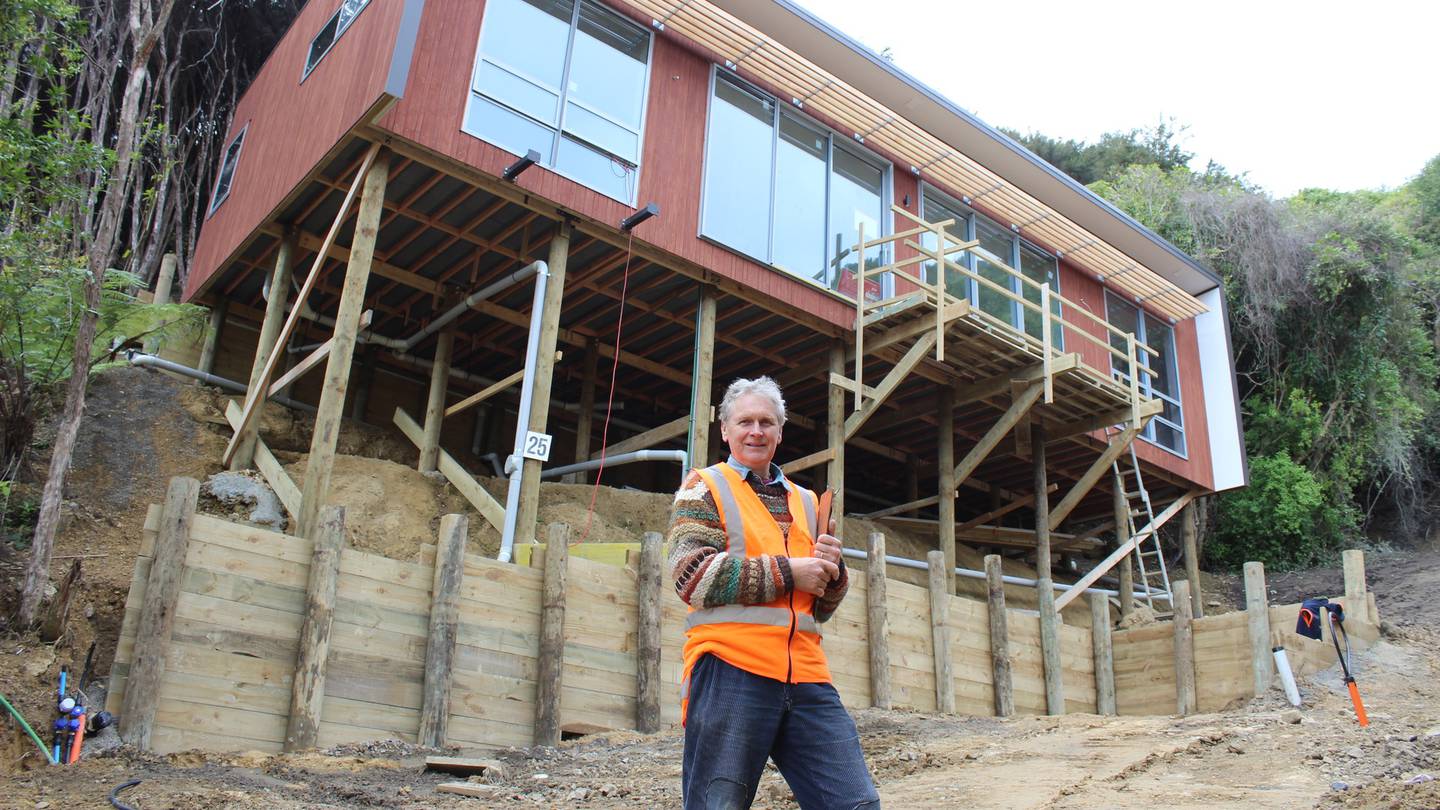 The official grand opening of a sustainable eco-village in Paraparaumu will take place on Sunday.

Work has been beavering away at the Ruapehu St site to create the Lotus Eco Village.

The site had been the home of the Lotus Yoga Centre and Retreat run by Eric and Cathryn Doornekamp for many years.

The couple had been mulling over ideas for the land for a while before settling on the idea of a holistic village environment incorporating eco design and co-housing principles for people living together in an intentional community.

My shock didn’t end there.

We were ushered via lift to a space that was indistinguishable from any corporate conference venue.

I was able to pay my respects to my now-86 year-old ex-teacher. What I found is what happens to a group of ageing Baby Boomer hippies post-covid.

These are very subjective impressions but I found little spirit amongst the group and there were at least three people in masks including one we know who looked ashen to me.

I suspect we were perhaps among the only “unvaxxed” people in the group.

I could scarcely avoid the thought that here was a group of people that in various ways devoted themselves to their own health with yoga, organic food and even occasional fasting that have consented to take an experimental mRNA shot.

It did not seem to me that these were people that did it under duress.

These were retirees, which says that they swallowed the government propaganda.

All of this was a deep shock to me and as soon as I could do so politely I fled the scene.

The world I grew up in has been destroyed – all in a short period of time.

Now, I have to deal with the grief and live with my rather sullied memories of times past.