Director of National Intelligence: “Russia Collusion” was Hoax Personally Ordered by Hillary Clinton – CIA & FBI Knew it was Fraudulent – ran with it anyway

According to material declassified by the United States Director of National Intelligence, John Ratcliff, the claim that Donald Trump was colluding with Russia to steal the US Presidential Election in 2016, was an intentional fabrication by a foreign policy advisor on the staff of the Hillary Clinton campaign.

Stunningly, the evidence shows the plan to smear Trump as a traitor was PERSONALLY APPROVED by Hillary Clinton for the purpose of diverting public attention from Hillary’s private email server scandal.  She KNEW the whole Russia thing was false, and did it anyway.

Worse, this nefarious plan was detected by both Russian and American intelligence networks.  Here in the USA, CIA Director John Brennan alerted President Barack Obama, Vice President Joe Biden and Senior administration staff to Hillary’s plan.  They ordered an FBI investigation into the matter and, instead of going after Hillary for trying to undermine the US, they ADOPTED Hillary’s plan and went on to launch investigations into Trump to make her plan seem truthful.

The whole thing was a fraud from gitgo; they KNEW IT and did it anyway. 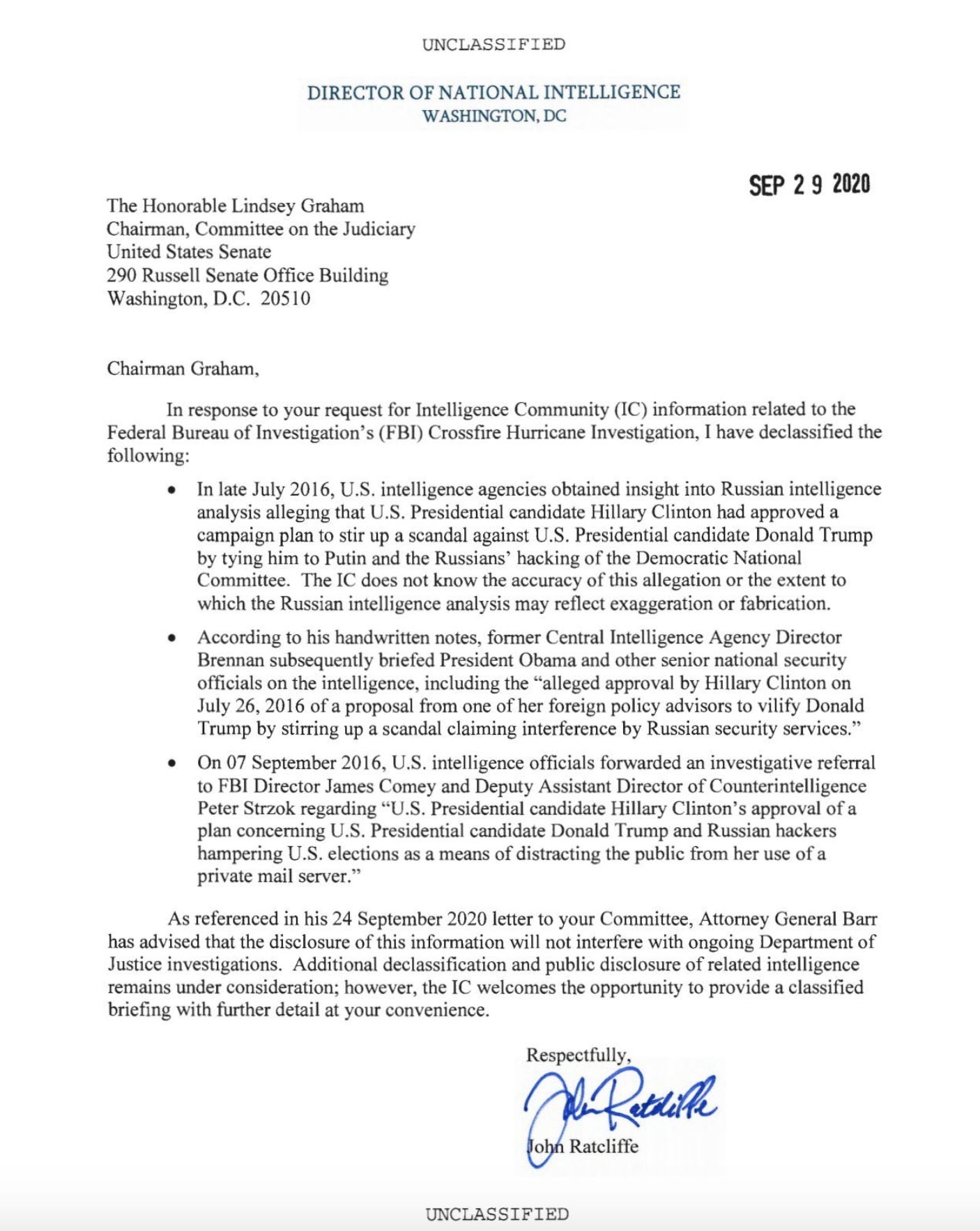 Notice the DATES that this information became known:  July 26, 2016.  Just days after the Wikileaks revelations of Democrat emails, and Four days after DNC staffer Seth Rich was murdered.

The deception by government of the American people was so vicious, government employees carried the water for Hillary and intentionally LIED.

The Intelligence Community that told the Press they had come to a “consensus” that Trump colluded with Russia, KNEW as they spoke those words, they were lying.

Brennan, Clapper, Comey, and Strzok KNEW the whole thing was a fraud, but they made the public accusations anyway, and allowed this nation to tear itself apart for over two years, despite the entire issue being phony.

Worse, members of the United States Congress were made privy to this intelligence information; if not when it took place, then certainly once the Trump Administration took office, and Congress members like Adam Schiff and Gerald Nadler not only kept it secret, they, themselves, continued to claim “Russia Collusion.”  They went on to hold Committee Hearings . . . . for an issue that was a total, phony, non-existent scandal.  They defrauded the American people.

Democrats did this to the nation. Repay them at the election in November.  OUST them all.