The puppet speaks to the puppet masters. Update 1

Testimony from a refugee from Mariupol

A refugee from Mariupol said that militants from Azov nationalist battalion, while retreating, blew up the city drama theater, where there were civilians, whom they used as a “human shield”.

What do you think is happening in the video?

Yes, you are right, there is nothing to comment on.

We are waiting for the next masterpieces from Ukrainian “Propagandists”.

American woman who has her husband doing mercenary work in Ukraine:

“THEY ARE KEEPING THE AMERICANS HOSTAGE AGAINST THEIR WILL IN UKRAINE!”

Collapse: The Ukrainians lost 3 stronghold cities in Donbass – A time of crisis for thousands of soldiers!

The Order of Azov begs for help

Today could be a milestone day as the Ukrainian Armed Forces lost three major strongholds in the Donbass region and all indications are that the area is beginning to be completely handed over to the Russian Army.

See below in the maps how the situation in the region is developing, which is now very critical and irreversible for the Ukrainian Army.

The city of Rubezhnoe is one of the three cities in Donbass that was the backbone of Ukraine’s defense. The loss is a huge blow.

The town of Chuguyev is located in southeastern Kharkiv along a major highway. It is a strategic point that connects the Russian forces in Kharkov with the forces in Donbas.

Note here that there is unconfirmed information that the Russian Army is also controlling the city of Marinka with the Ukrainian forces having retreated towards Uglyadar.

The Americans note about the city of Izyum that “it is a stronghold of the Ukrainian Armed Forces and now the danger of their encirclement is visible”.

And this has been pointed out by WarNews247 for a long time.

Azov asked for help in Mariupol – “NO” from Kyiv

Mariupol will be completely cleared by Azov forces in 4-6 days, according to Russian military sources.

Azov’s forces have requested reinforcements from the Ukrainian military administration as the Russian Army and Donetsk forces attack 24 hours a day from three successive directions.

The leadership of the Azov Order described a catastrophic situation of complete encirclement. The response of the Ukrainian leadership was negative:

All forces and reserves are committed to defending Kiev and no aid can be sent. Even if this were possible, the encirclement of Azov’s forces has great depth and breadth and cannot be made possible.

The Ukrainian General Staff then developed a defense strategy for Mariupol in order for Azov to keep the city as long as possible. The Armed Forces of Ukraine and Azov will withdraw all their forces to the Azovstal plant and will be fortified there.

The Russians report that military equipment and weapons systems have already been transported to the factory grounds.

A time of crisis for thousands of Ukrainian soldiers

Now, with the imminent loss of Mariupol, the Ukrainians are confined to only two areas in Donbas:

In Severodonetsk and Lysychansk.

With the occupation of the city of Izyum, the Ukrainian forces in Kramatorsk and Slavyansk have been cut off and are without reinforcements and accounting support lines. The Ukrainian Army must decide immediately:

Either retreat or be surrounded. 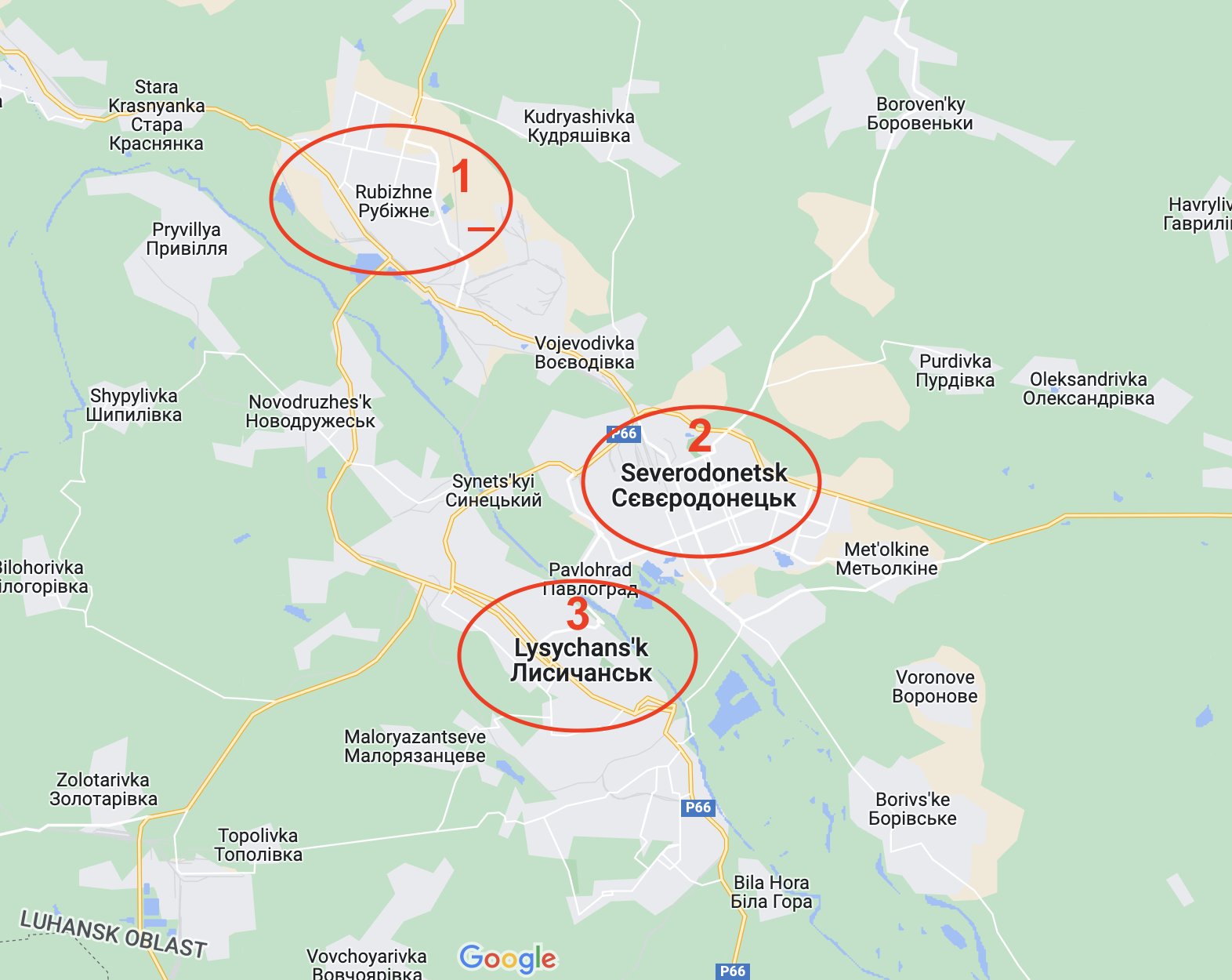 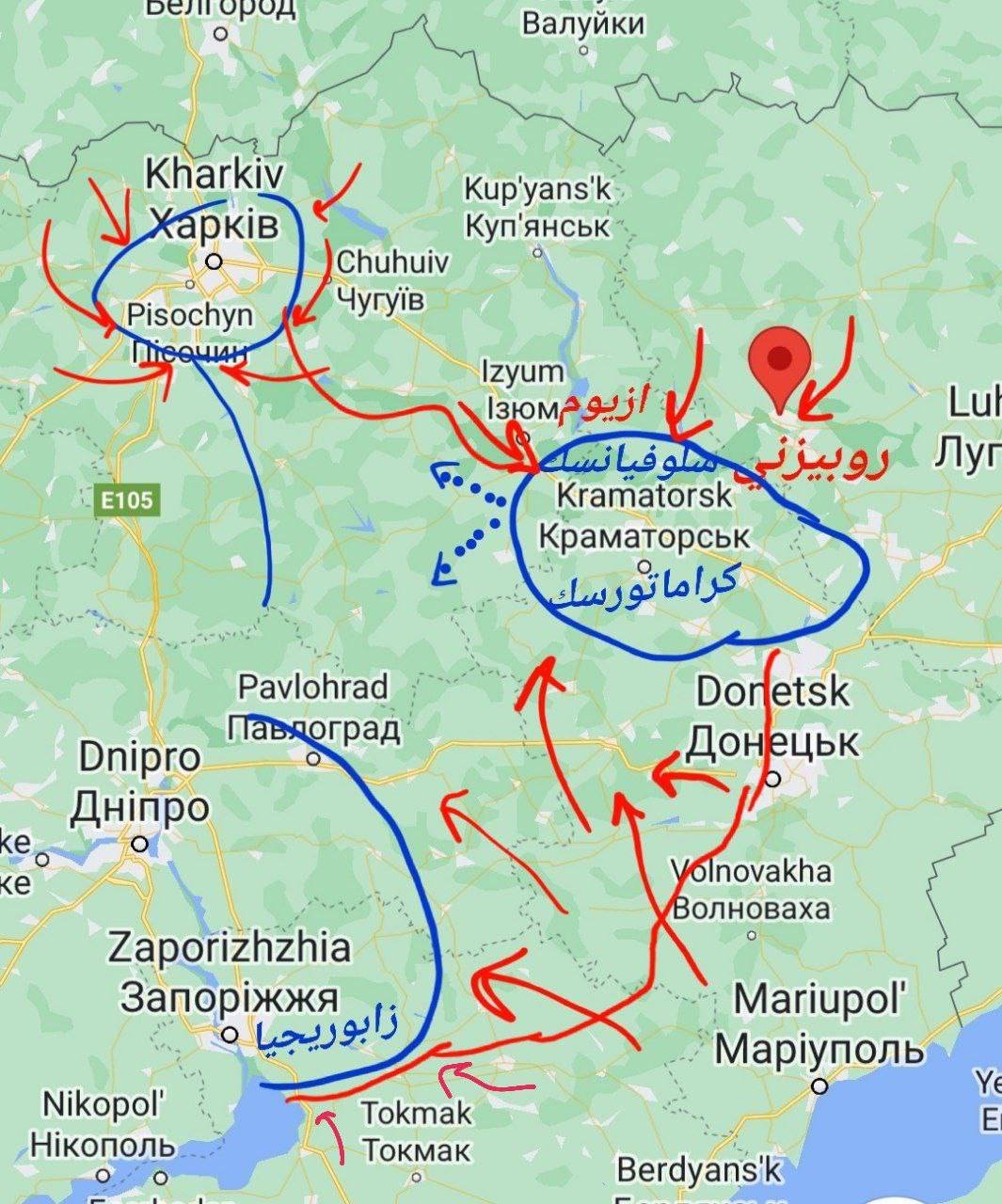 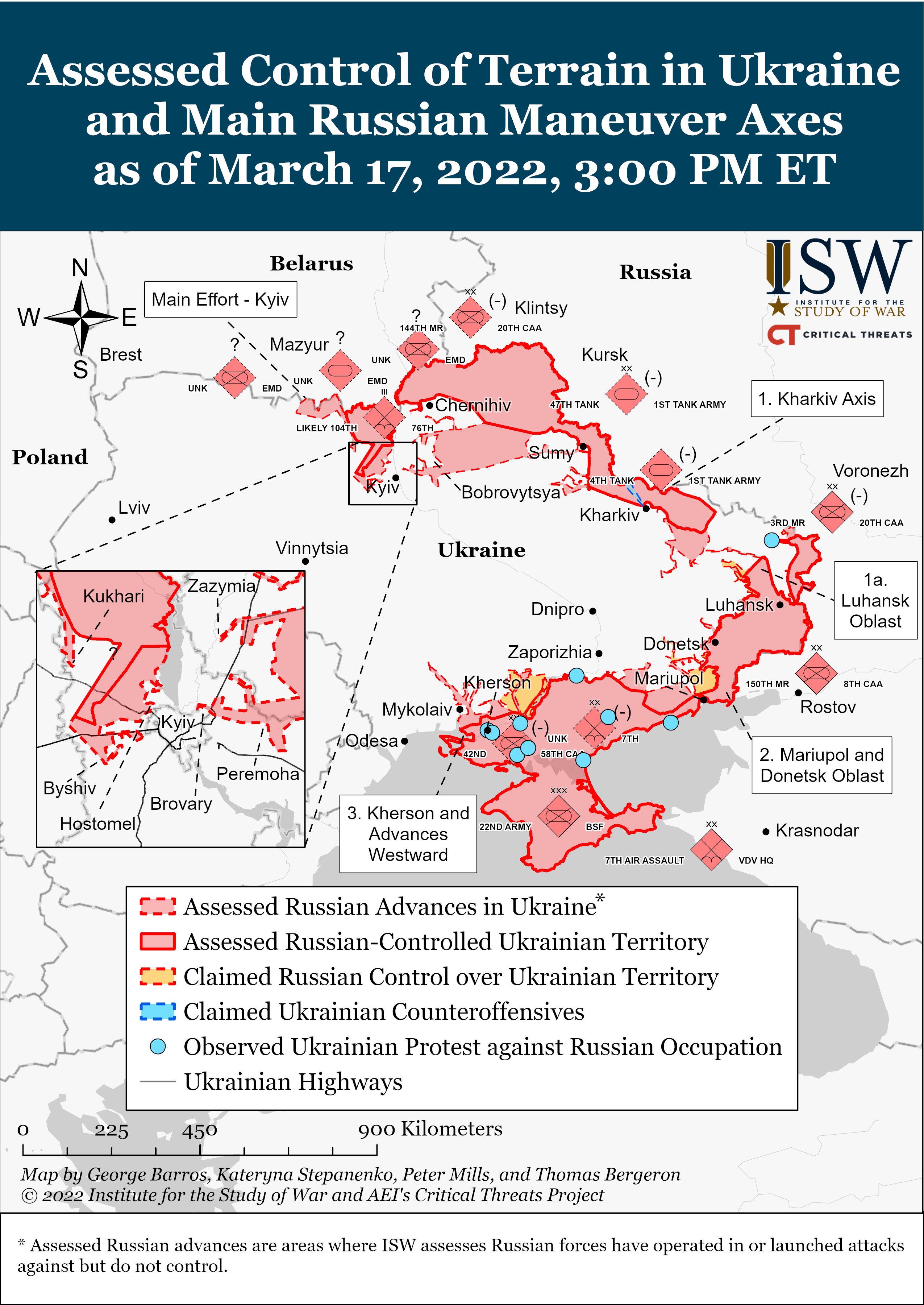 There has been intense concern for a few hours now as it seems that immediately after Putin’s speech some kind of “increased nuclear readiness exercise” is taking place in Moscow.

In particular, there is a mass movement of the Russian military and political leadership, which is moving away from Moscow in an easterly direction, mainly to Siberia.

Several planes of the Russian “Special Flight Squadron” dedicated to the transfer of Russian government officials took off.

At the same time, Russia’s elite is leaving the country. Specifically, a mass take-off of private jets from Moscow to Dubai was detected this morning.

Concerns are growing as the Kremlin says “the United States has used nuclear weapons in Japan since World War II and has no right to preach to us.” This seems like an excuse for the imminent use of some chemical and even tactical nuclear weapons .

There are movements that take place and are “extremely rare” and unfortunately do not foretell something good. On the contrary, maybe in the next 72 hours something very unpleasant will happen.

All indications are that the Kremlin is sending a message to the West this morning. And the message is about the use of nuclear weapons.

More specifically, Russian government planes used to transport VIPs, ie the country’s political and military leadership, were found to be flying en masse east of Moscow. These are:

Everything follows the same route while one of them goes further north.

Reports indicate that they land mainly in areas of Siberia in Omsk, Ufa, Novosibirsk and Tyumen. In fact, some aircraft crossed the Urals in the direction of Altai.

At the same time, some Russian Command and Control aircraft have taken off, while others are relocating to Omsk and Novosibirsk.

Information states that there were also planes with switched off transponders.

The Tu-214SR usually flies close to where Putin visits if it is outside fixed military communications.

Finally another worrying sign is the landing of two Ilyushin IL-76MD RFF9923 / RA-78831 in Kaliningrad. The Russians are not transferring forces from there. So the reason is different and it is serious.

Mystery and concern intensify as Russian Foreign Minister Sergei Lavrov was due to travel to Beijing on Thursday night.

But in the middle of the flight, his plane made a U-turn over Novosibirsk in Siberia and never landed in China.

Is it possible that Beijing canceled the visit? Probably not. The cancellation is related to Ukraine and the strong mobility observed. Why did Putin call him back?

There is a very high probability that some “increased nuclear preparedness exercise” will take place and that the Russian military and political leadership will be directed to underground nuclear shelters.

Information indicates that in the points where the Russian VIP aircraft are directed, there are underground nuclear shelters of Command and Control…

At the same time, the head of the Russian Federal Space Agency (Roscosmos) Dmitry Rogozin was spotted flying a Tu-204-300 to the Baikonur spaceport from Moscow.

There is no obvious etiology and no ICBM-related Baikonur test has been performed since 2008.

At the same time, information is coming about mass purges in the Russian National Guard and the Russian secret services.

Something serious is happening… 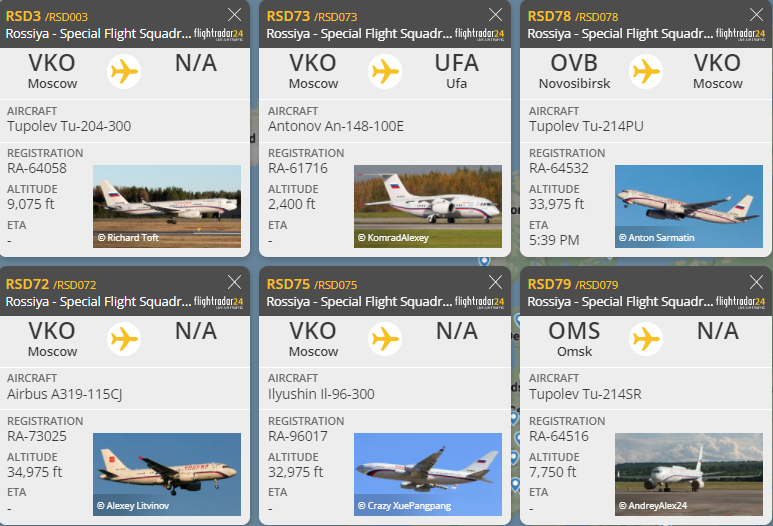 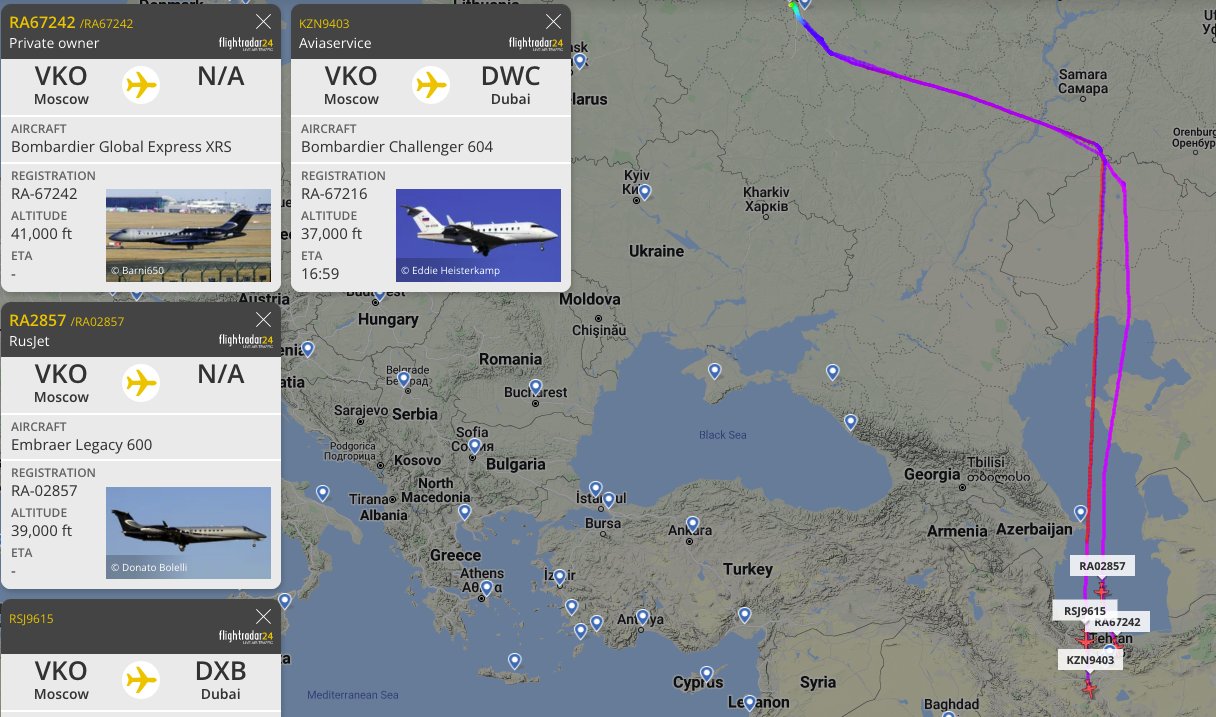 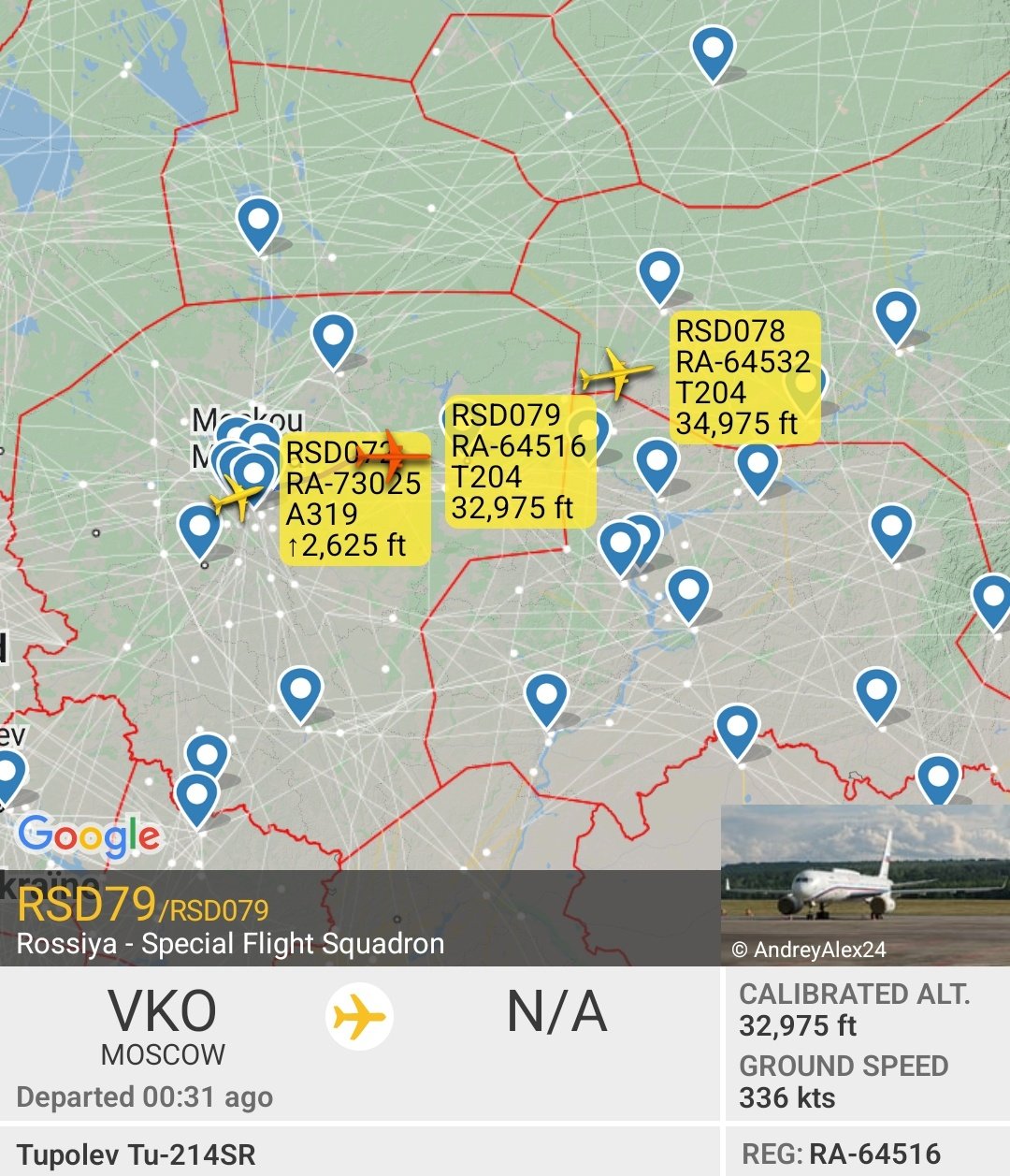 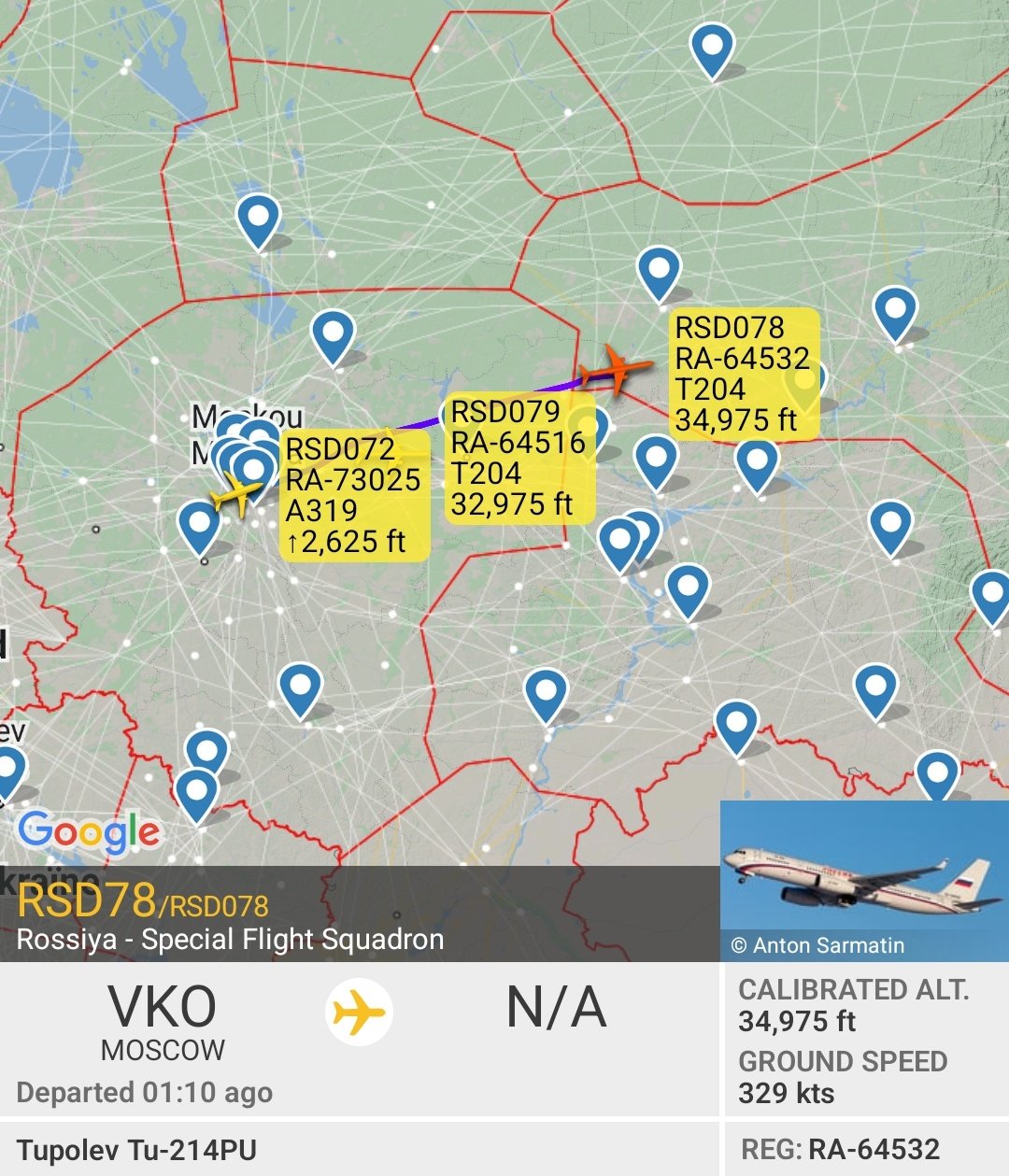