The #Russian withdrawal from western #Kherson Oblast has begun. Russian forces likely intend to continue that withdrawal over the next several weeks but may struggle to withdraw in good order if #Ukrainian forces choose to attack. 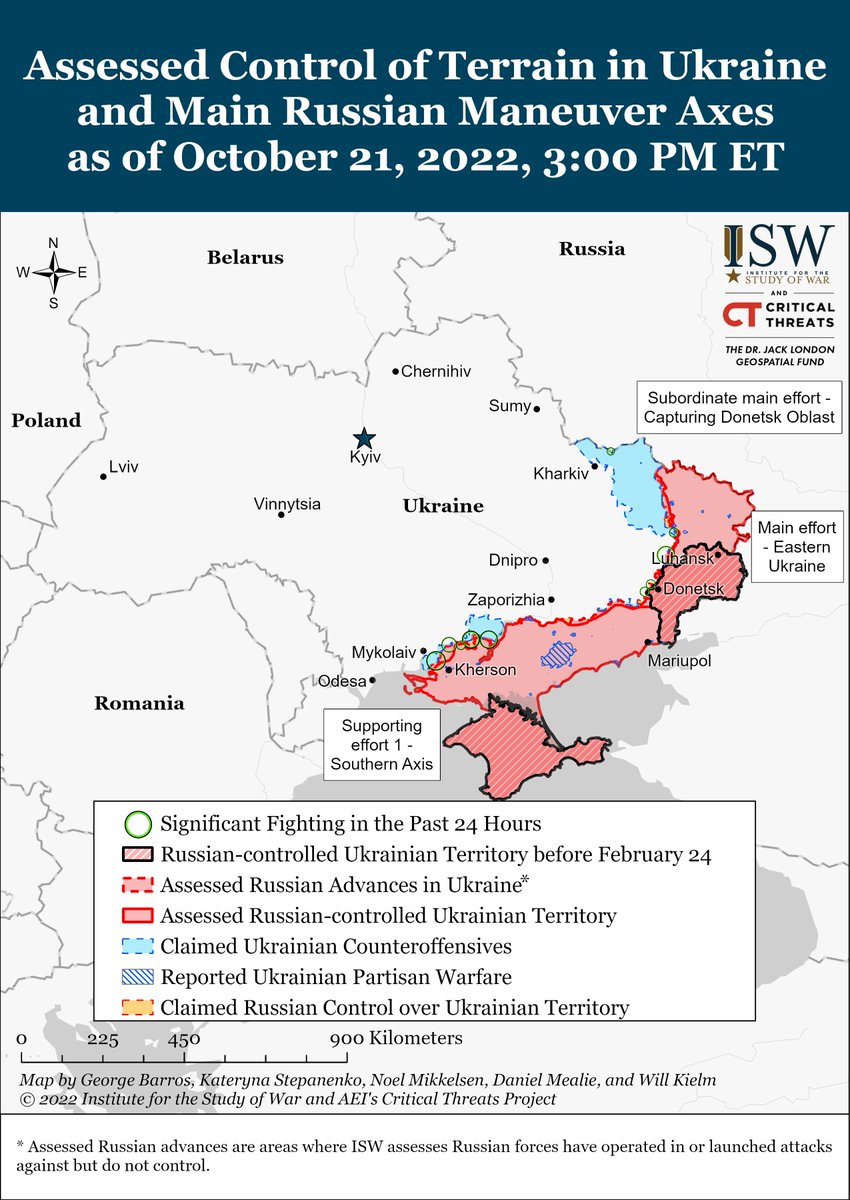 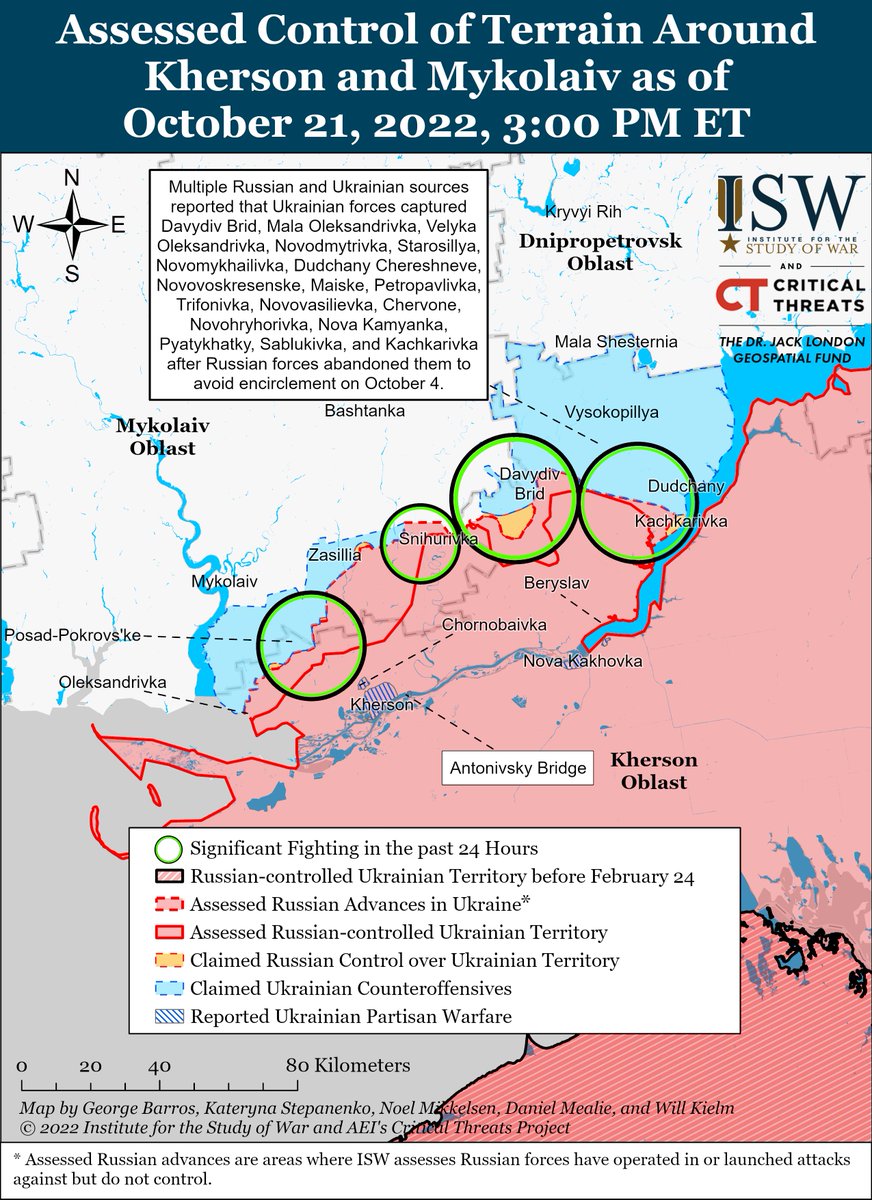 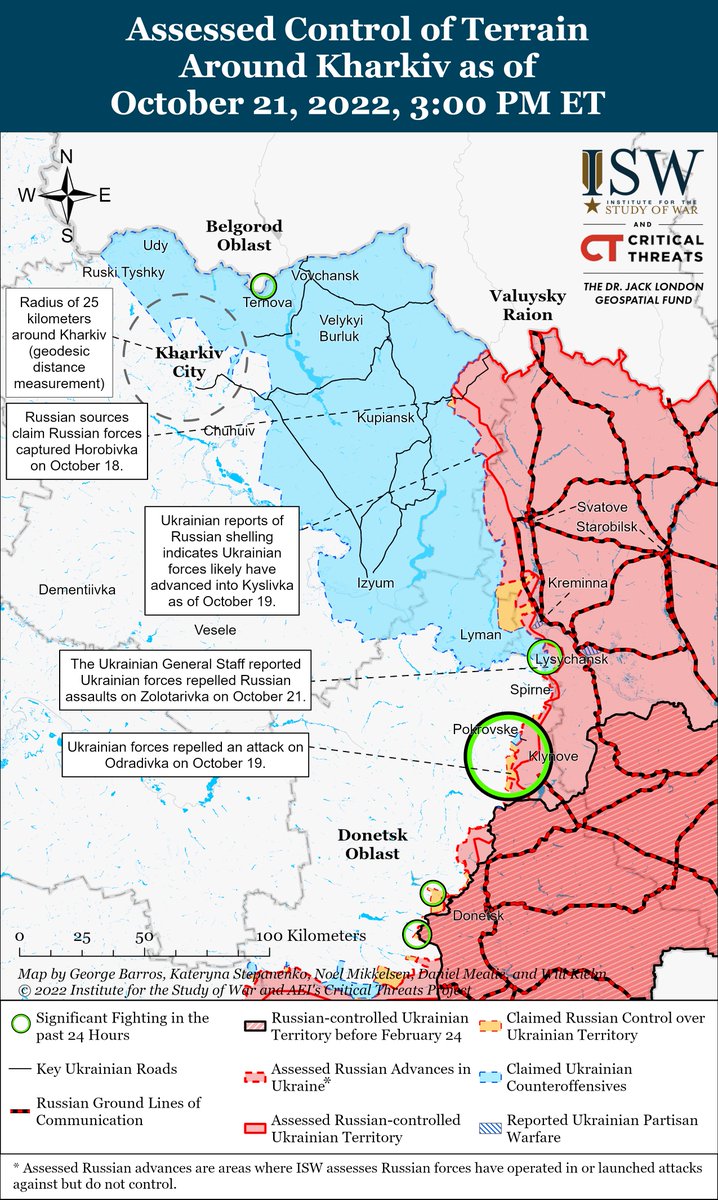 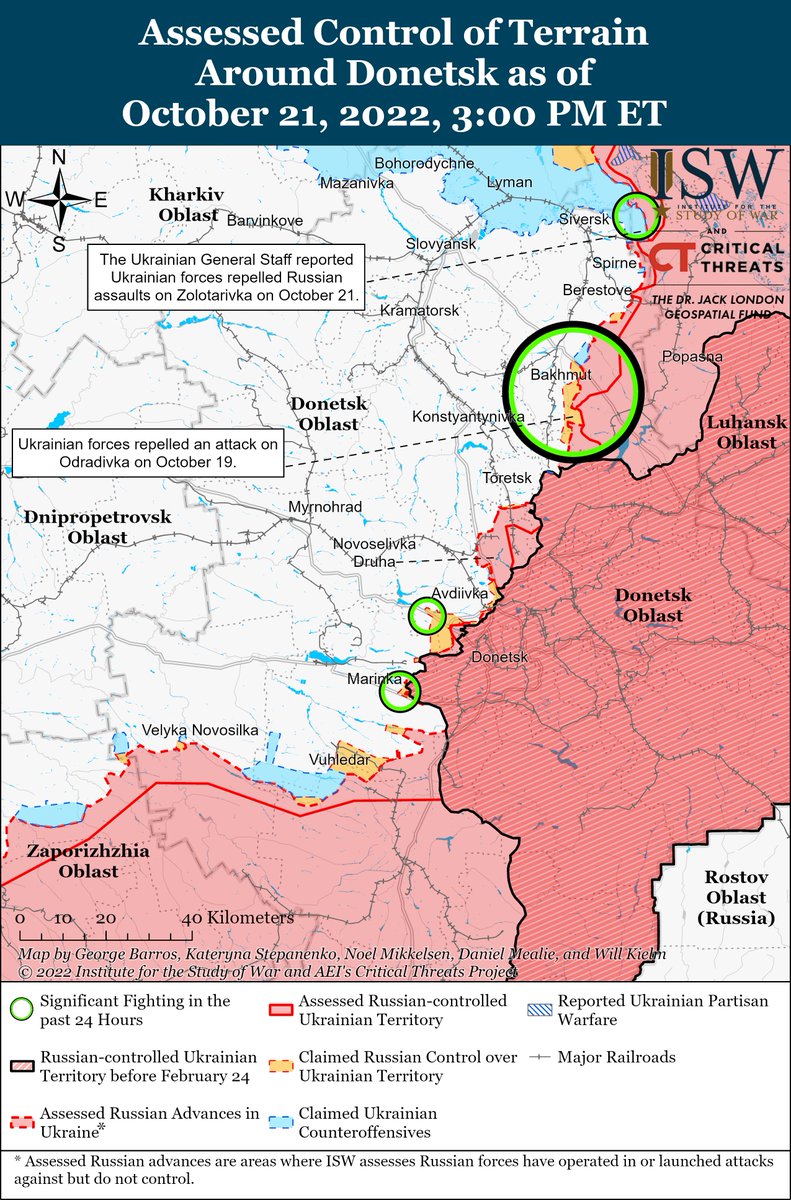 Institute for the Study of War
http://isw.pub/UkrWar102122
2/ Russian forces will likely attempt to blow up the dam at the Kakhovka Hydroelectric Power Plant (HPP) to cover their withdrawal and to prevent Ukrainian forces from pursuing Russian forces deeper into #Kherson Oblast.
Institute for the Study of War
http://isw.pub/UkrWar102122
3/ #Putin is setting conditions for #Russia to continue a protracted high-intensity conventional war in #Ukraine, not a negotiated settlement or off-ramp. Instead, he is setting conditions for improved Russian combat capability over the winter and well into 2023.
The information conditions that the Kremlin has set to enable the Kherson withdrawal, the preparations to blow the dam, and the preparations for additional mobilization and conscription all demonstrate that Putin is not seeking offramps in the near term.
4/ Putin signed a decree on October 21 creating a Russian government “coordination council” to “strengthen coordination of federal executive branch organs and the federal subjects’ executive branch organs” during the war in Ukraine.
Its responsibilities include coordinating federal & regional authorities to meet the needs of the military; resolving military supply issues, forming plans to supply the military; defining the volume and direction of the state budget to support the military; among other things.
Putin’s creation of the coordination council is a continuation of Putin’s October 19 declaration of martial law readiness standards, which the Kremlin seeks to use to expand Russian government authorities as a way of further transiting Russia to a wartime footing.
It is a step that Putin need not take if he were seeking to wrap the war up soon or were looking for some sort of off-ramp or pause that he expected to end major combat operations.
The creation of this new coordinating body instead sets conditions for a high level of mobilization of the Russian state, economy, and society for continued high-intensity conventional military operations for the foreseeable future.
Putin continues to show his willingness to pay a high price in domestic discontent to pursue a military resolution of the war he initiated on his terms, showing through his actions no interest in serious concessions or ceasefire negotiations that could lead to sustainable peace.