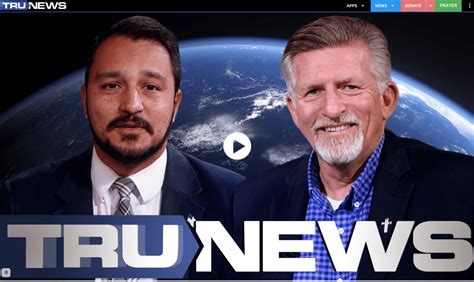 Catching up with old news.

I have been listening to TruNews for a couple of years. While I agree with far from everything they have to say I have often found that just when I though something was preposterous they would come up with the evidence. So I have learned to listen to what people have to say rather than judge them according to which ideological “tribe” they are in.

So much of this has involved the trio of Rick Wiles, Doc Burkhart and Edward Szall.

I have liked Edward and the particular contribution he has made primarily as a researcher.

It was therefore a shock when I learned just short of 2 weeks ago that he had been sacked.

Listen to the following from 31 August.

I have had little energy or time to go into this but I wish to offer a few reflections that is my speculation, not on any “inside knowledge” I have.

At first glance this might seem to be very hard-headed and unforgiving on the part of Rick Wiles but one has to remember he is running a business.

Watch the following, and forgive the source, the notorious Right Wing Watch, who must have been gloating.

What this makes clear is that when Rick Wiles was criticising Mike Lindell Edward must have been aware of what actually happened but remained silent.

What transpired was that Wiles and Lindell spoke on the phone, Lindell apologised to Tru News  but later in comparing notes it came out that Edward indeed had been responsible for getting a sympathiser of Antifa masquerading as a member of the Tru News team into the meeting.

Being naive is understandable (although it is hard to understanding waving someone into someone else’s conference is not but keeping silent and not confessing one’s role in this is not.

I do know that Rick Wiles hates lying so this makes what happened more understandable.

I have no way of knowing but I can imagine that if Edward had ‘fessed up about his lapse of judgement he might still be with TruNews.

Since then, Lauren Wiczke announced she is no longer with Tru News. I found this a welcome turn of events as in my mind she had little to contribute apart from turning an excellent news program that is based on conservative, religious values to something right-wing.

The earlier events whereby Rick and Edward came down with covid-19 was, in my mind, a disaster in bringing MiloMilo Yiannopoulos and Lauren Wiczke in to help.

It seemed to be turning TruNews into a chatshow.

But now, we are back to the news with Rick and Doc with more time devoted to Bible study.

Whilst I would love more news analysis I understand the change of heart and am somewhat relieved.

27 thoughts on “The sacking of Edward Szall”