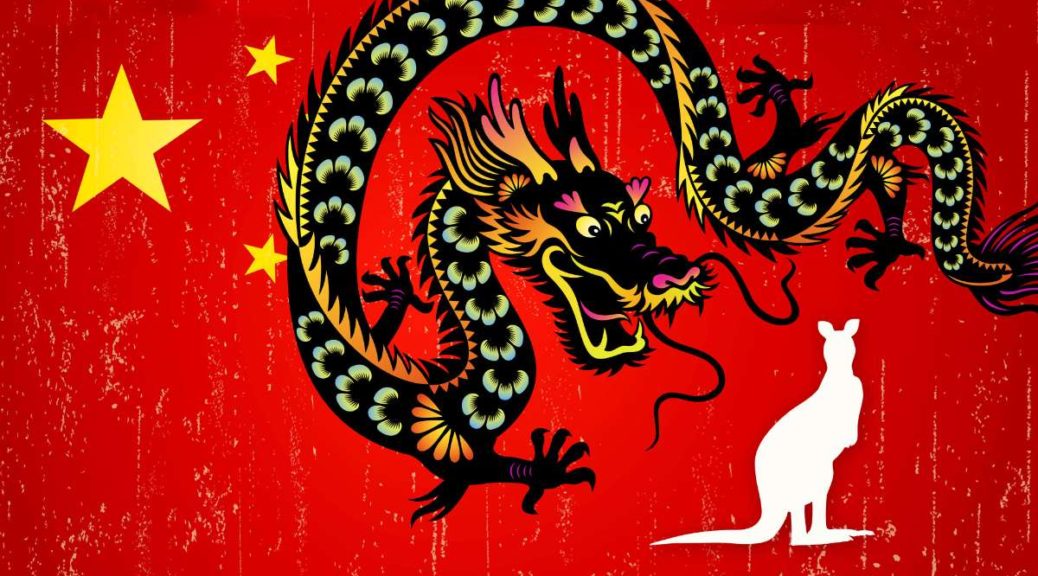 While the NZ media keeps its readers and viewers in the dark the Australian media produces THIS.

It is going to be very difficult for people who not only want the truth about covid-19, but genuinely want to avoid going up in a puff-of-smoke.

This article is so disingenuous and inaccurate I wouldn’t even know where to start. The wide differential in defence spending between the US (as well as the number of their military bases) compared with Russia, might be a good place to start.

China and Russia increasingly ‘aggressive’ in quest for power over US

Intelligence warns that both countries are growing increasingly more “aggressive”. As well as threatening the US, Australia should be worried too.

Jamie Seidel
News.com.au,
18 April, 2021
The US hit Moscow with sanctions in a joint move with the EU over the poisoning and imprisonment of Putin critic Alexey Navalny.

China and Russia are determined to topple the US, a new intelligence agency report warns. And they may be prepared to form a new Eastern Bloc to do so.

They’re just the latest headlines in a growing storm of unsettling news.

Together, they set the scene for the release of a 27-page declassified report from the Office of the Director of National Intelligence (ODNI) on Wednesday. On Thursday, the nation’s top intelligence officials had to front Capitol Hill.

The message was the same: the Western world is under siege.

All 18 US intelligence agencies agreed an “epochal geopolitical shift” was underway.

And, they warned, its key players were using increasingly “aggressive” strategies to bend the balance of power in their favour.

Beijing is determined to “continue its whole-of-government efforts to spread China’s influence, undercut that of the United States, drive wedges between Washington and its allies and partners, and foster new international norms that favour the authoritarian Chinese system.”

Moscow, for its part, is committed to discrediting US values to protect President Vladimir Putin. “Russian officials have long believed that the United States is conducting its own ‘influence campaigns’ to … weaken President Vladimir Putin, and install Western-friendly regimes in the states of the former Soviet Union and elsewhere.”

It’s a partnership of deceit.

It’s about the degradation of trust.

But, mostly, it’s about manipulating global standards and norms.

Moscow proclaimed Beijing to be “a true strategic partner”.

For both nations, it was a rare sign of international support amid contentious circumstances.

Kremlin spokesman Dmitry Peskov warned of the possibility of “full-scale hostilities” in Ukraine as Mr Putin accused the US of “dangerous provocative actions”.

China’s Communist Party mouthpiece, the Global Times, called its military exercises a “rehearsal of a reunification-by-force operation”, and accused the US of “provocative moves”.

Does the convergence of these hostile words indicate an intent to co-ordinate deeds?

Is it likely that there will be a simultaneous Russian assault on Ukraine and a Chinese invasion of Taiwan?

Or is it something else altogether?

“What does Beijing want? What does Moscow want? They both want their particular regimes to stay in power,” Mansted told news.com.au.

“That’s why it’s problematic to say this might resemble a new Cold War in some way. It’s not an ideological game. It’s about regimes making the world safe for their continued existence and legitimacy. It’s about destabilising the West to increase their power at home.

“Their opportunism will also challenge their relationship and potentially break it apart.” 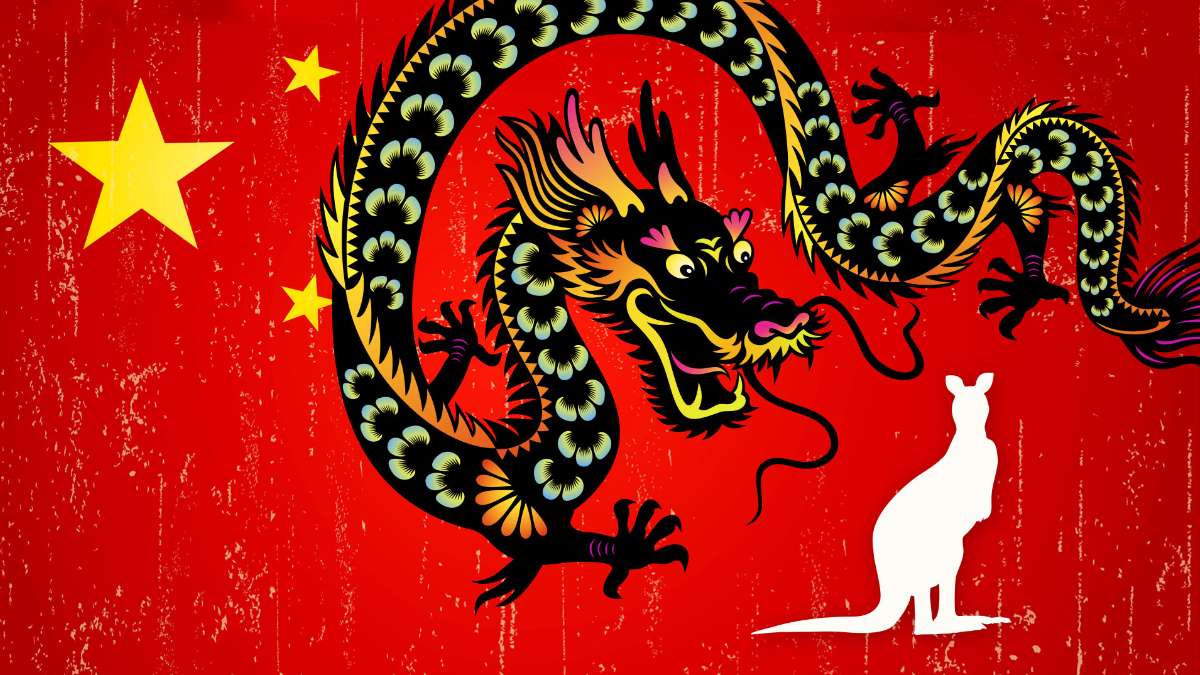 Is President Putin trying to distract attention from his country’s economic and COVID woes?

Is Chairman Xi using nationalism to shore up the cracks in his single-party rule?

Or are the authoritarian states now so convinced the United States is in decline that they sense an opportunity to rebuild the international landscape?

Head of Research and Policy for the Alliance for Securing Democracy Jessica Brandt believes it’s a bit of both.

“The United States and other liberal democracies are engaged in a persistent, asymmetric competition with autocracies – one that is playing out far from traditional military battlefields, in interlocking domains of politics, economics, technology and information,” she writes.

“Authoritarian challengers seeking to preserve their grip on power at home have pursued deliberate, though at times subtle, strategies designed to exploit the vulnerabilities of liberal democracies while compensating for vulnerabilities of their own, as they endeavour to fashion a world safe for, if not converted to, their worldview.”

The ANU’s Mansted says this is where Beijing and Moscow are mutually supportive.

“They’re both beneficiaries of each other’s destabilising activities like propaganda and disinformation. And I think they both also learn lessons from each other. That doesn’t necessarily mean they’re sharing tradecraft. But they’re certainly looking at what the other is doing and how the world responds.”

“Both have learnt from these tactics, but also the way the West didn’t really react”, Mansted says.

Mansted says Australia must use its relationships to prepare for a long-term diplomatic battle.

It’s a fight for our way of life.

“It’s about getting laws and international standards designed right now to guide the future of technology,” she says. “A lot of serious mistakes were made with social media, for example.

“We can’t afford more of these in the future. The stakes for society are much higher in AI (artificial intelligence) and biotech.”

It’s about harvesting personal data. It’s about using and manipulating that data for political ends.

Australia needs to use its relationships to prepare for a long-term diplomatic battle with Russia and China. Picture: Philip Gostelow/NCA NewsWireSource:NCA NewsWire

“Russia and China are both very well practised at gaming the UN, to promote models of internet governance and technology norms that favour state surveillance and censorship, over democratic principles,” Mansted says.

“They’ve made progress on their goals for internet governance. And now they’re looking at minimising controls and privacy guards around everything from artificial intelligence and robotics to biotechnology and digital finance platforms.”

It’s a new twist on the old battle for “hearts and minds”.

Instead of chocolates and pamphlets, it’s now all about social media, surveillance and sewing seeds of doubt. And it’s about making the rules that shape our world.

“Moscow and Beijing’s alignment in the information space is amplifying the challenges that their individual tactics pose,” writes Andrea Kendall-Taylor for the National Endowment for Democracy.

“For example, both governments are now advancing the same or overlapping narratives, increasing the dose of their toxic messaging on a range of issues … Such alignment has even been evident in the traditional media space, where both are building news and information networks outside their borders.”

End of an epoch?

“Russia and China have no shared objective to evangelise a system of authoritarianism,” Mansted says. “They’re both very opportunistic. And it just so happens that, at the moment, they can benefit from co-ordinating on shaping some of these norms. That’s not necessarily going to be enduring.”

But it’s going to be immensely challenging.

It’s new territory for Moscow and Beijing. For the moment, it’s beneficial to both.

“I would expect to see that co-ordination continue, if not intensify, in trying to shape the rules of the road for everyone to play under,” Mansted says.

But it’s not about building a new Eastern Bloc.

“They don’t have the same level of kind of values and interest alignment that, say, for instance, even partners in the Quad have,” she says.

Such values and interest alignments represent an inherent strength for the West.

But that means enshrining within the development of new technologies human rights – values such as the right to privacy, the right to intellectual property, and the right to simply disagree …

“Fight it in the light. The best thing we can do is live up to our own democratic standards. We must make sure we are open and transparent, and proud of the benefits of democracy and our systems.”