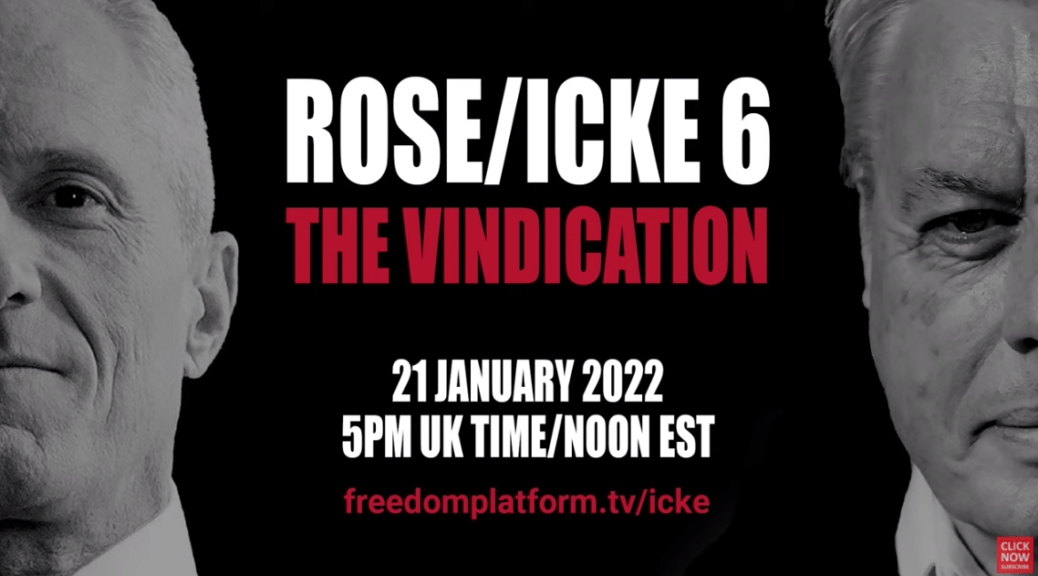 A discussion between David Icke and David Rose

For the time being this survives on You Tube.

I shall post a version that is likely to survive in due course.

For the official replay GO HERE

Rose/Icke 6 is the final episode of a six part series that started with the broadcast of Rose/Icke on March 18th, 2020 during the early days of the pandemic when the world was paralysed by fear.

That first episode would go on to be watched worldwide over 20 million times and was followed up with our broadcast of Rose/Icke 2 on April 6th, the second largest YouTube livestream in the world that day with over 65,000 concurrent viewers.

30 minutes later that episode, which would have become the most watched video podcast in human history, was deleted and banned from YouTube and started London Real’s famous fight for Freedom of Speech against every major technology platform in the world.

phased, London Real pushed on during lockdown and under extreme pressure. With the help of the globally mobilised London Real Army, we created the Digital Freedom Platform with our own technology and broadcast Rose/Icke 3 on May 6th to over 1.3 million people, the largest live broadcast of a human conversation in history.

Now after five episodes and nearly two years later, it’s finally time to look back on everything that was said and put it all in proper historical perspective.

It’s finally time to show the truth that was being told during the entire pandemic and lockdown.

It’s finally time for The Vindication.