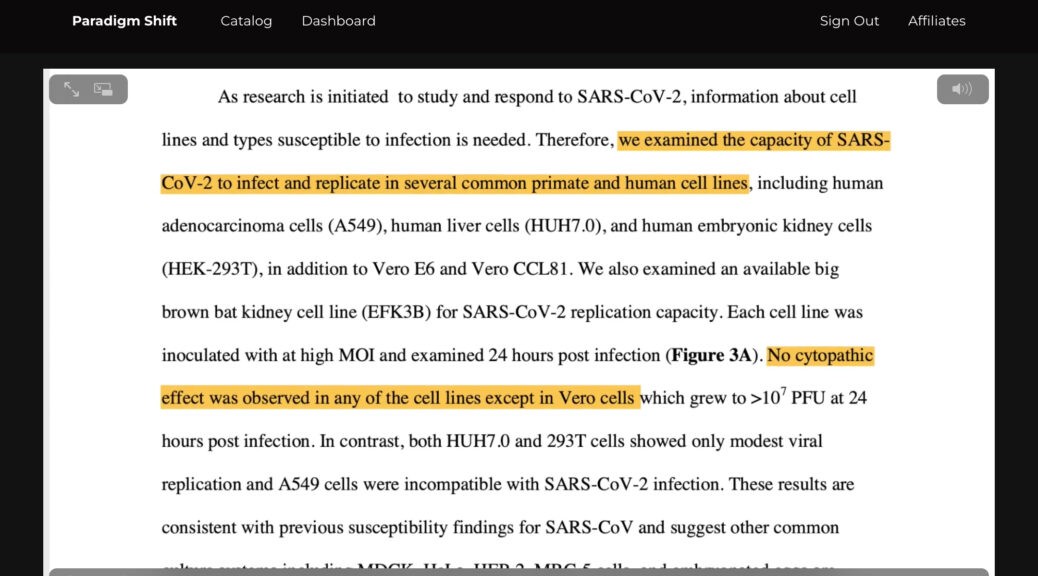 I have decided to watch this series right through to make up my one mind about this controversial idea that flies in the face of what we understand to be the case.

My background in Traditional Chinese Medicine, which is based on terrain theory but also talks about external pathogens, leads me to think that this is correct in parts. It seems to me that it is one thing to say (correctly) that no one has isolated a virus and quite another to say they don’t exist.

When doctor Andrew Kaufman began reading the first virology papers out of Wuhan in December 2019, he was shocked to discover that the scientists had come nowhere close to proving that a new virus had emerged… yet saw the media and authorities already claiming a viral pandemic was on it’s way.

In this extraordinarily revealing opening episode, a group of biologists, chemists, doctors and journalists take apart the SARS-COV-2 narrative piece by piece – from the non-isolation of the virus, to the hidden problems with purported photographs of the virus, to the claims that it has been genetically sequenced, to the invalidity of the PCR “covid-test.” From the treatment protocols for COVID to the assumption of its transmission, Episode One unpacks the science of the claims that changed the world – in which these doctors and scientists make the case that every single claim the authorities made about the so-called SARS-COV2 virus has been based not on evidence, but pseudoscience.

The Viral Delusion Part 2: Monkey Business: Polio, Measles And How It All Began

There are FIVE parts to this documentary.