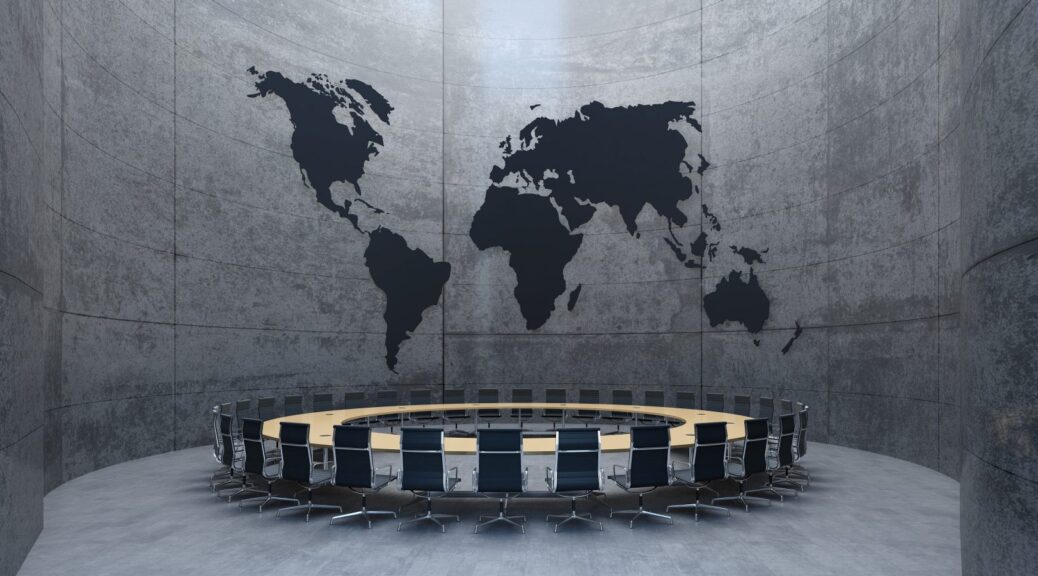 The first public hearings on the proposed “Pandemic Treaty” are closed, with the next round due to start in mid-June.

When we – and others – linked to the public submissions page, there was such a response that the WHO’s website actually briefly crashed, or they pretended it crashed so people would stop sending them letters.

Either way, it’s a win. Hopefully one we can replicate in the summer.

Until then, the signs are that what scant press coverage there is, mostly across the metaphorical back-pages of the internet, will be focused on making the treaty “strong enough” and ensuring national governments can be “held accountable”.

An article in the UK’s Telegraph from April 12th headlines:

It focuses on a report from the Panel for a Global Public Health Convention (GPHC), and quotes one of the report’s authors Dame Barbara Stocking:

Our biggest fear […] is it’s too easy to think that accountability doesn’t matter. To have a treaty that does not have compliance in it, well frankly then there’s no point in having a treaty,”

The GPHC report goes on to say that the current International Health Regulations are “too weak”, and calls for the creation of a new “independent” international body to “assess government preparedness” and “publicly rebuke or praise countries, depending on their compliance with a set of agreed requirements”.

Another article, published by the London School of Economics and co-written by members of the German Alliance on Climate Change and Health (KLUG), also pushes the idea of “accountability” and “compliance” pretty hard:

For this treaty to have teeth, the organisation that governs it needs to have the power – either political or legal – to enforce compliance.

It also echoes the UN report from May 2021 in calling for more powers for the WHO:

In its current form, the WHO does not possess such powers […]To move on with the treaty, WHO therefore needs to be empowered — financially, and politically.

It recommends the involvement of “non-state actors” such as the World Bank, International Monetary Fund, World Trade Organisation and International Labour Organisation in the negotiations, and suggests the treaty offer financial incentives for the early reporting of “health emergencies” [emphasis added]:

In case of a declared health emergency, resources need to flow to countries in which the emergency is occurring, triggering response elements such as financing and technical support. These are especially relevant for LMICs, and could be used to encourage and enhance the timely sharing of information by states, reassuring them that they will not be subject to arbitrary trade and travel sanctions for reporting, but instead be provided with the necessary financial and technical resources they require to effectively respond to the outbreak.

It doesn’t stop there, however. They also raise the question of countries being punished for “non-compliance”:

[The treaty should possess] An adaptable incentive regime, [including] sanctions such as public reprimands, economic sanctions, or denial of benefits.

To translate these suggestions from bureaucrat into English:

In combination, these proposed rules would literally incentivize reporting possible “disease outbreaks”. Far from preventing “future pandemics”, they would actively encourage them.

National governments who refuse to play ball being punished, and those who play along getting paid off is not new. We have already seen that with Covid.

Two African countries – Burundi and Tanzania – had Presidents who banned the WHO from their borders, and refused to go along with the Pandemic narrative. Both Presidents died unexpectedly within months of that decision, only to be replaced by new Presidents who instantly reversed their predecessor’s covid policies.

Less than a week after the death of President Pierre Nkurunziza, the IMF agreed to forgive almost 25 million dollars of Burundi’s national debt in order to help combat the Covid19 “crisis”.

Just five months after the death of President John Magufuli, the new government of Tanzania received 600 million dollars from the IMF to “address the covid19 pandemic”.

Globalists backed coups and rewarded the perpetrators with “international aid”. The proposals for the Pandemic treaty would simply legitimise this process, moving it from covert back channels to overt official ones.

Now, before we discuss the implications of new powers, let’s remind ourselves of the power the WHO already possesses:

We have already seen the WHO abuse these powers in order to create a fake pandemic out of thin air…and I’m not talking about covid.

Prior to 2008, the WHO could only declare an influenza pandemic if there were “enormous numbers of deaths and illness” AND there was a new and distinct subtype. In 2008 the WHO loosened the definition of “influenza pandemic” to remove these two conditions.

As a 2010 letter to the British Medical Journal pointed out, these changes meant “many seasonal flu viruses could be classified as pandemic influenza.”

If the WHO had not made those changes, the 2009 “Swine flu” outbreak could never have been called a pandemic, and would likely have passed without notice.

Instead, dozens of countries spent millions upon millions of dollars on swine flu vaccines they did not need and did not work, to fight a “pandemic” that resulted in fewer than 20,000 deaths. Many of those responsible for advising the WHO to declare swine flu a public health emergency were later shown to have financial ties to vaccine manufacturers.

Despite this historical example of blatant corruption, one proposed clause of the Pandemic Treaty would make it even easier to declare a PHEIC. According to the May 2021 report “Covid19: Make it the Last Pandemic” [emphasis added]:

Yes, the proposed treaty could allow the DG of the WHO to declare a state of global emergency to prevent a potential pandemic, not in response to one. A kind of pandemic pre-crime.

If you combine this with the proposed “financial aid” for developing nations reporting “potential health emergencies”, you can see what they’re building – essentially bribing third world governments to give the WHO a pretext for declaring a state of emergency.

We already know the other key points likely to be included in a pandemic treaty. They will almost certainly try to introduce international vaccine passports, and pour funding into big Pharma’s pockets to produce “vaccines” ever faster and with even less safety testing.

But all of that could pale in comparison to the legal powers potentially being handed to the director-general of the WHO (or whatever new “independent” body they may decide to create) to punish, rebuke or reward national governments.

A “Pandemic Treaty” that overrides or overrules national or local governments would hand supranational powers to an unelected bureaucrat or “expert”, who could exercise them entirely at his own discretion and on completely subjective criteria.

This is the very definition of technocratic globalism.

“The first thing I want to do is compartmentalize people’s thinking because it’s all jumbled up, there’s so much information. There’s two categories that I’m gonna talk about.

One is amendments to the international health regulations and the other is the proposed pandemic treaty. And, uh, going back to the first one, the amendments to the IHR, these were submitted by the US in January, they may be voted on in May and they could be enforced in November. And we’ll get into a little bit of the details with that.

The pandemic treaty is much more vague. That could go on forever.“

James Roguski is an author, researcher, activist, and natural health advocate. He specializes in researching highly complex issues and translating data into simple language that is easily understood to facilitate action.

Here’s what WCH members, staff, and coalition partners are saying about James’ presentation:

Christof Plothe DO to Everyone ( PM)
Peoples treaty is a great idea….

Interest Of Justice to Everyone ( PM)
Thanks James for standing up to the WHO overreach! Hope you get called in the hearing!!!