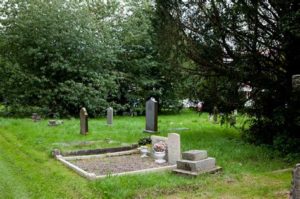 2021 has been a veritable annus horribulus with the coming year, 2022 shaping up to be still worse.

Jacinda Adern reached a confidential agreement with Pfizer and since then Pfizer has been the only “vaccine” available in the country. The government began their rollout of the experimental mRNA jab in February. You can read a media version of the programme with their version of how many people have been jabbed HERE .

I remember an early report of a vaccine death.  It was reported by the NZ Herald that the woman had died shortly after receiving the Pfizer jab but this article was quickly amended to take out any reference to the jab, ostensibly to: “not give any ammunition to the ‘anti-vaxxers’ “

Since then we have had TWO deaths reported in the NZ media and no reference whatsoever to the many injuries. It has been obvious to anyone paying attention that large numbers of people have been injured.

I don’t think that anyone in my social circle is aware of anyone having had covid-19, still less having died from it.  By contrast, there have been many accounts of friends and acquaintances having been injured although, God be praised, we are not aware of any deaths.

I have been endeavouring throughout the year to get a true picture of how serious the situation has been but between the official statistics and the lies of government and media this has been well nigh impossible.

I have had to rely mostly on anecdotal reports such as the following, where a nurse describes what is happening in the hospitals:

However, now as the end of the year approaches I feel confident enough to report that there have been many deaths.

If you mention CARM (or the New Zealand Pharmacovigilance Centre) – a kind of VAERS equivalent – unless you are in the know, you are likely to get a blank stare. I am fairly sure that general practitioners have been told NOT to report cases.

Just try going to your local health professional and try and explain that you have been injured by the vax and you are more likely than not to be told that you are suffering from anxiety or that your symptoms are just a big coincidence.

So it is reasonable to assume that the figures put out by CARM are about as indicative as VAERS, which has been estimated to represent only 1 % of all vaccine injuries.

For all that CARM has just come out with its report up to 4 December:

This came out last night 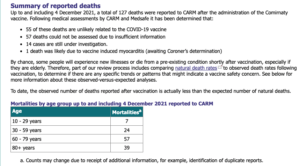 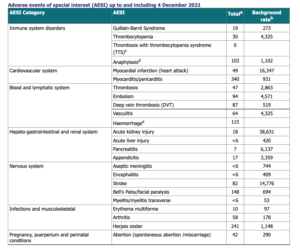 Of course, the officials go out to explain that the benefits of the vaccine “far outweigh” the risks and they have been unable to establish any link between the death and the “vaccine”.

In recent days I have stumbled upon the following spreadsheet of deaths that have been reported to Lynda Wharton’s Facebook page, Health Forum NZ. This shows that, not 100, but 300 people have died as a result of the jab.

This is important, significant (and selfless) work by 50 hard- working volunteers.

This database is, in my mind likely to also be conservative because it relies on people reporting to a group that few people have heard of – so it is indicative.

The problem is that this information has not been shared anywhere they I know of and  is buried amongst other information on social media (Facebook, MeWe and Telegraph, so is not easily accessible.

That is partially why I have decided to present this data here. 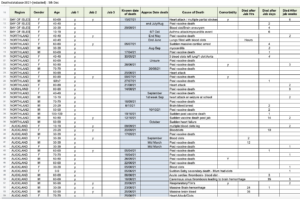 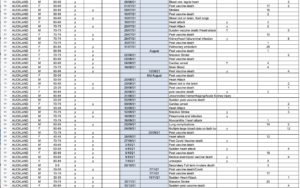 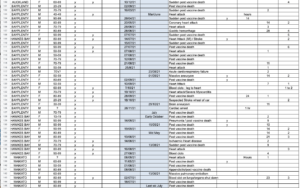 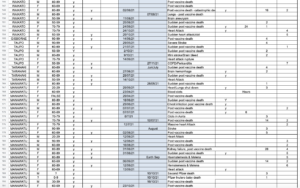 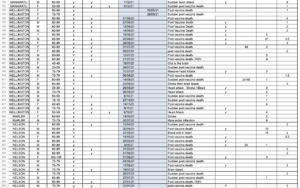 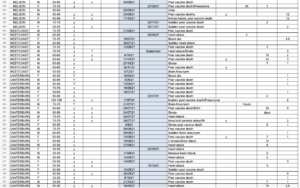 In the database you can see every type of injury represented, from strokes to heart attacks, blood clots to sudden reactions to the vaccine over the period from February to December.

The above discussion implies that the numbers of injuries (AEFIs) are low compared to the number of doses administered.

Cast your mind back to last year and Jacinda Adern told us that EVERY death from COVID was important even if it was an 80 year-old who was going to die soon from a serious condition or the person had melanoma or died from a gunshot injury- all 27 of them at that stage. 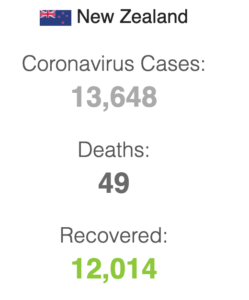 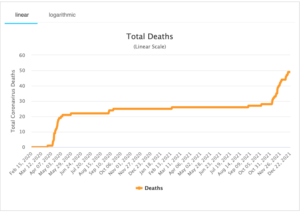 Have a look at the following.  After being stable for many months the rapid increase in deaths from “covid” seem to correlate with a “Vaxathon” held in late October to bring the vaccination rates up.

Just in recent days, Guy Hatchard PhD,  a statistician and former senior manager at Genetic ID, a global food safety testing and certification laboratory has come out with a first class analysis of the relationship between vaccination and all-cause mortality in elders .

This is the standard explanation from the authorities:

“An accurate measurement of all adverse events is not required”…

“By far the biggest and most powerful weapon we have in our fight against COVID-19 is vaccination – so we really need everyone from our whānau, families and communities to step up and play their part, and to help us reach those who have not yet come forward”.

The attitude is illustrated in this from Jacinda Adern:

In his article he clearly shows the correlation between deaths and vaccines:

“The temporal association between all cause deaths and vaccination for the 60+ age cohort during the roll out of the mRNA vaccine in NZ between the beginning of March 2021 to the end of October 2021 is graphically rather obvious even to a lay person. As weekly vaccination numbers rise to a peak, deaths peak. As vaccination numbers begin to fall, deaths also fall. The number of excess deaths in the weeks following vaccination is consistent with reports of 670 suspicious deaths proximate to vaccination submitted voluntarily to NZDSOS and NZ Health Forum and could actually be larger.”

“It is hard to escape the notion that resolutely maintaining that the vaccine was absolutely safe in the public messaging was a coordinated conspiracy of silence”.

In the end I always come back to anecdote to tell the story.

Here are just a few stories from our own experience.

There are numerous anecdotal reports of a spike in vaccine-related injuries and deaths as vaccination rates have increased.

For example, in the week following the ‘Vaxxathon, at the end of October, a friend of ours waited over four hours for an ambulance to take her to Hutt hospital to help deal with severe pain in her operated knee. An ambulance eventually turned up at 1.30 am.

A paramedic on duty at the time later reported that ambulances were flat out that night bringing vaccinated people from across the region to Wellington Hospital with symptoms including breathing difficulties and severe chest pain.

Another account from that time is recorded in a video of a young man admitted to Wellington Hospital with severe chest pain and a rash all over his face. The person who shared the video said that his friend, who was kept in hospital for 4 days, was shut down whenever he tried to make a connection between his symptoms and the Covid jab he had just received. One nurse just looked down at the floor and walked out, he reported.

So many people, vaccinated and unvaccinated, relate similar stories.

For example, a friend in his 70’s was rushed to Wellington hospital with a severe nose bleed after receiving his second jab. To the best of my knowledge this was not – and will not – be reported to CARM.

All of this underlines the fact that most incidents are not reported, those that are represent only a snapshot of vaccine-related  injuries and deaths across the country.

Here are a few recent stories.

Casey Hodgkinson talks with Liz Gunn. Casey was excited to get her first dose of Pfizer. She has been in a wheelchair since. Her symptoms have been minimized and denied by the professionals she has seen. This is her story.