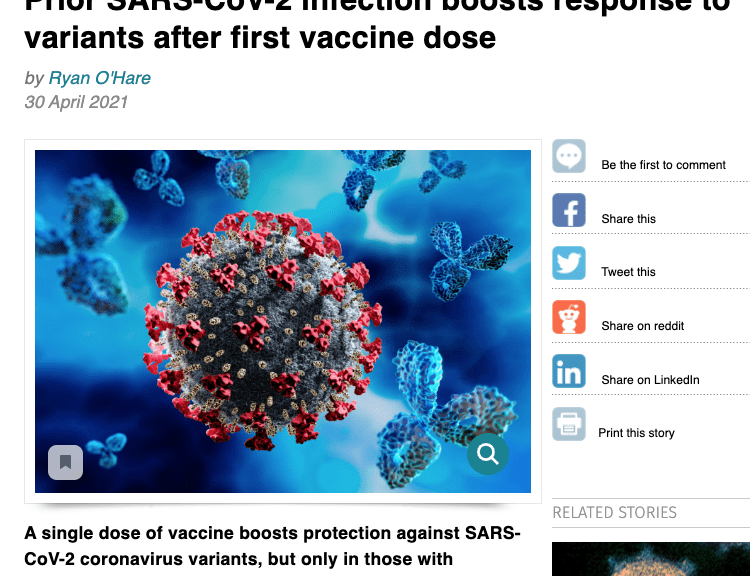 Traditionally, a vaccine was supposed to prevent infection and give immunity.

It turns out that for the “vaccine” to work you need to have been infected with covid-19 before!

That’s why we all need to have it.

Coronavirus: Single Pfizer shot not enough to protect against COVID variants unless you’ve had the virus before

A single dose of Pfizer’s coronavirus vaccine may not generate a sufficient immune response to protect against dominant new variants, except in people who have already been infected with COVID-19, according to a UK study published on Friday.

The Imperial College-led study, which looked at immune responses among healthcare workers in Britain after their first dose of the Pfizer shot, found that those who had previously had mild or asymptomatic infection had enhanced protection against more infectious mutated variants that emerged in Britain and South Africa.

But the immune response after a first dose of the shot was weaker in people who had not previously been infected, potentially leaving them at risk from such variants, researchers leading the work said.

“This study highlights the importance of getting second doses of the vaccine rolled out to protect the population,” said Rosemary Boyton, a professor of immunology and respiratory medicine at Imperial who co-led the study.

“People who have had their first dose of vaccine and who have not previously been infected with SARS-CoV-2 are not fully protected against the circulating ‘variants of concern’.”

The research, published in the journal Science, analysed blood samples for the presence and levels of immunity against the original strain of SARS-CoV-2 as well as the so-called UK variant, known as B.1.1.7, and another known as B.1.351 that emerged in South Africa.

It found that, after a first dose of the Pfizer vaccine, a boosted immune response in the shape of T-cells, B-cells and neutralising antibodies was associated with prior infection.

In people who had not had COVID-19, however, a single vaccine dose produced lower levels of neutralising antibodies against the original virus and its mutant variants.

Danny Altmann, an Imperial professor of immunology who co-led the study, said this meant there would be a “window of vulnerability” for people between their first and second doses. 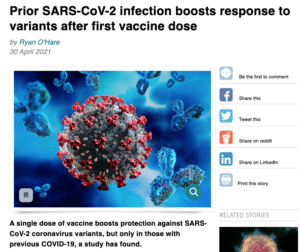 Someone ought to explain the following!

It seems that almost as many people are going to die after their second dose as the UNvaccinated.

Now, tell me the advantages of playing Russian roulette with an untested “vaccine” 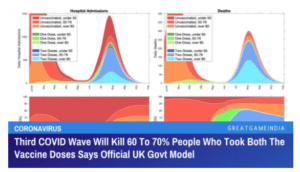