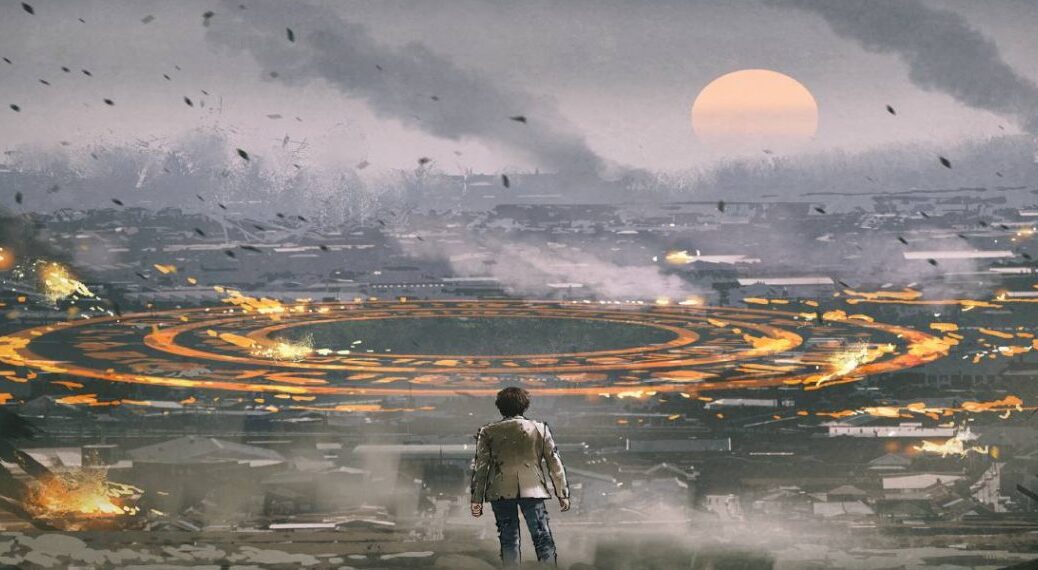 Here’s yet another narrative from WarNews24/7

The Ukrainian has entered a very critical orbit with the Americans being forced to meet Russian high-ranking officials on Turkish soil to warn the Kremlin at the highest level about the consequences of using nuclear weapons in Ukraine.

Initially, the Kremlin did not confirm the talks with the US in Ankara. But a little while ago there was an official announcement.

Kremlin spokesman Dmitry Peskov, responding to a question from journalists, confirmed the meeting. “Yes it is true, such negotiations took place. It was an initiative of the American side,” he said.

Confirmation of the reason for the meeting came a while ago from Washington.

This is the first face-to-face high-level diplomatic contact between the US and Russia since last January’s meeting between Russian Foreign Minister Sergei Lavrov and his American counterpart, Anthony Blinken, in Geneva.

It is an indisputable fact that the meeting took place 48 hours after the revelation of Russia’s use of an electromagnetic weapon and N. Medvedev’s threats to use weapons of mass destruction.

Apparently the Americans have enough information pointing in this direction and this may also explain the reason for the withdrawal of the Russians from Kherson.

Read also: NATO members speak of shock and awe: Russia will fry Ukraine with an electromagnetic pulse – They are preparing the supersonic Zircons (picture)

Perhaps the Russian general staff is planning a strike with a tactical nuclear weapon that will cause an electromagnetic pulse and kill the Ukrainian forces behind the Kherson, eg at their bases in Nikolaev and Odessa.

This gave Moscow the opportunity to counterattack in Kherson and Odessa, for example, from Transnistria. Assuming he would get sufficient forces there in time.

Read also: Time is running backwards for EMP use – N. Medvedev: “We will use weapons of mass destruction in time” – Evacuation of Kakhovka

The Kommersant newspaper wrote that talks are underway in Ankara between Russian and American delegations. The director of the foreign intelligence service (SVR), Sergei Naryskin, represented Russia.

Turkish authorities have not made any official comments. The Turkish channel NTV, citing sources in the Turkish special services, speculated that the meeting could be important in establishing lines of communication between Russia and the United States.

The Russian newspaper Kommersant reported that the talks between the Kremlin and Washington were about the war in Ukraine.

However, a US official denied this, saying that a central topic of the talks was the consequences of any use of nuclear weapons by Russia.

Initially, the Kremlin, when asked about the Kommersant report, said it was unable to confirm or deny it. Russia’s SVR agency did not respond to a request for comment.

But later, the Kremlin confirmed the “secret” meeting of the heads of the Russian and US Intelligence Services in the Turkish capital, Ankara.

Kommersant did not go into detail about the purpose of the talks, but reports that the meeting was not publicly announced in advance.

Komersant did not name the members of the American delegation. Naryskin’s counterpart in office is CIA Director Bill Burns, whom Joe Biden sent to Moscow in November 2021 in an effort to dissuade Vladimir Putin from the then-planned invasion of Ukraine.

A while ago, the Americans also confirmed the meeting.

“CIA Director William Burns is in Ankara to hold talks with the head of Russia’s foreign intelligence agency and to deliver a message about the consequences of a Russian use of nuclear weapons in Ukraine,”  a White House official said.

The US official said Burns, a former US ambassador to Russia, would not conduct any kind of negotiations with Naryskin.

Ukraine was informed in advance of Burns’ trip to Turkey, the official added. Burns will not discuss any kind of settlement to the war in Ukraine, but will deliver a message about the consequences of Russia’s use of nuclear weapons, he added.

“He is not conducting any kind of negotiations. He’s not discussing settling the war in Ukraine,” the official said, speaking on condition of anonymity, adding that Burns would also raise the issue of Americans detained in Russia.

“We informed Ukraine in advance about his trip. We firmly stick to our fundamental principle: nothing for Ukraine without Ukraine.”

US urges Kyiv for ‘realistic demands’

The White House confirmed last week that National Security Adviser Jake Sullivan has been in telephone contact with his Russian counterparts since the start of the war in Ukraine in an effort to prevent it from escalating.

The alleged meeting between Russians and Americans on Turkish soil comes after reports that US officials are pressuring Ukraine to compromise with Russia to end the war.

Sullivan denied last week that he is “pressuring” Ukraine, repeating what the Biden administration says, that he will not discuss “anything about Ukraine without Ukraine.”

US Joint Chiefs of Staff Mark Miley last week called on Russia and Ukraine to use the expected reduction in military operations over the winter to explore diplomatic solutions to the war. Zelensky and other Ukrainian officials say any deal should include Russia’s withdrawal from all occupied territories, including Crimea.

Borel: The start of negotiations with Moscow depends on Kiev

For his part, the High Representative of the European Union for Foreign Policy, Josep Borrell, said in the morning that starting negotiations with Russia to end the hostilities in Ukraine depends on Kyiv itself, and is not a decision of the West.

When asked by a journalist, during his attendance at the meeting of EU foreign ministers in the Belgian capital, whether the West is pressuring Kyiv to start peace talks, the Spanish diplomat replied that it is up to Ukraine when it decides to enter the negotiation process with Russia.

“Ukraine will decide what to do. Our task is to support her, ” Borrell said.

Estimates in diplomatic circles and the media are converging on putting pressure on Kyiv to now accept the start of negotiations with Moscow, having just liberated Kherson.

In addition, Borel noted that “today an important decision is the start of the training mission of the Ukrainian army. The shipment will be up and running in a few weeks. It will be in Poland and many countries are willing to participate in this mission, which will train about 15,000 Ukrainian soldiers.”

An electromagnetic pulse lasts a fraction of a second and reaches the target almost immediately, travelling with the speed of light

What are Electromagnetic Pulse weapons, how do they work? | EMPs: Non-lethal, but hyper-destructive