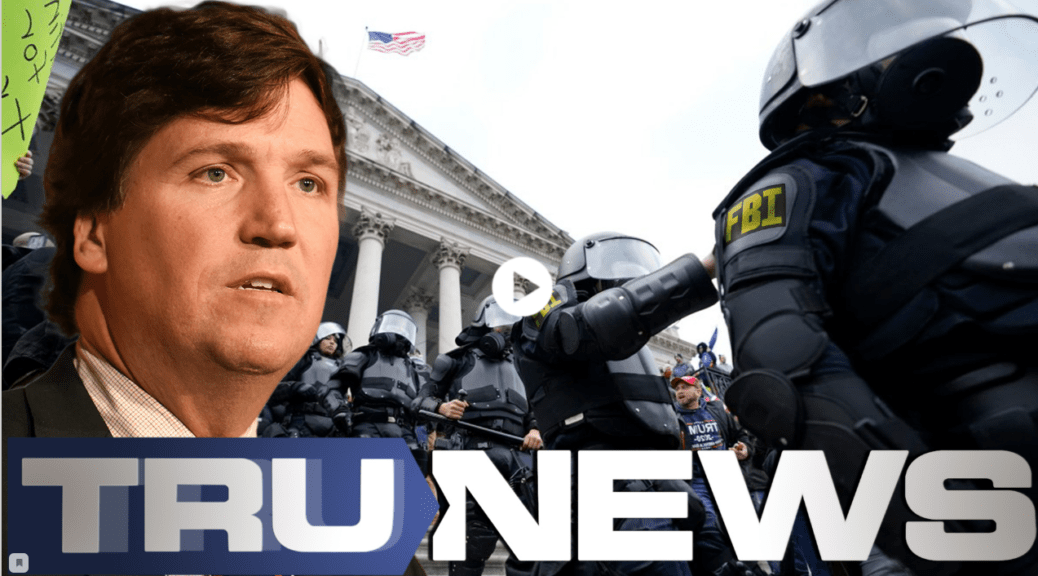 Today on TruNews, Edward, Lauren, and Doc dissect the Putin-Biden face-off, despite the superpower summit not having snacks. Milo joins the program, and the team discusses the infiltration of the January 6th riot by FBI operatives. Lauren lays out the facts of her being de-banked by Wells Fargo.

In our final segment, a heartwarming update on the mother and child abandoned by FBI informant/faux Proud Boy Enrique Tarrio.

President Biden finished fielding questions following his solo press conference after today’s some two-and-a-half hour long bilateral summit with Putin in Geneva (shorter than widespread expectations). Just as he was walking away from the podium, reporters in the press pool continued shouting him down with questions. It seems many weren’t satisfied with his apparently more amicable and conciliatory than expected stance on Putin and Russia generally.

Specifically it seems some were disappointed that he didn’t personally condemn Putin with harsher language, and that’s when this unexpected scene played out… “What the Hell?” the US President shouted back at CNN’s Kaitlan Collins after she got his attention by calling out his saying he was “confident” about the future trajectory of US-Russia dialogue.

“What do you do all the time?… If you don’t understand that, you’re in the wrong business,” a clearly agitated and angry Biden followed with, appearing to immediately ‘get personal’ instead of dealing directly with the question.

The clip went viral in the moments after if happened, with some quipping that “Biden needs to take anger management classes.”

It’s hilarious and just a tad bit ironic that it was CNN feeling the wrath of the Democratic president. It seems perhaps the “never-Trumper” mainstream media honeymoon with Biden could finally be over with this moment.

Only days ago, Biden was being heralded as the “cool man under pressure” who would finally stare down Putin and “win”.

But apparently it’s his own traveling White House press pool that got under his skin more than his Russian counterpart ever did.

Biden later expressed regret for the exchange, which he chalked up to simply acting like “a wise guy”: