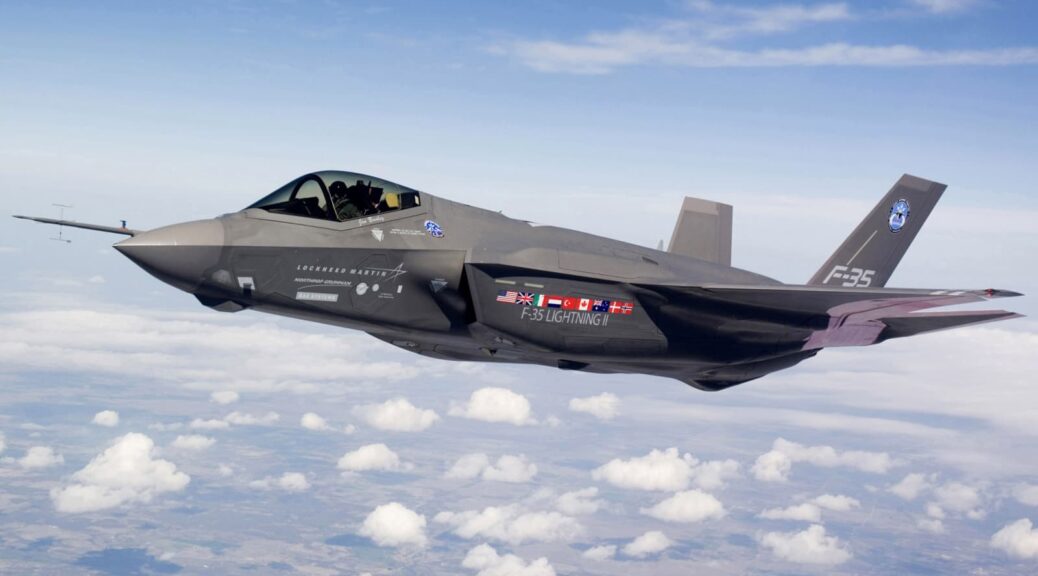 A decision was made inside the United States last year to “kill off the competition” and as a result, Europe must be industrially killed.   War was the means chosen; Ukraine is the theater in which it is to take place.

Today, 12 US Air Force F-15E Strike Eagle fighter-bombers, as seen in a file photo above, are expected to arrive in the UK.

and the same number of F-15s of multi-role modifications on the territory of European countries. 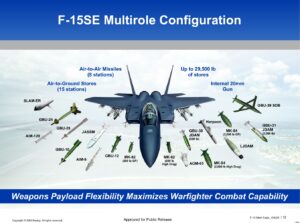 For months, the world has watched as the U.S. and its NATO vassals, take deliberate steps to engage Russia in direct war.  Russia has not taken the bait . . . yet.

The reasoning behind the militant actions of the U.S. and NATO escaped most folks.  Sure, the whole “protect democracy” nonsense has been spewed endlessly and the dupes in the general public believe that, but slaughtering hundreds of thousands of people through war is never a good option.

So what is the __real__reason for the whole blow-up?

Well, Ukraine has a well-earned reputation for being the most corrupt nation in Europe and likely, the world.   Politicians launder “foreign aid” money through Ukraine, then filter it back to their own pockets through non-governmental organizations  and then into shell corporations they control.  So that’s a reason the powers-that-be want to keep Ukraine in existence; it feeds their cash.

Child sex trafficking is another reason.  Ukraine is a literal hub for kidnapped children being forced into the sex trade for deviant, degenerate, perverts that infest the so-called “elite.”  The upper classes of society have become so evil, so filthy, that rich perverts enjoy sexing children. So that’s another reason the rich and powerful want Ukraine in existence.

Cocaine and Heroin trafficking throughout Europe and into the USA is very lucrative and Ukraine is so saturated with illicit drugs that even their President has a reputation for being a coke-head.  So that’s another reason the rich and powerful want Ukraine around.

But while these activities and the cash they generate are sizeable, something much, much, bigger had to be in the works.

I have found out what that “something” is.

Europe Must Be Killed

The real goals of the US in Ukraine are the destruction of Europe and its economic leader: Germany.

Let’s describe the world situation at the beginning of 2022 (immediately note that I give inaccurate figures to do justice to MMI and @Spydell_finance, but the approximate figures do not affect the disposition itself or the conclusions):

China: GDP: $16.9 trillion. Industrial sector ~30.5%, or $ 5.1 trillion. Export economy 15.3% with an export degree of 1.35 (easily interchangeable, technologically not advanced, but massively price-elastic, requires low profit margins of producers and not expensive labor, as well as agglomeration of producers).

The EU as a whole. GDP 17 trillion USD (suddenly !!! more than China, or at least the same amount). Industrial sector ~25%, or $4.1 trillion. (suddenly a little less than China). Only this branch of industry, as already written above, is a high-tech sector, that is, a marginal area that allows rapid positive capital growth.

US. GDP $22.9 trillion USD. However, the industrial sector accounts for only 18%, or $ 4.1 trillion. (Suddenly less than China and just as much as the EU)!!! And the financial sector is over 20%, as is the entire service sector with 77% of the economy.  But even this industrial sector accounts for only 7.7% of exports and has an export development index (ECI) of only 1.57 (just like China).

To go back to the beginning of the year, the accumulated imbalances in Quantitative Easing (QE) by the federal reserve are accelerating inflation and could bury the entire dollar system.

The end of QE and the beginning of the Fed’s balance sheet reduction would guarantee the collapse of the services sector, the near-death of the financial sector and a large part of venture capital IT as zombie companies with negative revenue margins or without cache flow.

In order to survive, the United States urgently need to develop the real economy, i.e. industry.

So what to do?

To get more industry, the US has to get it from somewhere it already exists.   Let’s look at each possible candidate for the US to grab industry:

Option 1: China.
But, firstly, China is a subject (sovereign), secondly, the Chinese and US economies are too intertwined, and thirdly, the development of an industry comparable to China means low profit margins, long payback periods and falling personal incomes. And a decrease in personal income is a revolution in the USA. The option is not suitable.

However, the business is so profitable because it is very technological, i.e. it has a high and long entry threshold. It takes decades of development, thousands of patents and the construction of a team of specialists.

But the patents, specialists and companies do not belong to the EU.

The US has to force these companies in their entirety to move to the USA, just as, for example, low-margin production migrated to China in the 90s.

To do this, you need to create unbearable conditions for the economy: war, hunger and cold.

News 1:
German industrial production fell by 1.8% in the first 8 months of 2022 due to sanctions against Russia, and the German chemical-pharmaceutical sector (high gas dependence) recorded a decrease of 10.7%.

News 2:
The Wall Street Journal published a report on the mass relocation of large German companies to the New World on September 21.
https://www.wsj.com/articles/high-natural-gas-prices-push-european-manufacturers-to-shift-to-the-u-s-11663707594

News 3: Explosion at branches of Nord Stream 1 and 2.

To those watching closely, all these things are links in a single chain of events: The EU must be destroyed. At any cost.

It doesn’t matter how many people get killed, there’s $4+ TRILLION dollars a year (of real industry) at stake.

It doesn’t matter how many cities or even countries get wiped out, there’s $4 TRILLION dollars a year  (of real industry) at stake.

People will breed, so they can replace whatever war dead take place.  Cities and countries can be rebuilt.  But the $4 TRILLION a year (of real industry) absolutely, positively, must — and will — come to the US.

This war is about money.  $4 TRILLION a year in real industry.  Anyone who gets in the way of that will be steamrolled.

This is the main goal of the USA in Ukraine.