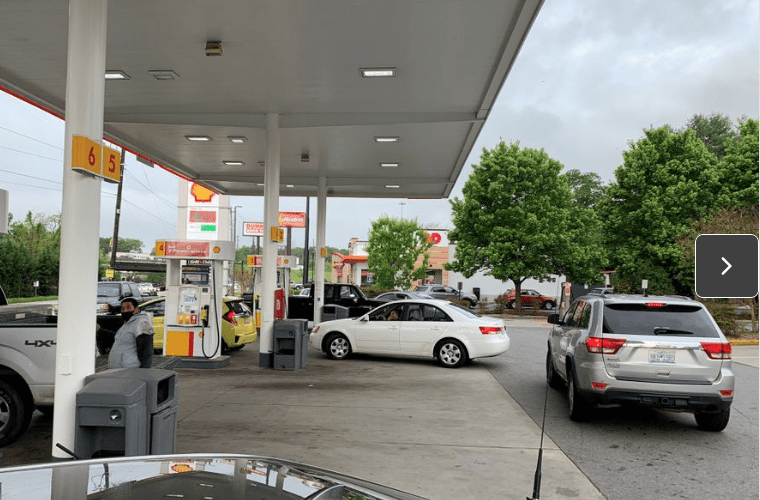 Update (1028ET): In a stunning reversal to the official narrative in which the good guys lost and those evil “Russian” hackers ended up with nothing, Bloomberg reports that Colonial paid the DarkSide hackers approximately $5 million in cryptocurrency (which Bloomberg now calls “untraceable” when in its every other hit piece crypto is supposedly completely “traceable”) within hours of the attack last Friday, contradicting a WaPo report it had no plans to pay the ransom to unlock its paralyzed pipeline system.

Or what a difference one day makes: here is WaPo reporting, citing its usual unnamed disinformation sources “familiar with the matter”:

Once the ransom was paid, the hackers provided Colonial with a decrypting tool to restore its computer system, but “the tool was so slow that the company continued using its own backups to help restore the system, one of the people familiar with the company’s efforts said.”

Yeah right. Alas, now that everyone is lying – that WaPo’s sources were dead wrong is hardly a surprise – we will need to get the full story from the hackers themselves. Like, for example, what cryptocurrency was used to make the $5MM payment (we assume bitcoin, adding insult to injury for the ESG cult which faces the double whammy of all those millions of gallons of gasoline flowing again and the realization that Chinese power plants used to mine bitcoin raised global temperatures by at least 1 degree to bring us this payment).

Of course, the FBI has requested companies and local and state governments not to pay ransom upon an attack because there is no guarantee the hackers will unlock files. Furthermore it will only incentivize more hacks, so we can only imagine what nuclear power plant(s) will be held for ransom next.

Finally, as expected, official sources were completely useless with VOA’s Steve Herman quoting Brandon Wales, the acting director of CISA, as saying, he “cannot confirm or deny whether Colonial paid the ransom.”

Earlier:  After six days of a fuel shortage crisis that has rocked much of the Southeast US, Colonial Pipeline announced at 0900 ET that it “has made substantial progress in safely restarting our pipeline system and can report that product delivery has commenced in a majority of the markets we service.”

Colonial said by mid-day, each market it services should be “receiving the product from our system.” The pipeline carries about 100 million gallons per day of gasoline, diesel, and jet fuel.

The green segments on the map below are operational, meaning gasoline, diesel, and jet fuel are flowing through the system. The blue lines represent those segments that will be operational later today.

With product flowing through the system, that doesn’t necessarily mean fuel shortages will instantly diminish. There’s still a shortage of qualified tanker drivers to haul fuels to gas stations.

Shortages of gasoline at retail stations in the U.S. Southeast became more widespread on Thursday after days of panic buying triggered by a major pipeline shutdown that is now in the early stages of an attempted restart.

Drivers from Virginia to Florida struggled to find service stations that still had fuel to sell, and those that succeeded waited in long lines to pay prices that had climbed to their highest in years.

Nicole Guy, a leasing agent in Atlanta, spent much of Thursday morning driving from one shuttered gas station to another in a desperate attempt to refill her tank, before pulling over to gather her thoughts.

“My sister paid $3.50 at the pump last night for her car,” she said. “I thought if I went looking today I’d find a better deal. I never paid that much at the pump.”

She said she was about to call friends for help finding fuel: “Maybe one of them knows of a spot,” Guy said. “Otherwise I’ll keep looking.”

Around 70% of gas stations in the state of North Carolina were without fuel, along with about half the stations in Virginia, South Carolina and Georgia, an increase from Wednesday, according to tracking firm GasBuddy.

The average national gasoline price rose above $3.00 a gallon, the highest since October 2014, the American Automobile Association said, and prices in some areas jumped as much as 11 cents in a day.

The Colonial Pipeline, which shut Friday after a ransomware cyberattack, said it had begun the restart process but would take days to resume normal operations, something that experts said will keep fuel stations scrambling for supply.

The Colonial system carries 100 million gallons per day of gasoline, diesel and jet fuel to the East Coast, nearly half the region’s supply. Motorists’ tempers have frayed in recent days as panic buying led stations to run out even where normal wholesale deliveries were still being made.

State and federal authorities pleaded with motorists not to hoard gasoline, saying stockpiling would only make matters worse, and even had to issue a warning against using plastic bags to store fuel.

Ken Crawford, 51, a self-employed landscaper resorted to using a friends membership card to buy fuel at the members-only Sam’s Club Fuel Center in metro Atlanta, after failing to find other retail stations that were open.

“I know it’s not exactly kosher to use someone else’s (card) but I’m in a spot,” Crawford said. “I need gas and I don’t see any places still open.”

Katlyn Norton, 29, a stay-at-home mother of two from Mobile, Alabama, was in Atlanta Thursday visiting relatives and to take her children to the Atlanta Aquarium. She was lucky enough to find a Texaco still selling gas in Midtown Atlanta, charging about $3.43 a gallon for regular unleaded.

But she worried it would be the last top up for a while.

“We were supposed to head home today, but I’m not sure we’d get enough gas to make it,” Norton said of the roughly five-hour trip to head more than 300 miles southwest.

“We thought about trying our luck, but with the kids, I think we’d better stay put. Better to be safe.”