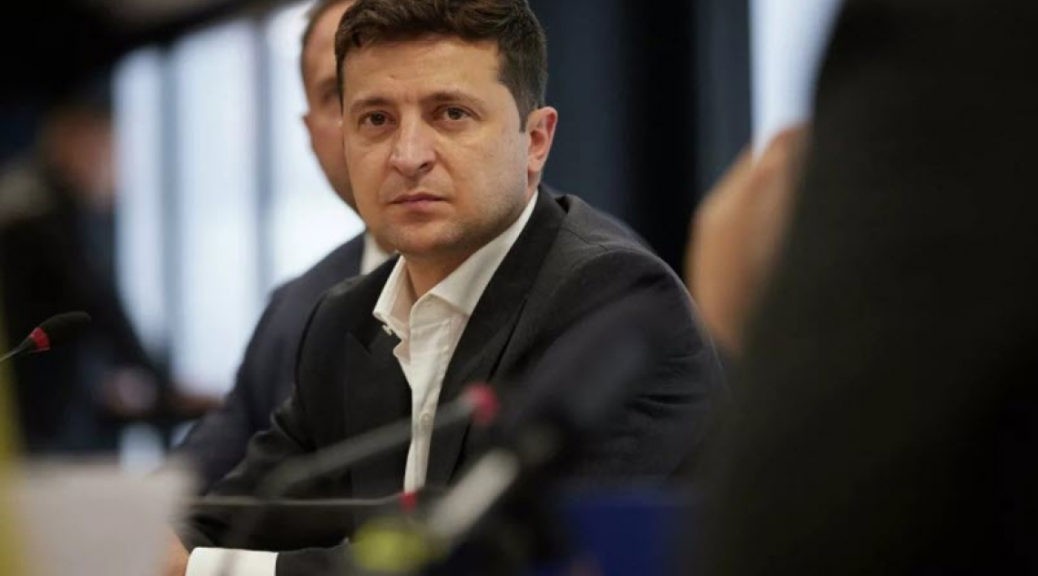 NATO is sending the High Readiness Impact Force (VJTF) to the Black Sea against Russia following the transfer of the Caspian Fleet to the Sea of ​​Azov and the naval blockade announced yesterday against Ukraine.

NATO and Ukraine see Russian aggression at the gates. In fact, Ukrainian sources published maps with the arrangement of the Russian Fleet in the Azov and the possible axes of attack of Moscow.

It is noted that the High Readiness Impact Force was created after 2014 precisely because of Ukraine and for… Ukraine.

Biden catastrophic mistake: The Russian Fleet imposed a naval blockade on Ukraine and is preparing for landing – They are fortified with sandbags! (video)

Already, the Caspian Fleet, which was transported almost entirely to the Azov Sea, has received a landing order opposite Mariupol. Everything shows that a landing is planned.

According to Ukrainian sources, a Russian amphibious exercise in the region will be announced soon. The Russians are targeting while transporting a Goryn SB-36 class tug and a PGS-123 firefighting vessel near Opuk.

According to Ukrainian and Russian sources, six Russian Amphibious cruise ships of class 11770 Serna and 3 corvettes of class 21631 Buyan-M capable of launching Caliber cruise missiles are in the Sea of ​​Azov.

Earlier in the day, Andrei Illarionov, a former adviser to the Russian president, called for a ” possible strike on the mainland Taurus in northern Crimea, the occupation of the Northern Crimea and the secession of Ukraine from the Black Sea.” 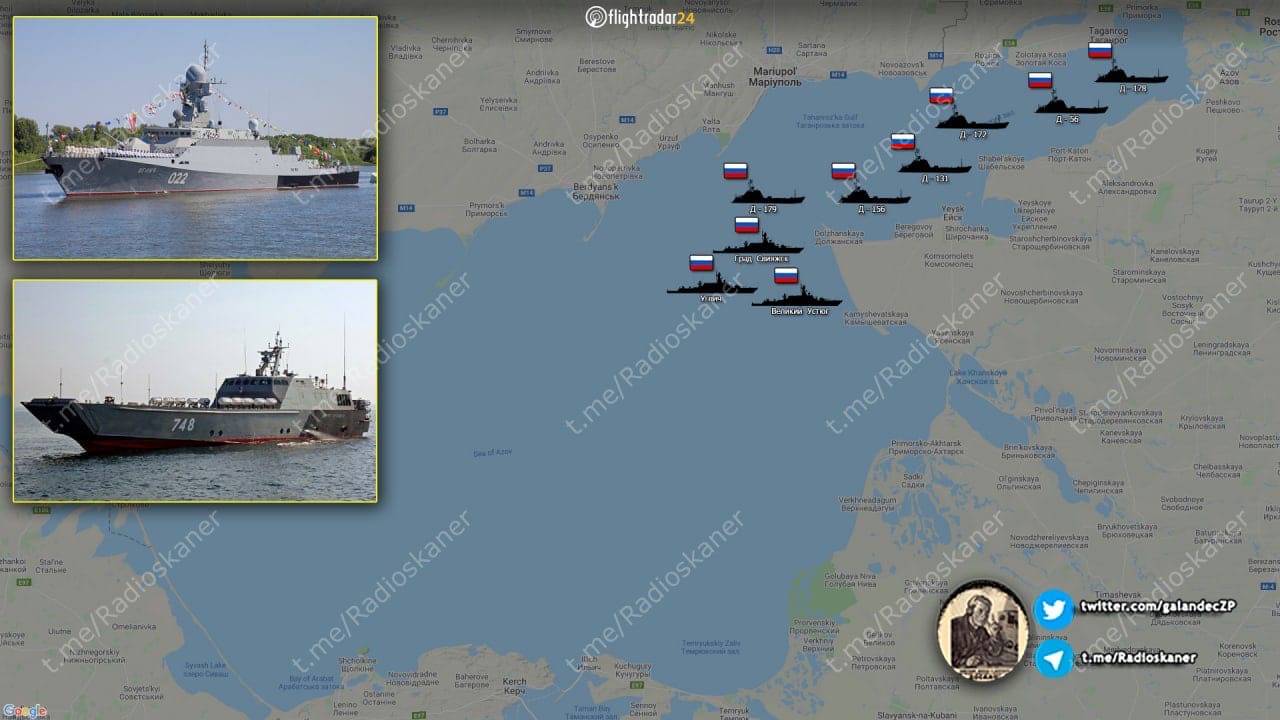 “We are concerned about reports that Russia plans to restrict access to the Black Sea and the Kerch Strait. This would be an unwarranted move, part of a larger plan to destabilize Russia.

We call on Russia to ensure free access to Ukrainian ports in the Sea of ​​Azov and to allow freedom of navigation.

We call on Russia to de-escalate immediately, to stop the challenges and to respect the international commitments.

“We fully support Ukraine’s sovereignty and territorial integrity within its internationally recognized borders.”

the western tip of the Crimea, the zone south of Sevastopol in Khurzuf and finally the “triangle” off the Kerch Peninsula near the Opuksky Marine Park.

The latter zone is the most controversial because it is located near the Kerch Strait, which connects the Black Sea with the Sea of ​​Azov and is crucial for Ukrainian grain and steel exports.

According to information from WarNews247, a ship – a harbinger of the newly formed NATO High Readiness Force – has sailed to the Black Sea and the final destination is the Romanian port of Constanta.

The cargo ship with a British flag recently crossed the Straits and carries accounting support for the specific NATO force.

This means that the NATO VJTF Impact Force will be deployed on the Black Sea in Romania but with a view to Ukraine.

The newly formed “High Readiness Impact Force” (VJTF) of the Alliance, consists of 5 Battalions which are on standby in rotation.

These Battalions are supported by air and naval units, as well as by special forces. The total strength of the new formation reaches 5,000 executives and is the spearhead of NATO’s broader Rapid Action Plan, which was presented during the meeting of the leaders of the Alliance member countries in Wales in September 2014.

This plan is NATO’s response to developments in eastern Ukraine. The new “High Readiness” military formation is organized and equipped in such a way that it can operate anywhere within 48 hours, from the moment it is called to action. 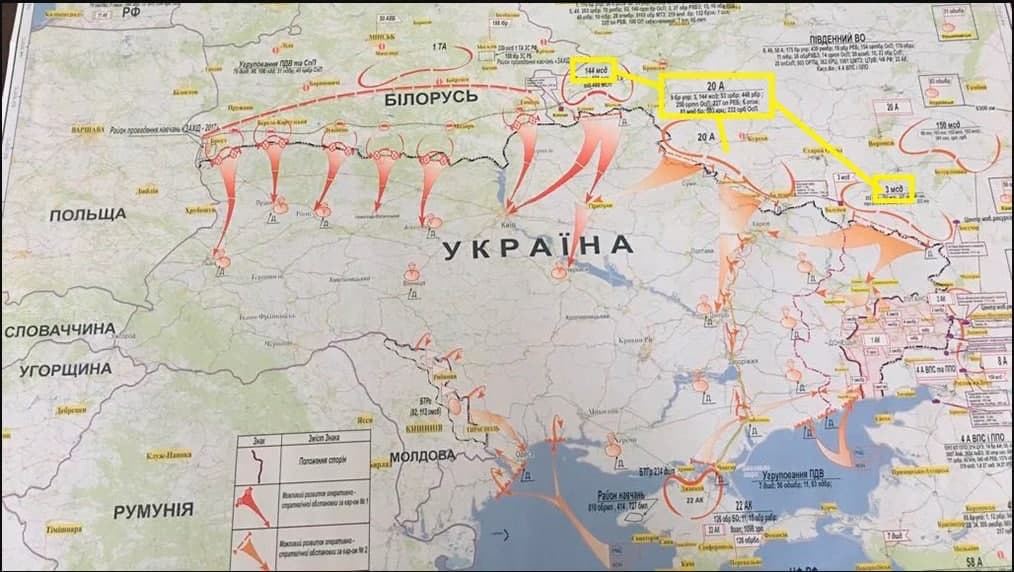 According to NATO sources, this force will be able to act before a possible crisis erupts.

NATO’s new Rapid Reaction Force consists of four divisions: the Command and Control Division, the “High Readiness Impact Force”, the “Initial Reinforcement Force Group” and the “Reaction Force” with a total force of over 30,000 men.