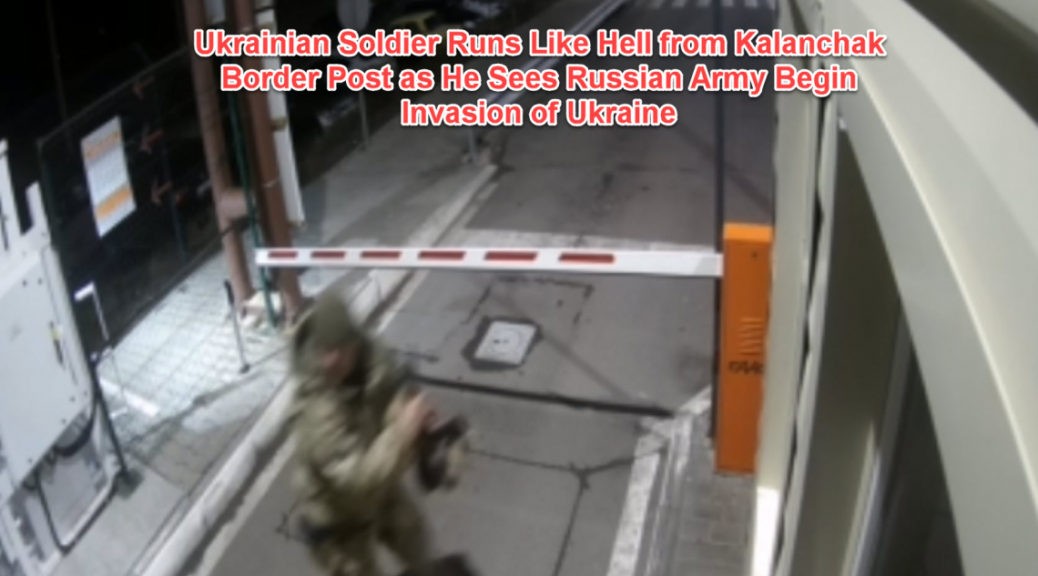 I am pleased to have imbibed some of Krishnamurti’s teachings, especially about staying with the “what is”, rather than the “what should be”.

I am also human and can recognise and own my own subjectivity and generally can distinguish when I am dealing with facts and when I am speculating.

Another principle (that I picked I up from a friend, a Russian Jew who just happened to hail from Lviv) was “optimism is the absence of realism”.

All of that is the obverse of the liberal world view which ALWAYS sees things in terms of what should be, so much so that when reality impinges you have to go into the most amazing contortions and double standards, which leads to more and more distortions until eventually, as we are seeing, everything we see or watch on western media is one Big Lie.

Which brings us to another characteristic of the liberal view point –  If something is not A it has to be B. If I decline to adopt the position of the Left that makes me ipso facto Right. All of this preposterous fight with Reality has brought us to today and more irrational paroxysms of hatred towards Putin and Russia.

Put simply, I cannot see what is happening in terms of us vs. them, Right vs. Wrong.

That is the liberals.

What about the Left?

I chuckled when I saw this.

Funny, but equally shallow as what he is criticising (par-for-the course when you do all your “analysing” by Twitter).

But then he goes on to say “fascists? where are the fascists?

If Martyn Bradbury could be humble enough and actually listen I could tell him where the fascists are.

I spent thousands of hours on this from 2014 onwards, dropping the ball during the Trump administration because it was relatively quiet until Biden was installed into the presidency and within weeks it all flared up again. There are certain things that are clear in my memory. The first is a massacre of dozens of people in the trade union centre in Odessa on The reaction of the new government was not to investigate but one of mocking and derision. 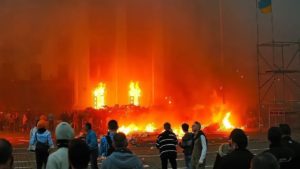 The other is an attack by the Ukrainians in June, 2014 in which citizen Inna Kukuruza was killed.  This is described in THIS article, although the video from the time has long been scrubbed from the internet. The other is a video (also long-since disappeared) which showed Ukrainian nazis hanging an elderly couple in the forest for the sin of being Russian.

Even if you are two lazy to look at the evidence there is the simple fact of 14,000 dead in Donbass.

If you go back to my blog, https://robinwestenra.blogspot.com/ and look at the archives for 2014 and 2015. I covered this in great detail although you will find that most of the video evidence has been wiped from the internet.

The following two articles, the first from 2014, the second from 2018 could be useful in providing some historical background.

Five years after the Maidan uprising, anti-Semitism and fascist-inflected ultranationalism are rampant.

No nazis anywhere, even if they do wear the swastika.

Except in New Zealand where they are swarming around us.

Getting back to Mr. Bradbury you can only say such ridiculous things when you ignore the evidence (it takes effort and lots of reading to discern the truth) and pontificate loudly based on little or no evidence.

If there are no nazis in the New Zealand Herald then obviously they don’t exist!

There are lots of photos of smoke coming from various objects. Have a look at the following photo, 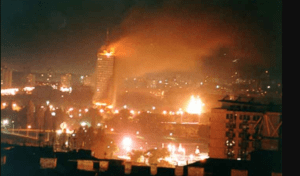 No, this is not Kiev or Kharkov.

So, my conclusion is that there is a lot of historical justification to what Russia has just done (that is my opinion). What worries me, is not to argue about “right vs wrong” but to identify the possible unintended consequences – or are they unintended?  There has been a lot of commentary saying the globalists want to bring the economy and civil society down but they need someone to blame it on.

Now, they have it, in Vladimir Putin.

Already we see oil up, natural gas up in Europe.

These are some of the things Hal Turner has identified might be possible Russian reactions to western response.

We are going to see a lot of information (and possibly more disinformation) from both sides.

RT is declining in the trustworthy stakes, especially during war.

However, having said that I have never seen them carry out fakery of the sort we see here 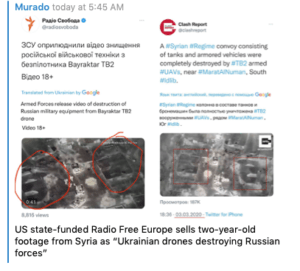 So what alternative do we have but to sit and watch (and hopefully not panic)?

One thing to be said for obsession with these affairs is that one is not usually so shocked when Reality impinges on your fantasies.

As Mike Ruppert used to say, “get out the popcorn!”